The Gay Marriage Decision: Why it Matters, and Why it Doesn’t

Recently the U.S. Supreme Court heard arguments as to whether or not state bans on gay marriage are constitutional, and whether those states can refuse to recognize gay marriages. A decision will be rendered sometime  in June.

We could talk about the fact that if we were technically accurate in our vocabulary, we’d recognize that gay people have always had the ability to be married (just not as they want to), since marriage is by definition a binding relationship between a man and a woman, and no one is denying those rights. They’re not allowed to make words mean whatever they would like. 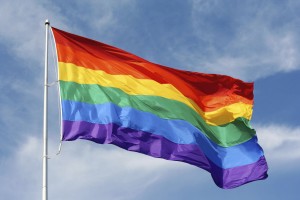 Or we could get into a discussion of the cases to be made, such as the merits of the 10th amendment’s reservation of rights for the states vs. the 14th amendments equal protection clause, or how there has never been proof that homosexuality is genetic and therefore their claim of rights as a social class is flawed.

Or we could talk about the fact that citizens aren’t overwhelmingly voting in gay marriage as of yet, as the majority of states that have legalized gay marriage have done so through court decisions rather than by popular vote or by what legislators have decided.

Each of those arguments have merit, and each can be used in certain contexts. But all of those distract from the main point, specifically that the court is going to make their decision regardless of those points, and we as Christians need to be prepared to react. In considering the possible decisions that could be handed down, in some ways what the nine justices decide is quite important. In other ways, it’s not important at all. How can a decision be both important and unimportant? Here’s how:

Why the decision is important

We’ve already seen case after case in which private businesses are being pressured legally, whether they are cake makers, florists, pizza cooks, or anyone else even tangentially related to the wedding business. And, as we’ve seen in Houston and other cities, governing authorities who are hostile to Christianity and supportive of homosexuality can make things very difficult on churches. If states are no longer allowed to ban gay marriage, that gives churches even less of an ability to fight against homosexuals as they inevitably try to demand services from those churches. Pro-homosexual advocates have tried to reassure us at every step along the way that gay rights are not at odds with religious liberty, and yet the more of a foothold they gain, the more we have seen restrictions placed on religious liberty.

Additionally, once this decision is made, there is likely no going back on it should it be in favor of gay marriage. The doors will be open to gay marriage on the national level, and that will likely all but end the debate that has been going on for years. Many are predicting that such a decision will be made, as two of the justices have already officiated gay weddings, and the court already made a pro-gay decision in 2012.

And, a final reason why it’s important is that while the court’s vote does not speak for all of the people, it does say something about the corner our nation has turned in the last few decades that we are on this precipice. It would be just another giant domino to fall following legalized abortion, no-fault divorce, and a number of other immoral institutions our country has embraced at the federal level.

Why the decision isn’t important

Even though the legal ramifications could be critically important, there’s another sense in which the decision isn’t all that important. The legality and constitutionality of the laws on the books are all they can decide. Marriage will remain marriage, as only God can define the institution He created, and no government decision or law will ever change that. They also can’t dictate what Americans believe or how Christians will react, and those two points are the most important parts of this entire cultural war of ideas.

In a sense, it would almost be a bad thing for the court to stand for traditional marriage (though I’m certainly not rooting against it), because then many Christians will consider the battle won. We’ll say prayers of thanks, we’ll post things like “Still one nation under God” on social media, and we’ll go on convinced that everything is alright. To do so would completely ignore statistics telling us that since 2009 the percentage of Americans who support gay marriage has risen from 37% to 52%, according to Pew Research. The report goes on to say that 67% of Millennials favor the legalization of gay marriage, so not only are the numbers growing, the simple passing of time is all that will be necessary for the upcoming decision to be rendered obsolete. A victory would do nothing more than buy us a little bit of time. We’re losing the battle of hearts, minds, and souls, and that’s what really matters, regardless of what the Supreme Court decides.

As it pertains to this case, and to so many issues of church and state, we look to laws to uphold our beliefs rather than to God to strengthen us for whatever happens. We’ve become complacent and spoiled in the “Christian nation” where we’ve never had to fight for anything in matters of faith. The truth is, Christians need to stop looking to government to fight our battles for us. The New Testament church thrived despite being born under an immoral, God-hating government that openly fought against Christianity, yet Paul and the other writers spent very little time talking about the government. Why? Because what Rome did didn’t change their mission. It’s our job to save souls, not win court cases. If the court hands down a decision in favor of banning gay marriage but no homosexuals are reached with the good news of Christ and none who hold relativist views of morality are convinced of a Divine standard, what really has been won? A little less legal hassle for us? Shame on us if that’s all it takes to satisfy us.