The Gift of Christmas

Well I hope everyone had a wonderful Thanksgiving. I was blessed to be home with my family and that’s all that really matters in my view. Black Friday this and Amazon that, just sitting down to a wonderful dinner with my wife and son is the best beginning to this most special time of year I could ask for. And I’m truly grateful to a God who loves me, for a privilege far too many do not enjoy much less understand. Nevertheless, the Christmas countdown has officially begun and the struggle to keep (Him) at the center of all that is important this season is the focus of my efforts going forward.

As I know I’ve shared with you all in the past, Christmas is really very special to me. It’s a time I may reflect on who I am in the eyes of one who came as the greatest of all gifts to us. Thus, it has been my mission every December to begin again to try and love His people as He instructed. But I also hold fast to the story of Christmas itself so it may strengthen a faith weakened by 364 days of a world running from that very same story. With that in mind, believe it or not, I’d like to share a few post “Midterm Election” thoughts with you as we roll into December. I promise you’ll see how they intersect as you read on.

So, it appears the “blue wave” ran smack into a red sea wall if you will. The media touted destruction of the Republican Party at the hands of Democrats ready to resurrect the Obama Legacy crashed in the proverbial breakwater long before ever reaching the beach. For that matter, if it weren’t for some very poor messaging on the part of Republicans, and 47 retirements this cycle, there’s a very good chance they would have held the House of Representatives. In fact, it was the first time in over 100 years a sitting president actually picked up seats in the Senate. And if you look at past midterms as recent as Barack Obama’s first midterm shellacking, you will see the damage was minimal at best. Nevertheless, some of the vote tally’s show woman and independent voters breaking largely for Democrats in some key areas across the country requiring unprecedented Republican turn-out to hold the line. This is not something Republicans should take lightly or ignore to be sure.

Now it all begs the question. What the heck are Americans thinking. Mind you I’m not pigeon holing anyone into a particular political party. However, from my point of view as someone who is now unaffiliated, the Democrat Party of JFK is dead. It’s been replaced by the party of BHO, and there is simply nothing Godly or even American enough about the Democrat platform for me as a Christian to consider a vote for them. Heck, they can’t even get past the Unalienable right to “life” as outlined in our beloved Declaration of Independence. It’s basically a non-starter for me.

Anyway, during the campaign, we were bombarded with non-stop news media attempts to coral support for Leftwing Democrats and their, shall we say, less than traditional causes. And they might nearly have succeeded in some areas had it not been for the Kavanaugh hearings and the awful and disgusting display by folk’s like Senator Cory “Spartacus” Booker and Kamala “abortion on demand” Harris. It’s truly sad, though certainly worth noting, that the destruction of a man’s impeccable judicial record, reputation and character, as well as his family, could and did play a pivotal role in an American political campaign. To watch those hearings was to be front and center for the eviction of God from the halls of government.

Adding insult to injury though, it seemed all to apparent (and disheartening) that the traditional measures of an election cycle, like unemployment, the economy and foreign affairs, all of which are seeing some of the greatest gains and improvements in a generation, took a back seat to government entitlements (free stuff) and a litany of social issues that read like an advertisement for a pornographic movie. Everywhere you turned, a complicit news media was screaming healthcare, healthcare, yet many of the actual candidates were screaming abortion on demand and unrestricted restrooms for all. Moreover, the inexplicable hatred of a billionaire businessman/president who could very well have been sitting on the 19th Hole drinking non-alcoholic champagne and living out the rest of his American dream, rather than being verbally assaulted and subjecting his family to the most vial and disgusting harassment of any president in American history, has been nothing short of confounding to watch and listen.

One has to wonder then, what exactly were the real issues that drove folks to the polls. These are the types of questions I ask after an election. Because if we’re to believe the news media, and Lord knows I very rarely do, then there may be some very serious questions about our republic and where it’s going.

Frankly, it’s scary to think that so many have been corrupted into a voting pattern with no basis in fact or reason, but rather is rooted in ideologically changing the very systems and tenets which allowed for them to be voting in the first place. This is especially true of Millennials, who for the most part, have no notion of Jesus Christ, nor are they being taught the goodness of the United States in a world fraught with evil they cannot possibly fathom. Again, I’m not being naïve, but I’m also not ignoring the fact that this country remains the greatest arrangement for mankind under God, bar none. Let’s face it, folks are simply not massed at the U.S. border fighting and climbing walls to escape and find a better life in South America.

So, what are my takeaways from last month’s elections you ask? Simple really. The battle for the soul of the United States the Founders passed to us will not be ending any time soon. As we peel back the layers of the results in places like Florida, Georgia and Indiana, Texas, Arizona and Kentucky, we find a well-oiled machine working overtime to finally erase God and any kind of moral accountability or simple decency from every aspect of our national posture. In this way they may achieve the stated goal of the Party of Obama, that being to “fundamentally transform the United States”. 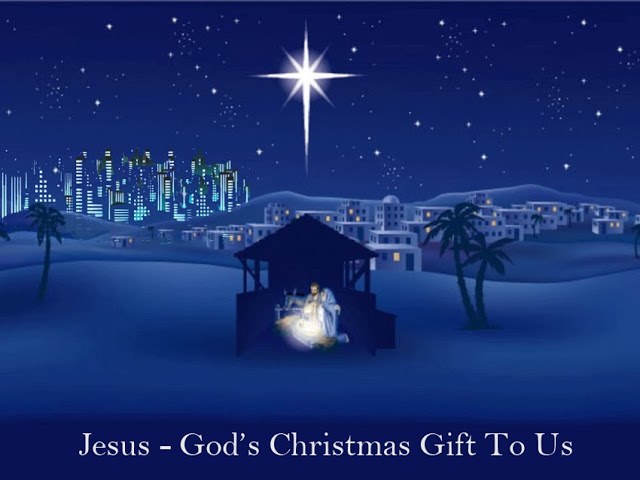 Truth be told, in many ways we have already lost valuable time and ground to the enemy. And for every complacent voter who doesn’t see the harm in letting a “transgender” person into the restroom with their underage son or daughter, or Millennial who takes the word of his/her whacky professor, whose real-world life experience can be quantitatively measured in a thimble as “gospel”, and for every voter who steps into a voting booth, forgets his children and all of the obvious good happening around him/her, and votes against a candidate because that candidate “tweets to much”, or maybe causes him/her to look in the mirror, and finally for every voter who screams “Constitution”, but likely can’t spell it and has no clue what it says, there is another yard lost on the field of play.

You see my Christian friends, the “evil one” injects himself into every aspect of our lives, including the politics of the government we elect to speak for us. In this, he delights in our complacency and desire to be accepted, even by the most sinful and hypocritical freedom haters down at the local Starbucks. He understands he will never defeat Christ, but he may defeat us if we let him. So, when you hear politicians pandering for your vote with promises of free this and free that, and when a corrupt modern media is so heavily invested in validating sin while guilting you into accepting that which you know to be wrong, you must educate yourself first with “the Word”, and then with the world. I say this because the consequences of ignorance, purposeful or born of excuses, is a nation and world compromised for our posterity and rife with sin and disillusionment.

So where does Christmas fit into all of this you ask? Well on that “very Christmas night” long ago, He came to us as a child to build a bridge to our salvation, with the only criteria being you accept His gift. In the time since, “We the People” and people around the globe have forgotten that special present and allowed ourselves to be corrupted by the cheap facsimiles of this life. From the “Black Friday” madness of Thanksgiving Weekend to the displays of anarchy, murder and mayhem playing out on American streets of recent, from this “trigger” to that offence, and finally to our free elections which have been hijacked by a bias media/press, we are looking less and less to the “gift” God gave us that first Christmas to help us and to guide us through uncertain and challenging times. More and more we look away from the meaning of Christmas and allow our hearts to be manipulated and hardened by the world around us. In contrast, the story of Christmas tells us of love and charity without expectation and brings the message of “good will toward men” and taking care of our fellow men/women as is written. Truth be told, as Christians this has always been our role and we’ve never needed any politician to help us understand that, or frankly, to tax us in order to pay for any collective, perceived fairness doctrine.

In the end, in order for sin to take hold, the mystery and power of Christmas must be blunted. This happens in so many ways that we simply cannot pray and rejoice a single day every year and forego all the rest. The meaning of Christmas should be in every decision we make, in every action we take and in our hearts always. In this way the politics of our nation and of our world will be influenced by the good of Christmas and for God’s world as He sees it.

So, as I take measure of the losses and gains in the political arena this past month, I’m more anxious than ever this coming year to put that in its proper perspective and to get on with the love of Christmas. I understand, probably more so than at any time I can remember, how that very special moment in history changed things. And so long as we open our hearts to the “gift” of Christmas, and keep it well and always, the rest should fall into place.

No, you will not hear “Happy Holidays” from me, but you will get a very heartfelt Merry Christmas to you and to yours. And I’ll also leave you with a very appropriate verse from a more modern Christmas song I like, and as performed by the Trans-Siberian Orchestra, Christmas Canon: “This night – we pray – our lives – will show – this dream – He had – each child – still knows”… “We are Waiting”…

Be well and be safe this Christmas Season.

Watch the performance at youtube.com/watch?v=4cP26ndrmtg