By Sarah C. Corriher
In the present, the wisdom surrounding wisdom teeth is likewise lacking. They are removed as preventative medicine, because they are felt to be another unnecessary part. If a dentist sees wisdom teeth appearing during a routine check-up, he will usually schedule to have them removed. This may be a legitimate necessity in certain cases, but it is not for the majority of cases. Studies are beginning to show that all teeth have a special function, including the wisdom teeth.There was a time when the great majority of children had their tonsils removed, in the name of disease prevention. The medical establishment maintained that the tonsils had no purpose, and that they should therefore be removed to prevent future health problems. Then the polio epidemic occurred, and only those who had their tonsils removed were severely impacted. It was discovered that the tonsils are the only organ that produces polio antibodies. 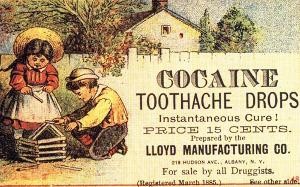 It has been shown that there is a direct correlation between the amount of teeth that a person has and the person’s memory capacity. The more teeth that an individual has, the longer he can retain information. In particular, healthy mouths are closely correlated with people having excellent short-term memory. Researchers are baffled by this and research is ongoing. The main hypothesis is related to the fact that dentists cut the nerves that rest behind the teeth during extractions. These nerves are believed to be directly connected to brain tissues, and cutting them may kill, or at least injure certain regions of the brain.

“While carrying out their experiments on animals, our Japanese colleagues managed to prove that whenever a doctor extracts a tooth, he also pulls out the nerve that stretches to the brain” – Prof. Ian Begdahl, University of Umea

Studies of rats have shown that tooth transplants do not return lost memory, lending credence to the presiding hypothesis. Perhaps most interesting is that the loss of memory does not occur whenever a tooth simply falls out naturally. It only occurs when it is forced out through brute force trauma, whether that be from a brawl or dental work. The current research shows that memory problems are increased for every tooth that is pulled. Dental procedures may be responsible for most of the memory problems that are attributed to aging.

The most common reason for removing the wisdom teeth is not because they present a health risk, but because they can become a painful inconvenience. Some wisdom teeth point in the wrong directions or get trapped under adjoining teeth, but they eventually correct themselves in the overwhelming majority of cases if they are left alone. It is completely normal to experience some pain from incoming wisdom teeth. There are less psychotic ways to cope with them, instead of being butchered.

These methods should help to make the pain that is caused by new wisdom teeth much more tolerable. If you keep these teeth, then you are likely to experience improved memory, and possibly other benefits which have not yet been discovered.

Caption: It is important to remember history, like the truth behind the ‘Drug War’, who is really responsible, and what the licensed drug industry’s help-to-harm ratio has been.