The Loss of Equal Protection 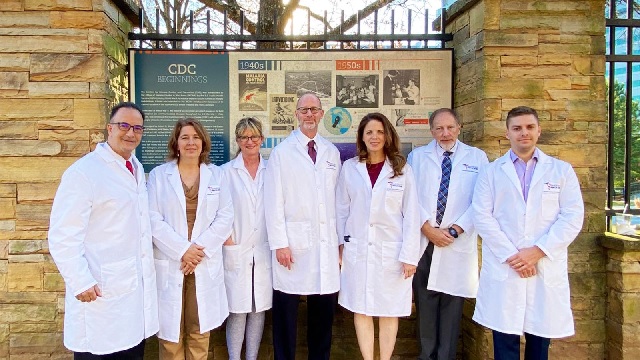 WASHINGTON – Six months after America’s Frontline Doctors’ viral video of their press conference on the steps of the U.S. Supreme Court, Founder Dr. Simone Gold traveled to a rally for health freedom in Washington, D.C., to speak on January 6, 2021. In the months between the press conference in July 2020 and January 6, 2021, Dr. Gold was asked to present on numerous occasions about physician free speech and her experience of being fired for prescribing early treatment to Covid-19 patients. By this time, she had also founded America’s Frontline Doctors, a division of the Free Speech Foundation.

On January 6th, Dr. Gold was scheduled to speak alongside about a dozen other presenters after President Trump’s appearance at the rally. Shortly before her speech, Dr. Gold was advised all speeches were canceled. After hearing this, Dr. Gold was amongst thousands swept into the Capitol building when the doors were opened from the inside. While inside, Dr. Gold decided to deliver her remarks there. When an officer asked her to leave, she did. The media coverage post January 6 showed violent scenes but that was not Dr. Gold’s observation of the day. Subsequently, Dr. Gold was arrested and prosecuted for entry into the Capitol on January 6, 2021. Dr. Gold reached a plea agreement for entering a restricted building. Her sentencing was scheduled for June 16, 2022 where she was sentenced to serve 60 days in Federal prison. Dr. Gold did express regret for entry into the Capitol building but faced the consequences of free speech in modern day America. Like most January 6 defendants, she is a victim of selective prosecution – the defining feature of corrupted governments.

For comparison’s sake, consider that there were hundreds of arrests for violent protests in association with President Trump’s Inauguration in 2017. The government subsequently dropped all of those charges, including charges against people who were actually disrupting Congress from inside the Congressional gallery while Congress was in session. With the January 6 arrests, the government has not only not dropped the charges of nonviolent persons in public spaces, such as Dr. Gold, it has aggressively violated defendants’ civil rights at nearly every turn. There are innumerable well-documented instances of January 6 defendants not receiving due process noted in the book January 6 authored by Julie Kelly. For example, some defendants have been held in prison for nearly 18 months pretrial. In Dr. Gold’s case, she peacefully gave a speech on medical freedom in the public Rotunda. This resulted in the government violently arresting her by breaking down her door, sending 20 SWAT officers (including 12 of them with AR15 guns pointing at her from two feet away), loss of freedom, loss of movement and loss of other Constitutionally protected civil rights. Such inequitable treatment based upon political preference shows the collapse of the rule of law. For people interested in learning the truth about January 6, please watch Capital Punishment.

In addition, the government has aggressively not arrested or prosecuted certain highly visible individuals seen on videotape who waived people into the building. The government and the January 6 Congressional Committee have aggressively not shown 14,000 hours of closed-circuit security footage. The government and the January 6 Congressional Committee have not disclosed how many FBI agents and assets were in the crowd. And the media lied when it stated five officers were killed – exactly no officers were killed, although five officers ostensibly committed suicide or otherwise died in the months following January 6. The one person who was killed, Ashli Babbitt, a petite unarmed 35-year-old female military veteran, was killed by a Capitol police officer, who was never charged.

Dr. Gold remains committed to her activism for physicians’ free speech. Dr. Gold, quoting George Washington said: “If freedom of speech is taken away, then dumb and silent we may be led, like sheep to the slaughter.” For over two years now, We the People have been under attack. Our Constitutional rights have been chipped away. The First Amendment has been annihilated. Before 2020, we could have never imagined the government of our democracy stripping away our rights as it has. We have watched the Orwellian scene unfold before our eyes.

A concerted effort has been undertaken to “cancel” physicians who do not follow the mainstream narrative. Dr. Gold has been targeted by these attacks since the White Coat Summit in July 2020 when she shared the news of lifesaving medications alongside many esteemed colleagues, now numbering in the tens of thousands. The California Medical Board subsequently threatened Dr. Gold’s license with an unfounded claim she was sharing “dangerous disinformation.”

The attempted silencing of this one doctor was just a preamble for what is to come throughout the nation. California Assembly Bill 2098, an official government censorship bill, has just been passed through the House in California. This outrageous bill puts a gag order on doctors in exchange for a California medical license. Without a license, a doctor cannot practice medicine. When a doctor has a license revoked in any state, it is incredibly difficult, if not impossible, for that doctor to obtain a license in another state. This is career-ending. Further, AB 2098 proposes to violate the privacy of the doctor/patient relationship and create a brand new category of “unprofessional conduct” against doctors who provide education and early treatment for Covid-19. AFLDS has prepared a comprehensive Issue Brief on AB 2098.

As we consider the results of Dr. Gold’s sentencing, one thing is clear. We are still far away from the change that is needed. The First Amendment is crumbling before us, and we must continue to stand for what is right. Never will we give in to the threats of government. Dr. Gold risked her career when she stood against the mainstream narrative to save lives. Now, she stands here boldly, risking her freedom, to choose what is right over what is comfortable. We must learn to be so bold and continue to stand together against the tyranny we face.

America’s Frontline Doctors is the nation’s premier Civil Liberties Organization. Our mission is to provide We The People with independent information from the world’s top experts in medicine and law so you can be empowered with facts, protect your health, and exert your inalienable and Constitutionally guaranteed rights. Aflds.org