‘The Masked Saint’ readies to win over audiences nationwide

CINCINNATI, OHIO (ANS) – The Masked Saint has opened in theaters nationwide. Starring Brett Granstaff (Vice) as Christopher ‘The Saint’ Samuels, and follows the journey of former professional wrestler, who retires from the ring to settle down as a small town pastor. A Samuels faces a number of problems in the community, he decides to moonlight as a masked vigilante to fight the injustice. While facing crises at home and at the church, Samuels must evade the police and somehow reconcile his secret identity with his calling as a pastor. Inspired by the life of Pastor Chris Whaley, The Masked Saint is based on the book of the same name by Whaley. 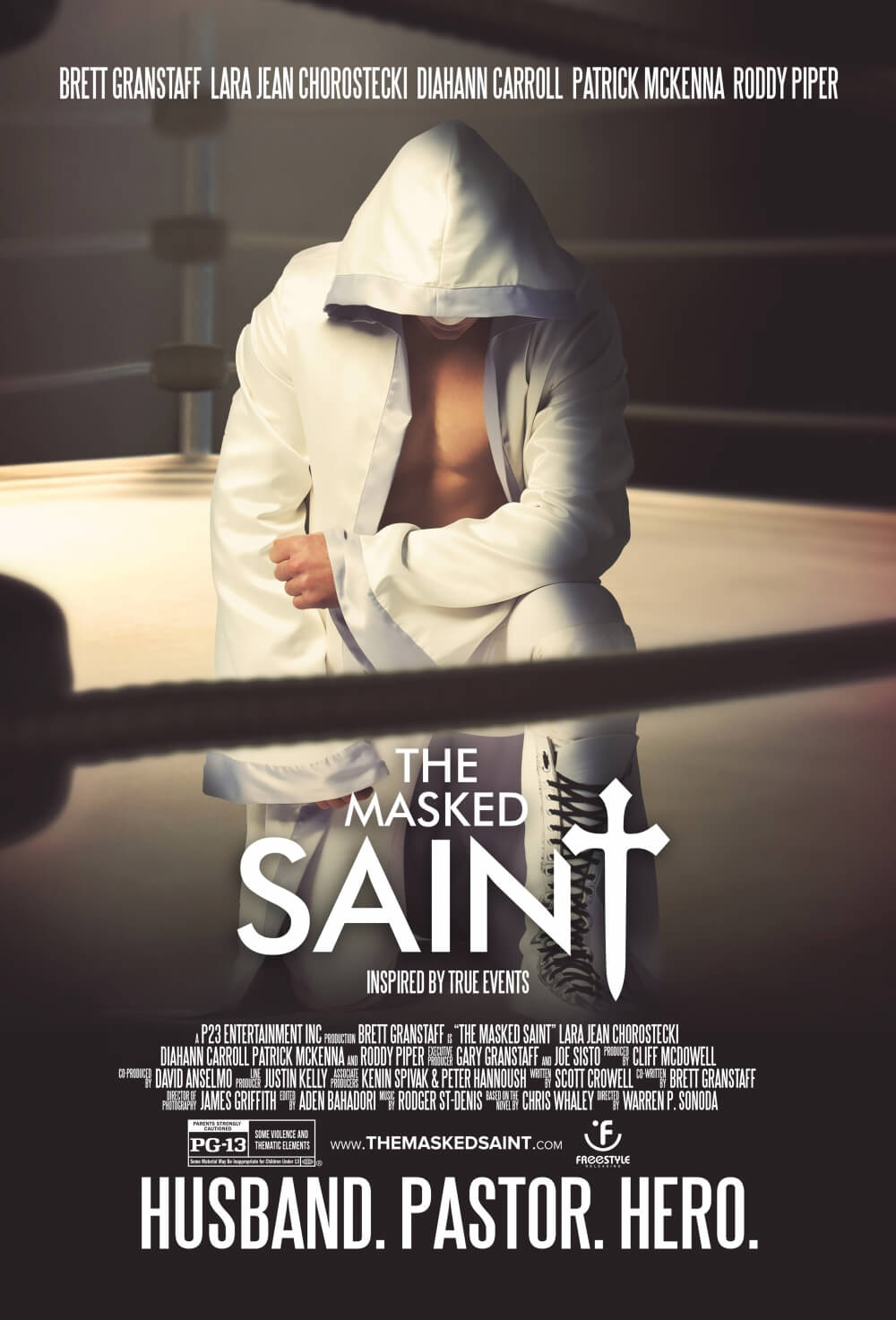 Poster for the Movie

We recently spoke with Chris Whaley and Brett Granstaff to find out more about the movie and the inspiration behind it.

Ginny McCabe: Chris, why did you want to do this project?

Chris Whaley: “I was inspired by Michael Landon. He was the only guy putting good, moral stuff on television. When he died, I thought, there’s nobody else doing that. When I wrote the book, I was hoping it would be a series on TV, like Little House on the Prairie, so it would add to the moral programming that was available on TV. Amazingly, in talking with a film producer, it became a movie. That was something I never even dreamed of, so it’s pretty awesome.”

Ginny McCabe: Brett, how did you and Chris connect?

Brett Granstaff: “I found the script through a mutual friend in Canada. I read the script, and thought it was interesting. This guy was a pastor, but he was also a wrestler. He’s this vigilante; it’s a pastor that doesn’t turn the other cheek. I thought it was an interesting story, and I really wanted to bring it to life. Being from the South, to me, and in talking to most people, these two don’t go together. This project was a little different than my other projects, and it raises a question in most people’s minds. That’s why I felt like I had to do the movie.”

GM: What do you feel like you brought to the project as far as your creative insight?

BG: “My production company, Ridgerock Entertainment Group started our own division Ridgerock Faith to do the film, because I had never worked in the faith-based area before. I had watched a lot of faith-based movies leading up to deciding to do the film. There’s a lot of good messages, and a lot of good stories out there, but the production value and Hollywood quality was missing from a lot of the films, and I do a lot of bigger Hollywood films. I was like, you know, if people would just put a little more – not just money, but the right talent on the back side of the film as well as the front side, then, I think you’d have something really special. So, when I decided to do this film, I wanted to bring a higher level of filmmaking to this side of filmmaking. I think we did a really good job with that. We just won the 2015 International Christian Film Festival for Best Picture.”

GM: You mentioned when the script caught your attention, that there were these two things that seemed like opposing forces. Did that resolve itself in your mind as you worked through the project, or did you leave a little bit of it out so that viewers could work through themselves?

BG: “I think it did. In the film, there are a lot of different themes like second chances, and redemption. For me, myself, I’m looking at it, and I watched wrestling as a kid, but I never really watched it in the past 20 years. So, I had to get back into wrestling. I was like, there’s this guy who is a pastor, who has a flock at his church, then there’s this wrestler. How can I bring these two together? I said, Okay, a wrestler has his fans, and you have to really play into your fans in terms of winning over the audience. As a pastor, you have your flock or congregation at the church, and if they don’t like you, or don’t want to be with you, they may not stay at the church. I said, Okay, this is how I can get in. You have to have your fans; you have to have your flock. In the movie as well, we do this bit. So, we have this one part where it’s the pastor’s first time preaching, where he’s not really sure how to do it, but he does it. We bring a little bit of humor to it. Then, we go back and say, but you’re a really good wrestler. So, we brought a little bit of the wrestling to being the pastor, and a little of pastoring to being the wrestler, and I think we did a really good job.” 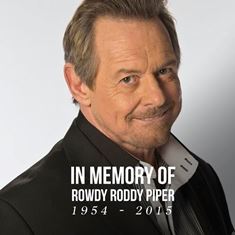 GM: Chris, talk about the storyline? Is it based on a true story, or on your life?

CW: “Actually, each chapter in the book is based on something that happened in my life. I think that’s why it was so easy to write, because I’m recounting some things that happened. I think it’s amazing that they can take that out of the book, and put it on the screen like they did, and to change some things to make it better.”

GM: Did you ever think the book would become a movie?

CW: “No. I am humbled and overwhelmed. I’m just very, very thankful.”

GM: What was going on in your mind the first time you saw the movie on screen? 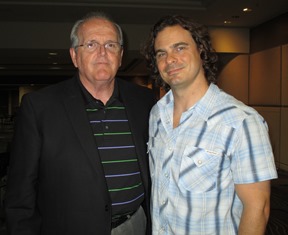 CW: “I got very emotional. You know, I had tears throughout the whole thing. To think that something that started on a Saturday afternoon a long time ago ended up on the big screen. I had no idea what Brett, and other actors, and all of the people involved with the movie would do. I had no idea what was going to take place. When my wife and I got off of the airplane, I didn’t know if it was going to be two guys with a camcorder or what. When we drove to the set, and saw the semi’s and the trucks, and 80 people on set, we were overwhelmed with all of it, and the class of the people that did it. Everybody in the movie was excellent with everything that they did. They did a great job. People that watch the movie are going to be very pleased. They are going to enjoy it.”

GM: What are you most pleased about, now that you’ve seen it come to this level?

GM: What is it about the film that gives it that universal appeal?

CW: “I think there’s something in it for everybody. Whether it’s children, middle school, adults, or senior adults.”

GM: Tell me about the cast?

BG: “One of the things that I was the proudest of was the cast that we assembled. We spent a lot of time with the casting. For me, that was one of the most important things, because if you don’t believe the cast, the people who are in it, how are you ever going to be able to believe the movie. Roddy Piper, for example, it was a funny story how we actually got him. We were all sitting around – all the producers and the director, and we were talking about who should play the manager. Then, the casting director came in and said she had received a call from Roddy Piper. He said he had heard through the wrestling community we were doing the film, and he wanted to play the lead role of the pastor. The lead role was already taken, but I said, we need him in this movie. So, we called him back and told him about the wrestling manager role. We were explaining the role, describing the part, and said he’s a good guy, but he’s this bad guy, and Roddy was like, it’s done. I want to do it. We were blessed with everyone who is in the cast.”

GM: If the sky was the limit, where would you hope this film would go? What do you hope to accomplish with people seeing the film?

BG: “We’re getting a limited national release on Jan. 8. We’re going to be on 400 screens and in 115 markets. My hope is that it will reach a broader audience and bring that message. The way we filmed it, it is more of a family-friendly, faith movie in the sense you don’t have to be going to church every single weekend to enjoy the movie. For me, it’s about the story. Every time I choose to do a film, the story has to really capture me, and capture my attention, and this is one that does that. When I read the script, I felt like there was something there, and I had to tell the story.”

For more on The Masked Saint, go to www.themaskedsaint.com.