The Most Dangerous Addiction of Them All: Entitlements 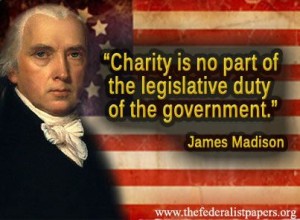 All addictions — whether to drugs, alcohol, gambling, sex or cigarettes — are very hard to escape.

There is one addiction, however, that may be more difficult than any other to escape, in part because it is not even regarded as an addiction. It is entitlements addiction, the addiction to getting something for nothing.

One indication as to the power of entitlements addiction is the fact that while great numbers of people have voluntarily given up drugs, alcohol, gambling, etc. — almost always at great pain — few give up an addiction to entitlements. For the majority of able-bodied people who get cash payments, food stamps, subsidized housing, free or subsidized health insurance, and other welfare benefits, the thought of giving up any one of those and beginning to pay for them with their own earned money is as hard as giving up alcohol is for an alcoholic.

Aside from ideology, this is why the left constantly seeks to increase entitlements. The more people receiving government benefits, the more people vote left.

In this sense, the left in every country — in America, the Democratic Party — should literally be regarded as a drug dealer. Virtually every American given a free benefit becomes an addict who relies more and more on his dealer, which is exactly what the left seeks.

Another reason entitlements addiction is unique among addictions is that very few drug, alcohol or gambling addicts believe that they are owed drugs, alcohol or their gambling debts. Entitlement addicts, on the other hand, believe that society owes them every entitlement they receive — and often more. The very word “entitlement” conveys the message that the recipient has a right to the benefits. So there is a moral component for entitlement addicts that does not exist among other addicts (except for opioid dependents, who are in pain; these patients really are owed painkillers, and society is immoral for not allowing them to receive them).

Not only do entitlement addicts believe there is moral virtue to their addiction but so do a vast number of non-addicts known as progressives. They believe that there is a moral imperative to give people more and more entitlements. This, in turn, feeds the moral self-image of those dependent on entitlements.

Yet another reason for the uniqueness of entitlements addiction is it ultimately does more damage to society than any other addiction. Other addicts can ruin their own lives and those of loved ones, and drunk drivers kill and maim people. But society as a whole can survive their addictions. That is not the case with entitlement addicts. The more people who receive and come to depend on entitlements, the sooner society will collapse economically. Society does not directly pay for drug addicts’ drugs, alcoholics’ alcohol or gamblers’ gambling debts, but it pays every penny for entitlement addicts’ addiction. In fact, the current U.S. national debt is about equal to the reported $22 trillion this country has spent on entitlement programs in the last 50 years.

When you combine the addiction and selfishness of many (certainly not all) of those who are dependent on entitlements (including middle- and upper-class Americans who receive a home mortgage deduction); the tendency for the addiction to grow from one generation to the next; the dependence of one of the two major political parties on the votes of those who receive entitlements for the party’s very existence; and the belief of tens of millions of non-addicted progressives that society is morally obligated to give more and more people more and more entitlements, it becomes very difficult to see a solution.

This addiction ultimately ruins the character of many of its recipients, the economy of all the countries in which it exists in large numbers and the value system that created the prosperity that made so many entitlements possible in the first place.

But other than American conservatives, almost no one even recognizes it as a major problem, let alone an addiction.