The Politics and Futility of Abortion… 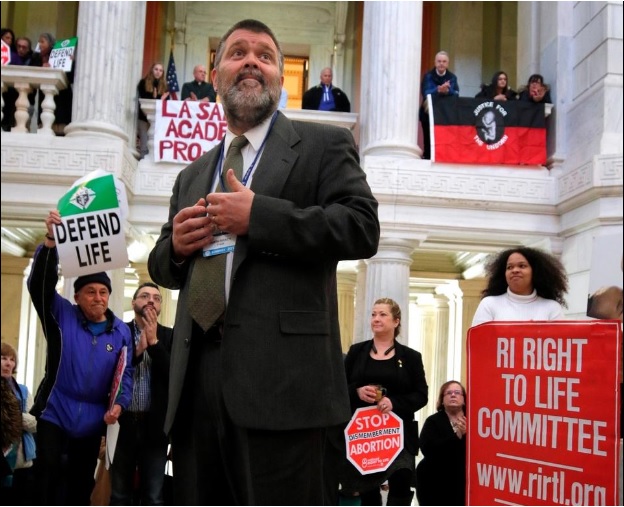 Barth Bracy, Executive Director of Rhode Island Right to Life at the Statehouse Rotunda for the Annual Right to Life Rally in January.

“Every child is a precious and sacred gift from God. Together, we must protect, cherish, and defend the dignity and the sanctity of every human life”. (President Donald Trump, at the March for Life Rally in Washington DC, January 24th, 2020)

I’ve said many times, that if we can’t get the life thing straight, the rest is just an exercise in futility. Now I don’t mean this in a sarcastic or simplistic way, but rather I believe in my heart and soul that our God-given freedoms and blessings are manifest in the life He gives us, a life which begins at conception. And that to terminate that life (at any stage of development or birthing) is patently and egregiously wrong.

FYI: For the period 1996 to 2017, the annual abortion rate fell in the United States from about 1.36 million to 862,000. On its face, this is good news, and can largely be attributed to the efforts of the Pro-life movement and all of its subsidiaries and partnering organizations and volunteers. On the other hand, approximately 18% of pregnancies in this country still ended in abortion in 2017. The sad reality of a national and international campaign to rationalize, validate and/or somehow reconcile the killing of the unborn remains an ugly scar on God’s planet.

In recent years, we’ve actually heard and seen politicians on the national stage describe and excuse away partial and even live birth abortions as acceptable women’s “healthcare”, and completely within the scope of the 1973 Roe V. Wade decision. One has to wonder, how we ever arrived at this juncture?!? Healthcare???? Really???? Director Rachel Nguyen of CareNet Rhode Island summed it up perfectly when she spoke at our church recently saying: “Abortion destroys life, destroys families, and destroys our faith”.

Adding insult to injury, a vicious and morally corrupt minority have successfully infiltrated our public school systems from kindergarten to high school, and are replacing generations of basic reading, writing and arithmetic, decency and character-building, with drag queens and sex education classes that would make a porn star blush. You see my fellow believers, only by taking our children at still younger ages, and bankrupting their young, impressionable minds with the lies of the evil one, can they plant the seeds of destruction which ultimately lead to unplanned pregnancies, STD’s and a host of other traumatic life issues. Make no mistake, organizations like Planned “Parenthood”, (an oxymoron if I ever heard one), have a plan. And that plan includes indoctrinating young people in such a way that the very traps you seek to protect them from, will ultimately befall them, and lead right to the doors of Planned Parenthood and the horror of abortion. Moreover, they want to use American taxpayer dollars to pay for it all. But we’ll talk a bit more about that shortly. “The Good News” is that God is in this fight for the win. And despite the onslaught of an empowered and vocal minority promoting “choice” but meaning nothing of the sort, we are beginning to see a change in the dynamic.

Folks like my Pastor, Dave Aucoin, are on the front lines of the fight to preserve the family unit and save the unborn nearly every day. I speak with Dave often and he updates me on his efforts on Smith Hill to bring together like-minded politicians from both sides of the aisle, who share a common interest in protecting children, in and out of the womb. This is no small feat in my home state of Rhode Island, where personal agendas “on the Hill” often blot out matters of faith, and where the advancement of your cause depends largely on your ability to navigate a swamp of entrenched political animals. Nevertheless, PD tells me he feels good about his outreach efforts, and that he believes they will bear fruit. As I mentioned earlier, CareNet Rhode Island stopped by our church recently and had some pretty encouraging numbers to report, including 100 babies born to mothers who would otherwise have had abortions last year, including I believe, at least two sets of twins, as well as 80% of those who were invited to hear the message of Jesus Christ and the Gospel accepted that invitation. Now that’s something to get excited about.

I also had the pleasure of speaking with Barth Bracy again recently. For those of you who don’t know, Barth has been the Executive Director of Rhode Island State Right to Life Committee since 2008. He’s a champion of the unborn here in Rhode Island, (and beyond), and has remained diligently at the forefront of the debate, taking the slings and arrows from the pro-“choice” crowd. His passion to protect unborn children is legendary around these parts and I caught up with him on his handsfree speaker phone as he was driving back from the DC March for Life Rally.

After we worked through a few connection issues, Barth’s usual enthusiasm and excitement broke through the static. We spoke a bit about the two dynamics of the Right to Life movement, those being the national and state level applications, and how he felt that while things were looking up on the national front, there is still much to do in the very progressive state of Rhode Island. I wasn’t particularly surprised to hear that, but he also brought me up to speed with some good news on his lawsuit against the state of Connecticut. In 2104, and after his employer dropped his healthcare plan, (TY President Obama), Barth and wife Abbie sought a plan(s) through their home state exchange, all of which required a charge to cover abortions. Well, on the heels of some decisions having to do with Federal protections and the Hyde Amendment, CT finally agreed to offer plans requiring those charges be separate from the plan as a whole. And so the Bracy’s withdrew their lawsuit. (TY President Trump).

Barth attributes successes like these to President Trump and something he refers to as the “personnel is policy” theory. Simply put, this non-political president is interested, not so much in who ya know, but rather what ya know, thus building a team of solutions-oriented experts with a desire for meaningful results. In this case, HHS Secretary Alex Azar and the Administration’s efforts in California concerning a new separate charge for abortion services, as well as honoring the spirit of the Hyde Amendment, were key to Bracy’s big win. Barth explained that with the passage of the “Affordable” Care Act, the charge for abortion service was basically creating an “abortion slush fund” and setting up a channel by which funding dollars would flow more freely to their intended destination, Planned “Parenthood”. Jump ahead to the state level challenges Barth spoke of, as many states (including RI), by way of their own state Medicaid, and modeling after CT where in 2018, 75% of abortions were back channel funded by the state, thus side stepping the Feds national mandate of no government funding of abortion. Sounds pretty shady if you ask me. 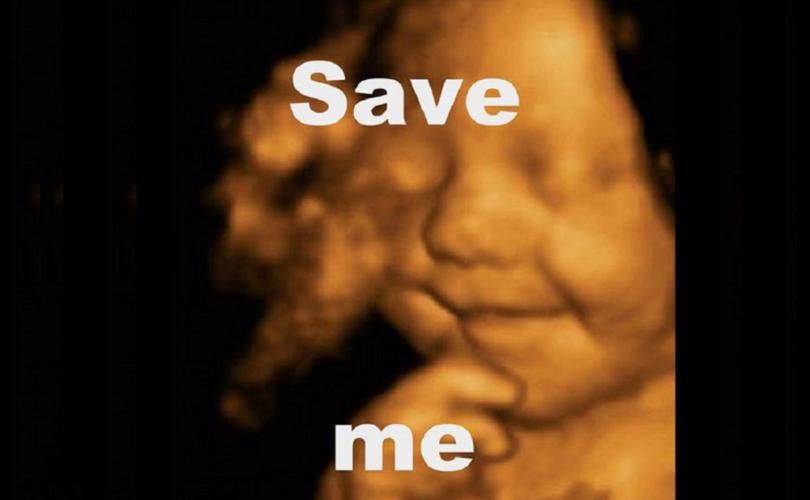 4D ultrasound of a baby in the womb

We talked about upcoming state level proposals and bills in Rhode Island, and how voters need to be aware of the Smith Hill two step many politicians in the Ocean State are very good at dancing. Heck, some of these folks are out there trashing bills out of one side of their mouth, but not letting on that they were in fact one of the original authors of the very same bills. Sounds about right for Rhode Island. We talked about elections and how disaffiliating is a way to get into some of these primaries and knock off radical candidates before they ever see the general elections, essentially voting twice to affect the change we’re struggling to achieve. Disaffiliating is something I’m going to do, and you should to. I think it should be fairly obvious to most sensible folks, that as we watch this impeachment nonsense play out on our TV’s day in and day out, we can’t trust either side to get it right. Party loyalty is a thing of the past. They’re all part of the same circus and we need to support only candidates who reflect our values and respect our faith.

Barth warned of the sneaky after hour’s votes and how consideration of certain bills and motions are manipulated and made to appear mostly innocuous, but in reality they are detrimental to the cause. We agreed that its imperative folks get the Pro-Life Action alerts in some social media format so they may get up to speed on the true motivations and intentions of the likes of Mattiello and friends on Smith Hill.

Barth likened the two-year election cycle to a card game, wherein you simply play the hand you’re dealt. Some hands are better than others. It really made me think about how much is riding on these political card games, and how in the end, we the voters are the actual dealers.

Barth talked more about the rally and how inspiring it was to hear the first sitting president to speak live at the event address the thousands of attendees, and also that he ran into some of the many friends and contacts he’s made along his journey, including United States Ambassador at Large for International Religious Freedom, Sam Brownback. He also described how he and his son looked up as they made their way past the Department of Justice and saw Attorney General William Barr on the balcony giving a thumbs up to the passing throngs.

As it was getting dark and Barth needed to focus on his travels, we wrapped up with how he felt this president has done more for the Right to Life movement than any before him and I agreed. Barth talked about the importance of the 2020 elections and how “every gain, we stand to lose” with a defeat in 2020. I would only add, that this fight we fight over the sanctity of human life will determine the future trajectory of this country. It has too.

Then the word of the Lord came unto me, saying, Before I formed thee in the belly I knew thee; and before thou camest forth out of the womb I sanctified thee, and I ordained thee a prophet unto the nations. Jeremiah 1:4-5