The Rock Star and the ‘Priest’ — A Tale of Two Brothers

How Jon and Tony Anderson went in different directions — Tony became a Pentecostal pastor and has produced a Christian album along with his wife, Sue (Suzanne), and their band, Stop — while Jon continues as a prog rock legend 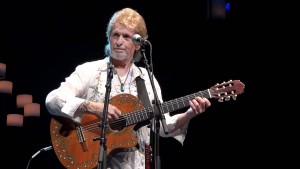 And now, Anderson, and the various incarnations of Yes, have finally been inducted into the Rock and Roll Hall of Fame at the 32nd Annual induction ceremony at the Barclays Center in Brooklyn on April 7, 2017, and also their version of the group – Yes with Anderson, Rabin and Wakeman — are touring the world and attracting sell-out crowds.

Anderson was the author and a major inspirational influence behind the series of epics produced by Yes, and his role in creating such complex pieces as “Close to the Edge,” “Awaken,” and especially “The Gates of Delirium” was central to the band’s success. 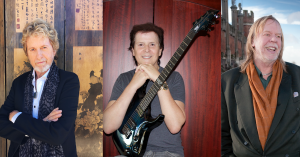 Not many rock stars come from Accrington

Born John Roy Anderson in the Lancashire town of Accrington, on October 25, 1944, to Albert and Kathleen Anderson, who were of Scottish (father) and Irish (mother) ancestry. Anderson dropped the “h” from his first name in 1970. (By the way, Accrington is a former center of the British cotton and textile machinery industries, but is not exactly known for producing rock stars like Jon, but it does have a soccer team called Accrington Stanley FC, which plays in League Two, the fourth tier of the English football league system, and despite their lowly stature, Jon, who now in the United States, once told me that he is still an avid follower of the team.) 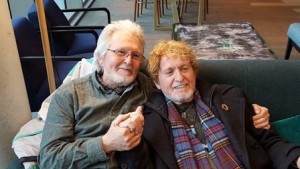 In 1962, Jon joined The Warriors, where he and his almost-look-alike brother, Tony, shared the role of vocalists. He quit this band in 1967, released two solo singles in 1968 under the pseudonym Hans Christian Anderson, and then briefly sang for a band called The Gun.

Later, Jon, who once composed a tribute song to his brother, called “Tony and Me,” met the late Yes bassist Chris Squire and joined him in a group originally called Mabel Greer’s Toyshop, which included guitarist Peter Banks.

He then went on to superstardom with Yes, when Anderson, Squire, Pete Banks, drummer Bill Bruford and keyboardist Tony Kaye, launched their eponymous debut album Yes, which was released in 1969.

Among the line-up changes were that Rick Wakeman replaced Kaye in 1971 and Alan White took over the drums from Bruford in 1972, while Steve Howe replaced Pete Banks. 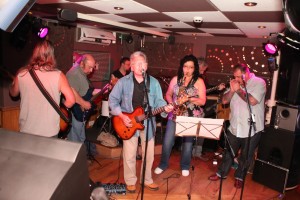 During the years to come, which was now known as the classic period of Yes, Jon was a major creative force and band leader throughout the period (describing himself as the “team captain” and “catalyst,” nicknamed by his musical mates as “Napoleon” for his diminutive stature and strong leadership of the band) and is recognized as one of the main instigators of the series of epics produced by the “prog rock” band at the time.

Yes released 11 critically acclaimed albums (including one live album “Yessongs” and one early compilation “Yesterdays” between 1969 and 1979, including such classic titles as “Fragile,” which contained the band’s first hit “Roundabout,” and also “Close To The Edge”, “Tales From The Topographic Oceans,” “Relayer” and “Going For The One.”

I have a humorous story about the release of “Fragile,” the first Yes album that keyboard legend, Rick Wakeman, played on after he left The Strawbs, the folk-rock band led by Dave Cousins. Each Yes band member was given a place on an insert on the album cover to thank friends who had helped them in their careers. Rick accidently gave me two mentions, while Elton John and David Bowie only got one. If you happened to still have that cover, check out the insert from Rick, for he also, for some reason, thanks his dog at the time and features a picture of his favorite pet.

On May 13, 2008, Jon suffered a severe asthma attack which required a stay in hospital and that ended his time with Yes, but as he slowly recovered, and he continued with a solo career, and also did a series of concerts with his old friend, Rick Wakeman, who had by now left the band once again.

At around the same time, Jon’s older brother, Tony, began moving in a completely different direction. He made a commitment to Jesus Christ, and eventually became an Elim Pentecostal Church minister on the beautiful Isle of Wight, located off the British mainland, although Jon would tell people that Tony had become a “priest.”

Tony married his wife Sue (Suzanne), and eventually retired from that church, but the two of them continued to minister as they go out to share the Gospel and sing their songs to a wide variety of audiences mainly on the Isle of Wight.

“We both write songs and we’ve always loved worshiping the Lord and that’s the key to what we now do,” he told me in a trans-Atlantic interview some time back. “We go out speaking at different churches and often when we do, we take the songs that the Lord has given us to help support the Word that we’re sharing. Through all of this, I have learned that you never lose anything when you come to Jesus.”

Tony smiled and then added, “I gave up the whole rock and roll business to follow Christ and yet, a few years ago, the Lord told me, ‘You’re going to form a rock band so you can go out to the pubs and clubs and sing about Me.’ So, we’ve been into prisons on the island, and we sing at local pubs, community events and uphold the church outreaches… nothing big; we’re just so happy to get out there and sing.’”

In their latest musical project, Tony and Sue have released a Christian reflective CD, with their band, Stop, called “Songs of Eshcol.” [Eshcol was one of three Amorite confederates of Abram in the Hebron area, who joined their forces with those of Abraham in pursuit of King Chedorlaomer and his armies who had taken Abram’s nephew Lot and others as captives. (Genesis 14:13-24)

Sue told me, “We have also produced a seasonal song called ‘Christmas Blu’, the latter with our band Stop.” [For more information either of these recordings, just send an e-mail to Sue at stopanderson41@gmail.com , and if you are with a radio station and would like to feature this music, she can give you details].

Was he ever recognized?

I then asked Tony if, as he looked quite a bit like his legendary brother, if people ever recognized him, and he replied, “Occasionally someone will say, ‘You remind me of someone’ and I tell them who that ‘someone’ might be. And also, through the years, I’d be at a cafe having a coffee and I’d be thinking about how I could share the gospel with someone and then one of Jon’s song will just come on the radio and I’ll say, ‘That’s my brother singing’. Then, I’ll tell that person my story and it’s an opportunity to share about Jesus. Thank you Jon, for giving me that opportunity!”

He added: “We love Jon so much and Sue and I saw him last month in Bournemouth where he was playing as part of ARW (Anderson, Rabin and Wakeman), and I had a wonderful couple of hours reminiscing with him, while Sue chatted with Jon’s wife, Jane. It was a really special time.”

Jon’s voice is as good as ever

Tony said that his brother’s voice was quite incredible, and added, “The Grace of God was evident. Even after his health set-backs, he sounded just like he did as a teenager. We just love each other to bits. When you’re as close as Jon and I, nothing can separate us.”

Tony and Sue also recently made a nostalgic visit to Accrington, where they met up with older brother, Stuart Anderson, and his wife, Marilyn, and enjoyed some “pub grub” in the town where the boys were all born.

I told Tony that I’d noticed that there’s quite a spiritual tone to his brother’s music these days.

“Yes, there is,” he replied. ‘He wrote a song called ‘Just One Man’ which is all about Jesus. He wrote it just after our sister Joy had died and he send me a message saying, ‘Tony. I’m sending you a lovely song about Jesus. You’ll love it.’ I’ve actually taken those words to a service or two and would say, ‘I just want to read you some beautiful words that my brother wrote.’ There are so many people praying for Jon and I do believe that he’s getting closer and closer to that time when he will say, ‘I am a Christian, too.’”

Jon has also worked with the Contemporary Christian music band 4HIM, and in 1999, his vocal was featured on the song “The Only Thing I Need,” which appeared on a “various artists” CD entitled Streams.

If you would like more information about the couple’s music ministry, just go to http://stopband.weebly.com/, and for more about Jon Anderson, go to www.jonanderson.com. You can also watch and hear one of the beautiful songs recorded by Tony and Sue, called “I Will Sing,” by going to www.youtube.com/watch?v=XnsUYHYF81k. I promise you that it is quite special.