The Story of Two Women

SWARTZ CREEK, MI (ANS) — I want to tell you about two remarkable women. 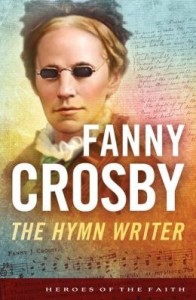 Fanny Crosby’s name is known by some people today, but her great number of gospel songs fill the hymnbooks of many denominations, and the airwaves even today, sung in every musical style you can think of. She lived almost 95 years (1820-1915) and was a prominent poet and librettist until about the age of 45. Then she began writing lyrics for hymns. Before she died she wrote almost 9000 hymns, many of them, as I said, familiar today.

These and many other works were accomplished despite the fact that Fanny Crosby was blind. Little Frances had an eye infection as a baby in Brewster NY, was mistreated with medicines, and thereafter had no sight. It was a handicap she endured without complaint, testifying that if she had “normal” sight she “might not have so good an education or have so great an influence, and certainly not so fine a memory.” She further testified that “when I get to heaven, the first face that shall ever gladden my sight will be that of my Savior.”

She was a teacher of blind students at an institution in New York City — where her secretary, transcribing her dictated poems, was a teenaged future president, Grover Cleveland — and a published poet, a librettist for opera-style stage cantatas, author of patriotic works during the Civil War, and an evangelist. She shared the gospel message from street corners to rescue missions to crusade meetings.

Fanny Crosby wrote words for her hymns, and seldom the music. Dozens of prominent and amateur composers provided the music to her miraculously simple but profound verses. In fact many of her poems were published under assumed names, so hymnbooks could maintain the appearance of variety. She and her husband, a blind organist, shared evangelistic work.

She never received more than five dollars for a song, and routinely much less; sometimes nothing. While her song sheets sold millions, she invariably lived in poverty. She was befriended by many, including Ira Sankey, the “music man” in D. L. Moody crusades in the US and England; but whatever money she made through her long career she did not tithe — she usually gave away half, sometimes all, of income receipts, to churches or missions. In New York City she served at the Bowery Mission, and lived in extreme poverty in places like the Tenderloin District or Hell’s Kitchen.

If you don’t know Fanny Crosby’s name, you might know her hymns including “Blessed Assurance,” “Pass Me Not, O Gentle Savior,” “Safe in the Arms of God,” “Near the Cross,” “Jesus is Calling,” and “He Hideth My Soul.” She is buried in a humble cemetery outside Bridgeport CT, her modest gravestone telling the world: “Aunt Fanny: She hath done what she could.”

When I met Cliff Barrows of the Billy Graham Crusades, he told me how the words of Fanny Crosby had touched his life, sometimes with the impact of Bible verses themselves. That day I had with me an old copy of Fanny’s autobiography, “Memories of Eighty Years,” and I presented it to him. A jewel-encrusted heirloom would not have meant more to him; it was impressive to see evidence of how, indeed, he had been touched by Fanny Crosby in his life.

Fanny never considered her affliction a handicap, and she did not complain about her poverty. She wanted to write hymns; and, in countless humble missions and fetid soup kitchens, she wanted to share Jesus with “her boys.” Her work lives on, beyond the people she met, in the hymns that still affect listeners today. 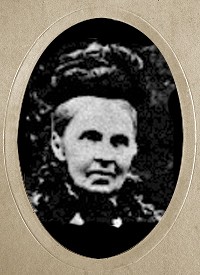 The other woman we visit today was Fanny’s contemporary and, like her, a poet, evangelist, missions worker, when these activities were uncommon, in churches and in general society, for women. She also suffered physical affliction, and wrote the words to at least one hymn of great fame and comfort to generations of people. Katherine Hankey, 1834-1911, was born in London and did all her work in England except for a period as a young woman, as an evangelist in “darkest Africa.”

Katherine’s father was a prosperous banker, so she never endured the privations of a Fanny Crosby. Yet she caught the evangelistic zeal — despite her staid Anglican roots — and preached on street corners of poor urban neighborhoods, in factories, and at docks. While only in her thirties she contracted a disease that had doctors confine her to bed, not merely her house.

Her greatest regret over this news of a life-threatening illness was that she could not preach, share the Word, and talk about the love of Jesus to “her boys.” She determined, if she had to find an alternative, to write what was on her heart. From a very long poem grew the verses that embodied her zeal to “tell the old, old story.”

Two women in two cities, two different societies — different from each other; different from today, especially regarding the role of women — both challenged by horrible afflictions, but overcoming them. Gloriously.

Their biographies are lessons for us all, not only contemporary women, young or old. They are inspirations to what we may do as fighters in the arenas of life, as warriors wielding the gentle weapons of God’s love and mercy.

Two women speak, and sing, to us over the many years. One, blind, wrote, “Tell Me the Story of Jesus.” The other, weak and be dridden, wrote, “I Love To Tell the Story.”

Two women’s stories are… one story. The story of Jesus and His love.