There’s a New Shepherd on the Hill… 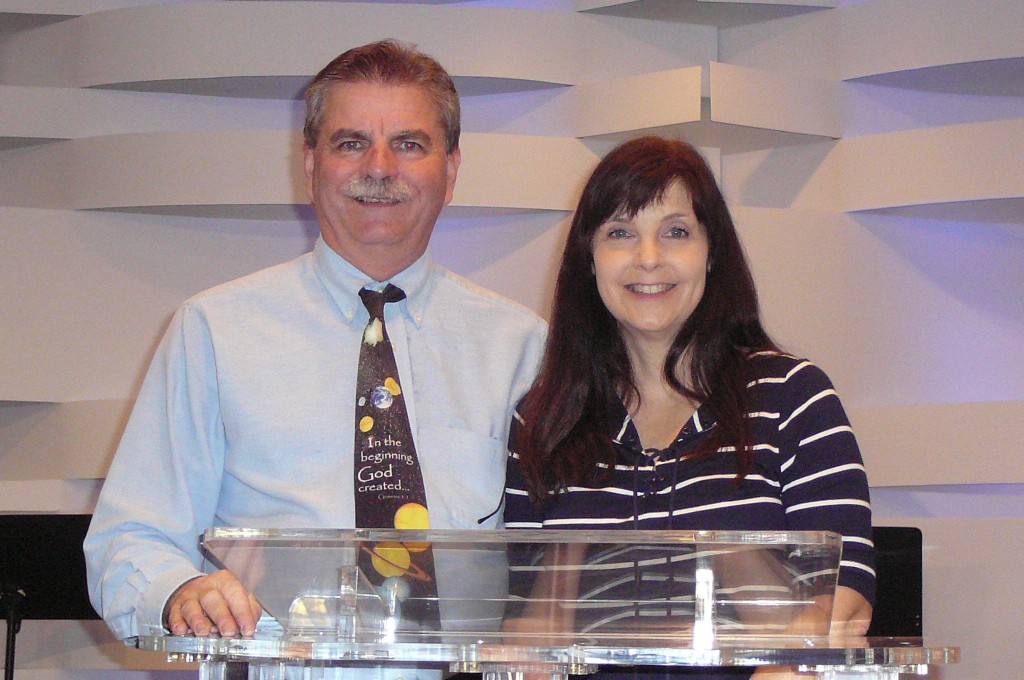 …Keeping watch over his flock by night.  Rick Bringhurst felt a “touch” on his shoulder by his Heavenly Father about six years ago to take up his staff and rod to head for the ministry to a special fold of sheep.  Rick and his wife Kelly have been a self-employed construction team, using their time, talents and carpenter tools for home repairs. How many carpenters take their wives on their job? That alone give you a hint about this gentleman’s ability to be a wise shepherd.  Like most new ministers (including the Apostle Paul), Rick has his “tent making” skills to put food on the table for his family. Now he can use his gifts as a pastor/teacher to put food in the hearts of his growing flock.

No doubt the Lord has been wooing and equipping Rick into pastoral care for many more than just six years. In Paul’s letter to the believers in Ephesus, he reminds them: “For by grace you have been saved through faith, and not of yourselves it is a gift of God, not of works, lest anyone should boast. For we are his workmanship (masterpiece) created in Christ Jesus for good works, which God prepare beforehand that we should walk in them.”  Now that concept of “beforehand” could be as early as when the Creator was flinging the stars in space, or at the moment of Rick’s “rebirth” in his early twenties when Rick decided to get serious about his study of God’s Word, knowing that Christ’s death on the Cross deserved a life of service for spreading the “good news” of the immense love that has been such a precious gift.

Since Rick’s marriage to Kelly in 1990, he served as a deacon of New Hope Christian Church, then on the church plant team to start Living Hope in North Kingstown, where he remained as an elder for 17 years, until he was asked to be an interim Pastor for Portsmouth Evangelical Friends Church during 2015 and 2016. That church building was closed in January of 2017 by the denomination’s home office in Ohio for some physical renovations and hopefully a restart later this year.

Pastor Rick’s flock wanted to remain together under his anointed leadership. For three weeks they gathered in a member’s home while praying for a permanent place of worship. The Lord quickly and generously answered their prayers by opening up the opportunity to share an established worship space with the Revival Church of the Nations, Newport on West Main Rd. in Middletown. The facility is fully furnished including electrical equipment and musical instruments plus a kitchen and fellowship area. God knew we love to eat together! This is a perfect example of how our Abba provides “exceeding, abundantly, above all we can ask or think” when we are walking in obedience to His plan and purposes.

Kelly, having also grown up in a Christ honoring home, knows when the Holy Spirit is touching her shoulder.  While reading the Sermon on the Mount in Matthew 5, Kelly new the name of the ministry should be City on a Hill Christian Church. “You are the light of the world. A city set on a hill cannot be hidden. Let your light so shine before man, that they may see your good works and glorify your Father in heaven.” City on a Hill is an independent (not affiliated with any denomination) Bible teaching outreach to Aquidneck Island.

On Saturday, March 25th, Pastor Rick was joined by about 100 family and friends to be officially Ordained as a minister of the gospel of Jesus Christ. He remains accountable as a brother in Christ as well as a minister for Christ to the Pastors who officiated in his Ordination ceremony:

Pastor Rick and Kelly have also been trained as Counselors under the instruction of Pastor Ricci and his certified counseling program.

The entire fellowship of City on a Hill welcomes all seekers of God’s Truth to join us at any or all of our services:

If you feel a “touch” on your shoulder to join us, it’s probably because we are praying for you.  We are located at 999 West Main Rd. in Middletown, RI.  Plenty of parking and NO STAIRS (for the elder ewes!).  Come on down and be “Filled”—Love, joy, new friends, new knowledge, Holy Spirit, and tasty treats…whatever you need.