They couldn’t take God’s gifts from me 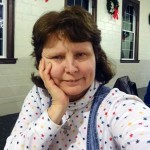 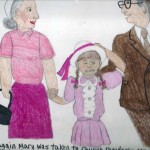 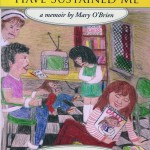 My name is Mary O’Brien. I didn’t start out as an O’Brien though. I was put up for adoption as a new born baby in 1961. I spent seven months at a Catholic orphanage in Providence, RI. My mother was in her teens when she had me and her mother wouldn’t allow her to keep me.

A home for me

Wanting to find a home for me, a visually impaired infant, the orphanage put my photo and an article about me in the newspaper. Although a number of couples were curious about me, only one wanted to adopt right off the bat. They were a childless, middle-aged couple who were financially comfortable. In spite of minor concerns over their age and lack of parental experience, I was given to the O’Briens at eight months of age. The social worker was so impressed with the fact that the O’Briens wished to adopt on religious principles.

Almost from the start my new mother had health problems. She was sometimes bed ridden, or had to go to the hospital. At times she simply didn’t know how to get me through the stages of development that babies go through. This caused me to be volleyed back and forth between my adopted home and the orphanage for the first five years of my life. During the many visits to the orphanage, I became very much attached to one particular nun there. I cried and threw tantrums when I was taken from her. My religious mother being both hurt and angry punished me for this. I was smacked in the face, strapped to my cot while holy water was splattered in my face and a crucifix was waved at me as my mother passed judgment on me. Religion was a weapon with my mother. It was also a strict way of life. The rosary was recited daily and we visited churches during the week to say the Stations of the Cross and light candles and pray. As a very small child I loved Jesus and used to reach for the crucifix wherever I saw it. So for a while I enjoyed these visits.

I stayed at the orphanage for the last time when I was five. I lied about my parents in order to avoid going home with them. I accused them of locking me in the cellar. After this all communication between me and my favorite nun was cut off. I was punished when I brought her name up. Yet for years my mother brought it up whenever I made her angry. I tried turning to acquaintances, or even strangers for help. If someone smiled or offered me a kind word I would beg them to take me home with them. I was punished for this at home. I grew to resent and not trust people.

By the time I was six I was a mess. I dared not approach God, fearing that He hated me. I no longer cared much about Jesus. I had been hit and told repeatedly that I was bad. Without meaning it, my mother made God seem grim and unapproachable. It wasn’t hard to believe that I was bad and unworthy of love. I had been expelled from several preschools for disruptive behavior and was on medication which was intended to calm me down. I threw some nasty tantrums and couldn’t sit still or focus on tasks.

When I was seven I was placed in a psychiatric hospital for disturbed children. I spent three years there. I felt no regret about this. I suffered no homesickness and gazed at sobbing new patients in bewilderment. I had no attachments to anyone, nor did I form any real ones at the hospital. I had imaginary friends from the time that I was about three years old and I wasn’t about to let them go. I did make one or two friends among the patients and staff though.

I learned to play with other children and to obey adults, for the most part. I was allowed time to draw. This was one of my favorite activities. We had outings, clubs and an olympic size swimming pool at the back of the property. We had school right on the premises. Barely on a first grade level upon arrival, I was ready to enter the fourth grade as a ten year old.

My mother’s moods had been unpredictable from one visiting day to the next and my father, as usual was totally supportive of her. So on the morning that I was discharged I ran and hid under a bed. A pep talk about bravery encouraged me to go down to meet my parents.

At home I sobbed openly wishing that my mother would understand how much I missed the hospital and the youth culture that surrounded me there. She couldn’t comfort me. She was too disappointed in me for not being happy to be home.

I spent six months at home. The physical abuse stopped. However my mother continued to be very moody. She often hollered at me for a half hour, or more about things I did, as a toddler and small child. She made me feel so guilty that I began to regress. I gradually acted younger until at ten and a half I was behaving like a six year old. When life at home became too much I ran away. Children with eye sight problems who became runaways made the authorities nervous. They incarcerated them wherever they could. I was placed on the adolescent ward of the RI Medical Center. I didn’t mind this. I played, drew pictures, watched TV and danced to records.

At the notorious Elan School

By the time I was twelve I had run away from three more places and been rejected by a few others. I was then sent to a very controversial school in Maine called the Elan School. It was designed for drug addicts and alcoholics, but the director marketed it as a school for problem kids. After a while more kids with behavior problems were sent there and mixed in with junkies, some in their mid-twenties. Discipline and therapy ruled the day there. Much physical, verbal and psychological abuse occurred at Elan. The directors believed in peer pressure and that the best way to make someone change was to humiliate them in front of everyone. I remained in that volatile, often chaotic setting for five years.

My two wonderful years at the Perkins School for the Blind

At seventeen I went to the best school ever! Perkins School for the Blind in Massachusetts was for me like dying and going to Heaven. The campus was beautiful with its Victorian buildings and manicured lawns. The whole atmosphere was filled with a combination of learning and fun and people were upbeat and friendly for the most part. I had a hard time accepting that I would only be allowed to remain at Perkins for two years. I graduated feeling sad and uncertain about the future.

At home I dutifully attended church with my father. My mother was dead by this time. I felt nothing for God or Jesus.

Searching for a relationship with the Lord

In my adult years I made a lot of silly mistakes, sometimes the same mistakes a number of times. I found it so hard to cope with people and society. There were times when I tried to be an adult, but after a few years I regressed again. This became a pattern until I just stopped trying. I wasn’t lonely though. Aside from my imaginary friends, I had friends from the blind community, who I hung around with. I often visited various churches. I was searching for a relationship with the Lord, but I feared being condemned for being a negative person.

At peace with God

Finally on Easter Sunday of 1998 I made a very important decision. I became a Born Again Christian. This was something that had been nagging at me for a few years. What allowed me to take the step was finding out two things. God never hated me, or saw me the way my mother used to. He did in fact love me, as He loves everyone. I realized that anyone, no matter what they did, could be saved. I also found out that He loves us where we are, even if we’re dishonest, quirky, shy, or still like to play with dolls. Several friends and acquaintances, who were Christians, took the time to talk to me. They wanted to reassure me and convince me to give myself to Christ.

I have been attending Faith & Hope Baptist Church, in Providence, where I’ve learned so much more about the Bible than I had anywhere else. With emotional support from Pastor John Slaiger and his wife, Sue, I have been able to work through my anger and confusion toward God. I know now that people bring bad circumstances upon themselves by the poor choices they make. My biological mother did this by getting pregnant as an unmarried teen and the social worker from Catholic Services did this by giving me to inexperienced parents. My adopted mother did so by not forgiving me for preferring other people over her. I made bad choices with all the running away I did.

In 2007 I found my biological family. Unfortunately I never met my mother. She was already dead by then. However I met my four siblings, three sets of uncles and aunts and countless cousins. I also met my real father and his five sons and daughters.

I’ve been attending the Community College of RI since the fall of 2013. I started out as an art major, but I am turning more and more toward history. I have an aunt, who is a history professor and an uncle, who is a history buff, so I guess it runs in the family. I draw and paint in my free time.

This Bible verse has been a great inspiration for me: Philippians 4:13 – I can do all things through Christ which strengthens me.

I have since published a book about my life. It’s called My Imagination And Art Have Sustained Me. It’s available in hard copy and Kindle at Amazon.com.