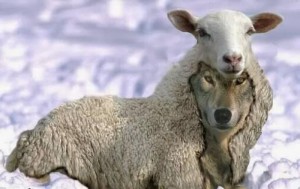 A relatively unpublicized and unpromoted online statement for Christians to affirm their opposition to the “social justice” agenda of some American churches and reject “values borrowed from secular culture” is surging.

Introduced in mid-September, less than 10 days later it had over 8500 signatures from individuals and groups, including churches.

The Daily Wire said the “Statement on Social Justice & the Gospel” is drawing opposition, such as the criticism from Ryan Burton King of Grace Baptist in the United Kingdom, who charged that the signers are “not at all ‘getting’ what those whom it primarily addresses are saying.”

“We are deeply concerned that values borrowed from secular culture are currently undermining Scripture in the areas of race and ethnicity, manhood and womanhood, and human sexuality,” declares the statement.

“The Bible’s teaching on each of these subjects is being challenged under the broad and somewhat nebulous rubric of concern for ‘social justice,’” the leaders say.

They warn: “If the doctrines of God’s Word are not uncompromisingly reasserted and defended at these points, there is every reason to anticipate that these dangerous ideas and corrupted moral values will spread their influence into other realms of biblical doctrines and principles.”

The Daily Wire pointed out that the statement emphasizes the value of each individual but rejects the “leftist concept of ‘white guilt.’”

“We affirm that the Bible is God’s Word, breathed out by him,” the leaders say. “It is inerrant, infallible, and the final authority for determining what is true (what we must believe) and what is right (how we must live). All truth claims and ethical standards must be tested by God’s final Word, which is Scripture alone.”

The leaders deny “that Christian belief, character, or conduct can be dictated by any other authority, and we deny that the postmodern ideologies derived from intersectionality, radical feminism, and critical race theory are consistent with biblical teaching.”

“We further deny that competency to teach on any biblical issue comes from any qualification for spiritual people other than clear understanding and simple communication of what is revealed in Scripture.”

It references the Bible over and over, contending “the priorities and mission of the largest evangelical denominations, churches, and seminaries in the United States” have “radically changed” in recent years.

“Seminaries previously focused on Scriptural exegesis and proclamation are now focusing on teaching their future pastors’ postmodern concepts such as critical race theory and intersectionality. Churches throughout the nation are pushing progressive agendas along with the teaching of unconscious bias training and the deceptive idea of ‘white privilege.’”