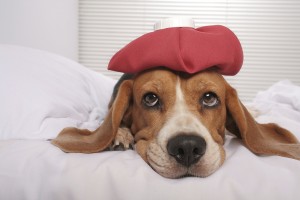 Cute beagle dog in bed with ice pack on her head

To all those who are sick and tired of politics as usual…tired of being angry, tired of having your hot button pushed, tired of being ‘connected’ with blowhards on Facebook, tired of the ranting and the raving, the complaints – real and imagined, and the swamp that refuses to drain…take a break. To the politicians and celebrities feverishly looking for a camera to stand in front of, tired power brokers, and reporters yelling stupid questions over forty other people…time out.

Before we get into what promises to be the most contentious midterm election season in many years,…get out of the pool, dry up and relax. Yes, there are many things to complain about, no shortage there, but we have to put everything in prospective and understand what we are up against.

For the most part, we are battling against people who make a living out of pissing us off. Politics is designed to get you angry and emotionally charged. Many of them don’t even believe what they are saying. You get furious, they get attention. When Liberals cry ‘the end of the world’, learn to laugh. Get unplugged. Avoid continually unhappy people.

Poll after poll, for decades, reports that Republicans are happier than Democrats…much happier. Is it that Republicans are richer?…not really. Unlike Democrats, Republicans don’t go against the grain. They avoid pretending that reality doesn’t exist. As a whole, they don’t struggle with gender identity, needing safe spaces, or being offended by every little breach. They are not chronic complainers. Most of all, Republicans tend to be more spiritual, more grounded.

Pew Research in 2014 found that 61% of Republican voters were Christians vs. 37% of Democratic voters self-identified as Christians. Other polls from Gallup say much the same. Christians tend to be Republican. Agnostics or atheists tend to be Democrats, partly because they believe that religion teaches social inequality. They couldn’t be further from the truth. Christians just have a better understanding of their place in the world. They have a strong sense of being forgiven and everyone needs that.

What does this have to do with being happy?…everything! They know happiness is fleeting. It can’t be found through other people. It has to begin from within and it’s not really happiness we’re after, but joy… the peace found in the midst of adversity and there is plenty of that to go around.

Politics is designed to get you angry, emotionally charged, raise your blood pressure. We need to pick and choose our fights, and many are worth fighting, but we also need to know when to back off. Remember, backing off is not backing out.

Okay everybody, back into the pool.