TIANJIN, China. – Traumatized by more than a year of torture, a prominent Christian human rights lawyer in China’s Tianjin municipality fears he might die of medical conditions.

Li Chunfu, a rights attorney, was released on bail yesterday, emaciated and aged. When his spouse noticed he was fearful of entering his own apartment, she wept.

Since his release, Li revealed to his wife that he was subjected to medical examinations almost daily while being held in an unofficial “black jail.” The authorities diagnosed him with high blood pressure, even though he has never suffered from it before, and fed him unknown medications. Li also claimed that his heart is damaged and believes he does not have long to live. 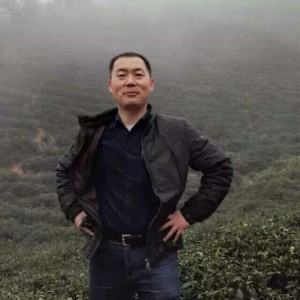 Li was likely tortured while imprisoned, prompting his fear. His family is calling for immediate professional help.

Li disappeared into police custody on Aug. 1, 2015, shortly after his brother, Li Heping, was apprehended during a nationwide crackdown on human rights defenders. On Dec. 6, Wang Qiaoling, Li Heping’s wife, learned that her husband had been charged with “subversion of state power” and was to be prosecuted.

During his incarceration, Li Chunfu was held incommunicado.

“The Chinese regime’s Nazi-style brutality enacted against innocent peaceful rights defense lawyers such as Li Chunfu should be condemned by everyone with a conscience,” said China Aid’s president and founder, Bob Fu. “This is a barbaric act against humanity that is in absolute violation of international standards that prevent arbitrary detention and torture and are meant to protect human rights defenders.”

In 2012, Li Chunfu was part of a delegation that traveled to Washington, D.C., Philadelphia, and Texas to meet with Members of Congress, State Department officials, the Congressional Executive Commission on China, and personnel from the Human Rights Watch, the Center for East Asian Studies at the University of Pennsylvania, and Baylor Law School.