TRUMP SUPPORTERS MUST NOT GO TO SLEEP 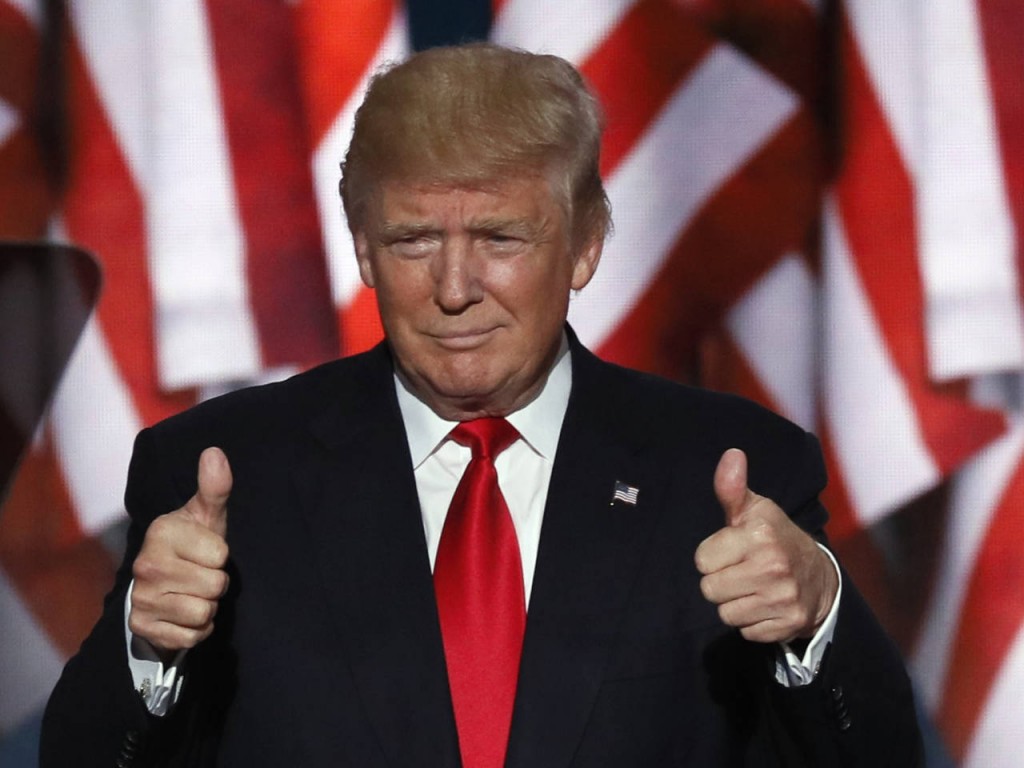 By Chuck Baldwin
Now that Donald Trump has won the presidential election, most of the people who voted for him (along with most of the rest of the world) are breathing a huge sigh of relief. As I wrote earlier, a Hillary Clinton presidency was not only a threat to whatever liberties the American people have left, it was a threat to the peace and stability of the entire planet. Except for the radical protesters (most of whom did not even vote in the election and many of whom were paid to riot) who are making royal jackasses out of themselves in Portland, Oregon, and California, the perverts in Hollywood, and the presstitutes in the mainstream media, most of the nation (and the world with maybe the exception of China and Saudi Arabia) is feeling REALLY GOOD about the election.

However, I want to caution Trump supporters that the last thing they can afford to do right now is what conservatives normally do after a Republican wins the White House: go into a deep state of complacency. With the exception of stopping another Clinton from obtaining the White House (yes, that is HUGE), a Trump election accomplishes nothing. It is not the candidate, Donald Trump, that is going to govern from 1600 Pennsylvania Avenue. It is the president, Donald Trump, that will govern. And what kind of president Trump will make is yet to be seen.

I well remember when George W. Bush was elected President. The entire conservative, Christian, and Republican worlds fell into a state of extended hibernation. And G.W. Bush went on to trample more of our constitutional liberties than Bill Clinton and Barack Obama combined. This could only happen because he faced no resistance from the Republican Party or Christians and conservatives in general. They were sound asleep.

If the people who supported Donald Trump go to sleep now, there will be no going back. This is a once-in-a-lifetime opportunity to change the course of a nation. Frankly, if this opportunity is squandered, there likely will not be another one in most of our lifetimes.

Now, before getting to the meat of this column, let me digress and say this: as much as I despise the whole left-right, conservative-liberal paradigms, there is no question that the globalists are currently going all out to manipulate radical leftists into trying to undermine the will of the American people and institute their socialist, anti-freedom agenda by any means necessary.

For example, when Bill Clinton and Barack Obama were elected, conservative, constitutionalist, “right wing” people did not riot in the streets, burn down buildings, attack police officers, and threaten to sabotage the Electoral College or call for Clinton or Obama’s assassination. Yet that is exactly what the radical left (inspired by ultra-America haters such as George Soros, many university faculties, and many in the mainstream media) are now doing. The Southern Poverty Law Center (SPLC) is constantly telling the media and police agencies across the country that it is conservative, right-wing, Christian people who pose America’s biggest threat. But in fact, the opposite is true. Look at how the radical left is behaving: Soros and the mainstream media are fueling the fires of prejudice, hatred, and violence–and the SPLC is saying ABSOLUTELY NOTHING.

The only thing I will say in response to all of these attempts at intimidation, coercion, and violence being perpetrated by these radical leftists is, if they truly want to see what would happen when conservative, God-fearing, patriotic Americans are brought to a state of righteous indignation, just let them attempt to stop the Electoral College from confirming Donald Trump as President on December 19. 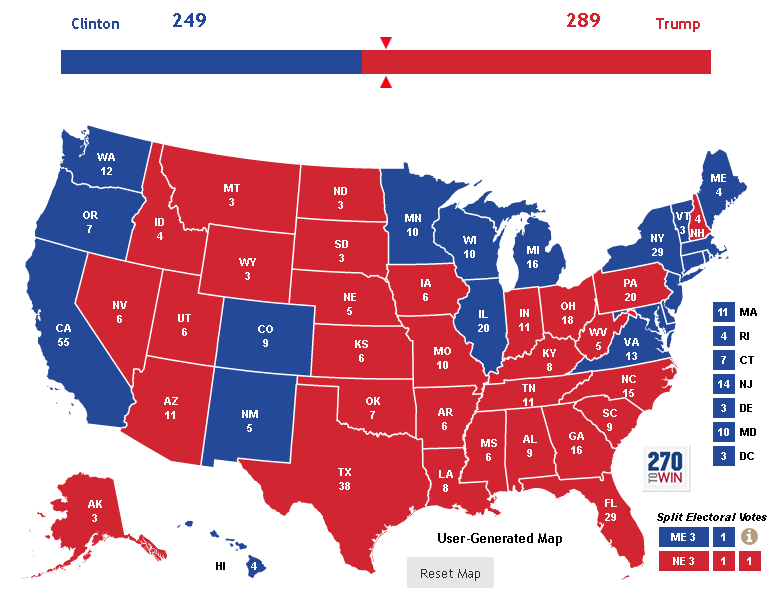 At no time in American history has the Electoral College ever failed to confirm a presidential candidate who won the required electoral votes in the general election. These delegates take an oath to confirm the vote of the people of their states in the general election in the Electoral College. And if scumbags such as George Soros or the media elite are allowed to pull off a coup and somehow manipulate the delegates of the Electoral College into doing otherwise in 2016 (and thereby destroy our constitutional form of government), the people (along with citizens within law enforcement [federal and State], National Guard, etc.) of this country would be morally, spiritually, and ethically justified in demanding that the respective states whose electoral votes went to Trump count the unconstitutional vote of a faithless Electoral College as null and void and enforce the results of the November 8 elections by any means necessary–including leaving the Union if this breach of constitutional government was allowed to stand. If liberals and socialists want to start another civil war, that’s a good way to do it.

And while I’m on this subject, since Donald Trump was elected, many people in the states of California, Oregon, Nevada, and Washington are proceeding with citizen initiatives to secede from the United States and become part of Canada. Imagine a country without California! Hallelujah! I always envisioned liberty-minded states seceding, but if the socialists in California, Portland, Las Vegas, and Seattle want to take the initiative, I AM ALL FOR THEM. And while they are at it, I wish they would take Massachusetts, Connecticut, New Jersey, New York City, Baltimore, and Chicago with them. Those places have been a thorn in the side of liberty long enough.

But back to my point: this is a once-in-a-lifetime opportunity to change the course of a nation. And the people who turned the political and media establishments on their ear on November 8 just CANNOT afford to become lethargic and complacent because Trump won.

After my post-election column, a lady wrote to me and said, “I have confidence he [Trump] plans to do what is best for the country.” With all due respect, I don’t! I agree wholeheartedly with Thomas Jefferson. He said, “In questions of power, then, let no more be heard of confidence in man, but bind him down from mischief by the chains of the Constitution.”

If Donald Trump is going to be anything more than just another say-anything-to-get-elected phony, he is going to have to put raw elbow grease to his rhetoric. His talk got him elected, but it is going to be his walk that is going to prove his worth.

And, as I wrote last week, the biggest indicator as to whether or not he is truly going to follow through with his rhetoric is who he selects for his cabinet and top-level government positions. So far, he has picked Reince Priebus as White House chief of staff and Stephen Bannon as White House chief strategist.

Reince Priebus is an establishment insider. He did NOTHING to help Trump get elected until the very end of the campaign. He is the current chairman of the Republican National Committee. If that doesn’t tell you what he is, nothing will. Trump probably picked him because he is in so tight with House Speaker Paul Ryan (a globalist neocon of the highest order) and the GOP establishment, thinking Priebus will help him get his agenda through the GOP Congress. But ideologically, Priebus does NOT share Trump’s anti-establishment agenda. So, this appointment is a risk at best and a sell-out at worst.

On the other hand, Stephen Bannon is probably a very good pick. He headed Breitbart.com, which is one of the premier “alt-right” media outlets that has consistently led the charge against the globalist, anti-freedom agenda of the political establishment in Washington, D.C. Albeit, Bannon is probably blind to the dangers of Zionism and is, therefore, probably naïve about the New World Order. I don’t believe anyone can truly understand the New World Order without being aware of the role that Zionism plays in it.

To be honest, the possible appointments of Rudy Giuliani, Chris Christie, John Bolton and especially Newt Gingrich are MORE than troubling. Rudy Giuliani is “Mr. Police State,” and if he is selected as the new attorney general, the burgeoning Police State in this country will go into hyperdrive. NSA whistleblower Edward Snowden is already warning us about this. Chris Christie is a typical New England liberal Republican. His appointment to any position bodes NOTHING good. And John Bolton is a Bush pro-war neocon. But Newt Gingrich is the quintessential insider, globalist, and establishment hack.

There is absolutely no doubt in my mind that the globalist elite gave Newt Gingrich the assignment of cozying up to (and “supporting”) Trump during his campaign with the sole intention of being in a position for Trump to think he owes Gingrich something so as to appoint him to a key cabinet post in the event that he won. Gingrich could then weave his evil magic during a Donald Trump presidential administration. 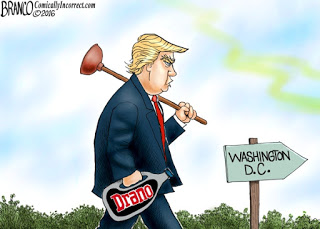 Newt Gingrich is a HIGH LEVEL globalist and longtime CFR member. He is the consummate neocon. And he has a brilliant mind (NO morals, but a brilliant mind–a deadly combination, for sure). If Donald Trump does not see through this man, and if he appoints him as a cabinet head in his administration, I will be forced to believe that Donald Trump is clueless about “draining the swamp.” You cannot drain the swamp by putting the very people who filled the swamp back in charge. And that’s exactly what Trump would be doing if he appoints Gingrich to any high-level position in his administration.

Trump is already softening his position on illegal immigration, on dismantling the EPA, on repealing Obamacare, on investigating and prosecuting Hillary Clinton, etc. Granted, he hasn’t even been sworn in yet, and it’s still way too early to make a true judgment of his presidency. But for a fact, his cabinet appointments and his first one hundred days in office will tell us most of what we need to know.

What we need to know right now is that WE CANNOT GO TO SLEEP. We cannot sit back in lethargy and complacency and just assume that Donald Trump is going to do what he said he would do. If we do that, we might as well have elected Hillary Clinton, because at least then we would be forever on guard against her forthcoming assaults against our liberties.

There is a reason we have lost more liberties under Republican administrations than Democratic ones over the past few decades. And that reason is the conservative, constitutionalist, Christian, pro-freedom people who should be resisting government’s assaults against our liberties are sound asleep because they trust a Republican President and Congress to do the right thing–and they give the GOP a pass as our liberties are expunged piece by piece. A pass they would NEVER give to a Democrat.

The difference in this election is that Donald Trump didn’t run against the Democrats; he ran against the entire Washington establishment, including the Republican establishment. Hopefully that means that the people who supported and voted for Trump will NOT be inclined to go into political hibernation now that Trump is elected.

I tell you again: this is a once-in-a-lifetime opportunity to change the course of a nation. Frankly, if this opportunity is squandered, there likely will not be another one in most of our lifetimes.

Stay awake! Pay attention! And hold Donald Trump’s feet to the fire! Because at the end of the day–and after our liberties are demolished and our posterity is languishing in oppression and tyranny–no one will remember if it was a Democrat or a Republican that took our liberties from us. All we will remember is that WE LET IT HAPPEN.