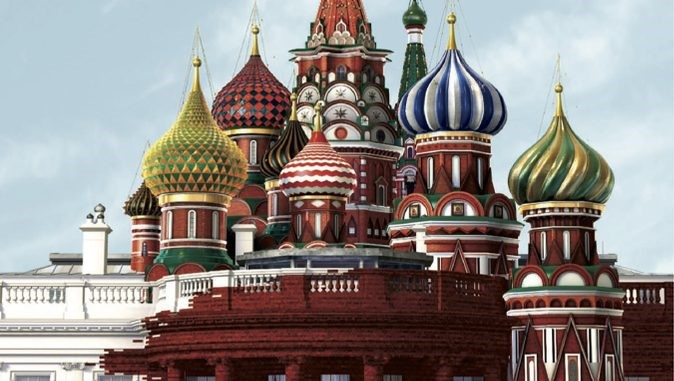 Do the Russians and Chinese understand the true reason for Washington’s hostility toward them? Or to whom the U.S. military/security complex is truly answering? An overwhelming majority of Americans certainly don’t seem to have a clue what’s going on.

Those of us who have exited The Matrix are concerned that there are no checks on Washington’s use of nuclear weapons in the interest of U.S. hegemony over the world.

Washington and Israel are the threats to peace. Washington demands world hegemony, and Israel demands hegemony in the Middle East.

There are two countries that stand in the way of Washington’s world hegemony—Russia and China. Consequently, Washington has plans for preemptive nuclear strikes against both countries. It is difficult to imagine a more serious threat to mankind, and there is no awareness or acknowledgment of this threat among the Congress, the presstitute media, and the general public in the United States and Washington’s European vassal populations.

Two countries and a part of a third stand in the way of Greater Israel. Israel wants the water resources of southern Lebanon, but cannot get them, despite twice sending in the Israeli Army, because of the Lebanese Hezbollah militia, which is supplied by Syria and Iran. This is why Syria and Iran are on Washington’s hit list. Washington serves the military/security complex, Wall Street, and the over-sized U.S. banks, and Israel.

It is unclear if the Russians and Chinese understand that Washington’s hostility toward them is not just some sort of misunderstanding that diplomacy can work out.

Clearly, Russia hasn’t interfered in the U.S. presidential election or invaded Ukraine, and does not intend to invade Poland or the Baltics. Russia let go the Soviet empire and is glad to see it gone, as the empire was expensive and of little benefit. The Soviet Eastern European empire comprised Stalin’s buffer against another Western invasion. The Warsaw Pact had no offensive meaning. It was not the beginning, as misrepresented in Washington, of Soviet world domination.

Lavrov and Russian media organizations do not always show awareness that it is not Washington’s intention to accommodate other national interests.

It cannot be otherwise for these three reasons:

For the Russian Foreign Minister to believe that it is possible to reach an accommodation with Washington, other than a Russian surrender, is nonsense. Perhaps this is Lavrov’s use of diplomacy to delay the U.S. attack while Russia prepares. Or perhaps Lavrov is just a diplomat who sticks to his last, despite the facts.

Much of the Russian media, both in Russian and foreign language broadcasts and websites, thinks that the Western misrepresentation of Russia is just a mistake and that the facts, once they are established, can rectify the mistake. These Russian journalists don’t understand that Washington could not care less about facts. Washington desperately needs an enemy, and Russia is the enemy of choice.

The Chinese government seems to think that Wall Street and U.S. corporations are too dependent on the cheap Chinese manufacturing labor, which keeps the U.S. system fueled with profits, to jeopardize these profits by going to war. 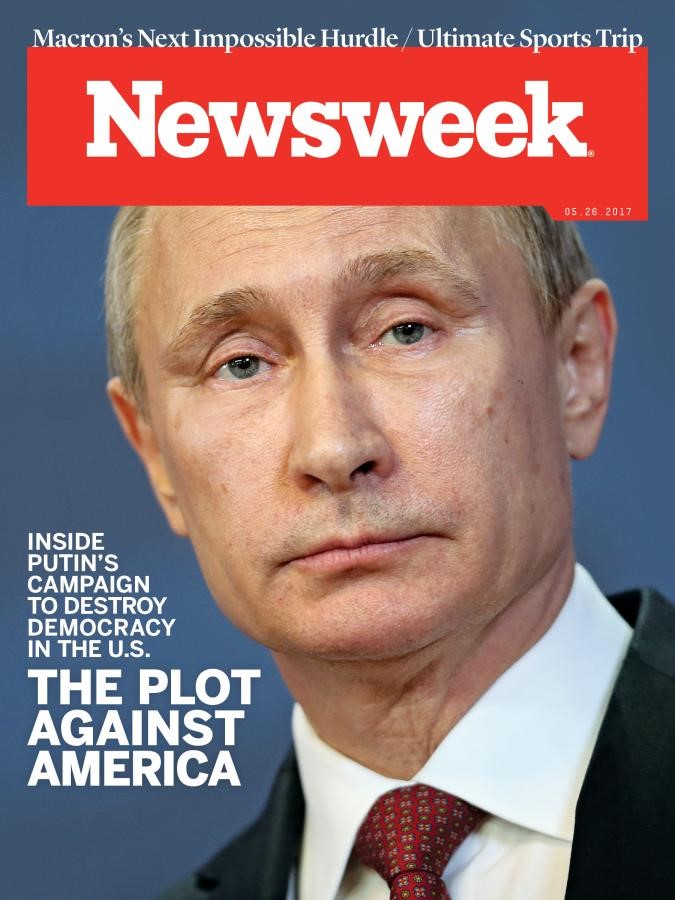 By underplaying the risk of war, Russia and China fail to mobilize world opposition to Washington’s recklessness and, thereby, enable Washington’s move toward war.

The presstitutes serving the National Security State continue to drive toward conflict. Consider Newsweek’s May 28, 2017, cover story with Putin on the cover and the caption: “The Plot Against America: Inside Putin’s Campaign to Destroy Democracy in the U.S.”
It is difficult to imagine such ignorant nonsense from a mainstream news magazine. Democracy in America has been destroyed by special interest groups, by a U.S. Supreme Court decision that gave the reins of power to special interest groups, and by a hoax war on terror that has destroyed the U.S. Constitution. And here we have the presstitutes saying that Putin is destroying American democracy. Clearly, there is no extant intelligence anywhere in the Western media. The Western presstitutes are either corrupt beyond belief or ignorant beyond belief. Nothing else can be said for them.

Consider Time magazine’s cover for May 29, 2017. It depicts Trump turning the White House into the foundation for 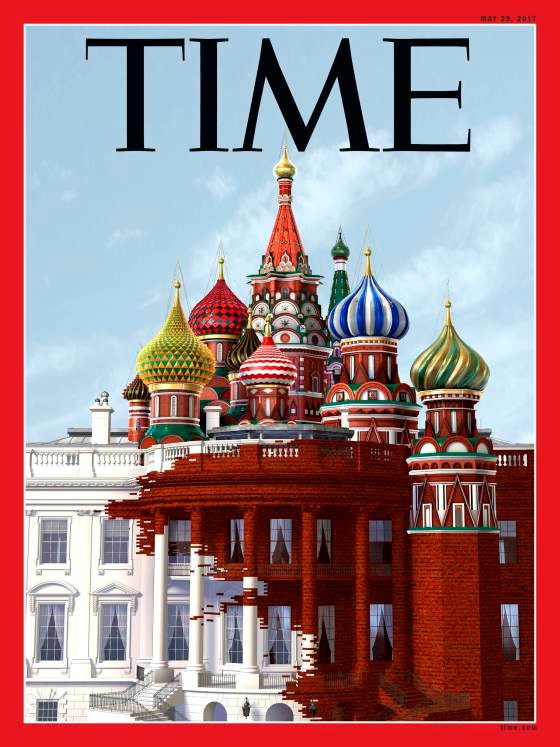 the Kremlin, which rises above the White House, symbolizing America’s subservience to Russia under President Trump. This extraordinary propaganda seems to be readily accepted by the bulk of the Western populations, peoples who will die as a result of their insouciance. [And who do not know the difference between the Kremlin and St. Basil’s Cathedral. Ed.]

Even writers critical of Washington, such as Paul Street’s recent article on “CounterPunch” and the English language Russian website, “Strategic Culture Foundation,” cannot bring themselves to state the truth that the U.S. military/security complex needs a major enemy, has elected Russia for that role, and intends to defend this orchestration to the end of humanity on Earth.

Street writes about “How Russia Became ‘Our Adversary’ Again.” According to Street, Russia became the enemy of choice because Russia protected part of the world’s population and resources from being exploited by global capital. Russia became the number one enemy of the U.S. also because Putin stopped the American exploitation of Russia economically. Putin is in the way of Washington’s exploitation of the world.

Much of what Street says is correct, but he is hesitant to state it in a straightforward manner. He has to dilute his message by repeating the obligatory propaganda. Street calls Trump, who originally wanted normal relations with Russia, an “orange-haired brute . . . [who admires] Putin’s authoritarian manliness.”

Trump’s problems originated in his goal of normalizing relations with Russia. Hillary is the brute who intended to worsen the relations.

Putin is a democrat, not an authoritarian. The authoritarians are in Washington. Surely Paul Street and CounterPunch know this. But Street has to protect himself from speaking some politically incorrect truths about the U.S. and Russia by throwing in some anti-Putin propaganda and denigrating President Trump.

The truth that peace with Russia and China would undermine the justification of the $1,000 billion military/security budget, and that the military/security complex is the American government, is too harsh for most writers to state.

Truth is the most rare element in the Western world, and we will not be permitted to have much of it much longer. Increasingly, truth is difficult to find. Soak it up while it is still available.

Dr. Paul Craig Roberts was assistant secretary of the U.S. Treasury under President Ronald Reagan and was associate editor and columnist at The Wall Street Journal. He has been a professor of economics in six universities, and is the author of numerous books available at www.AmericanFreePress.net.