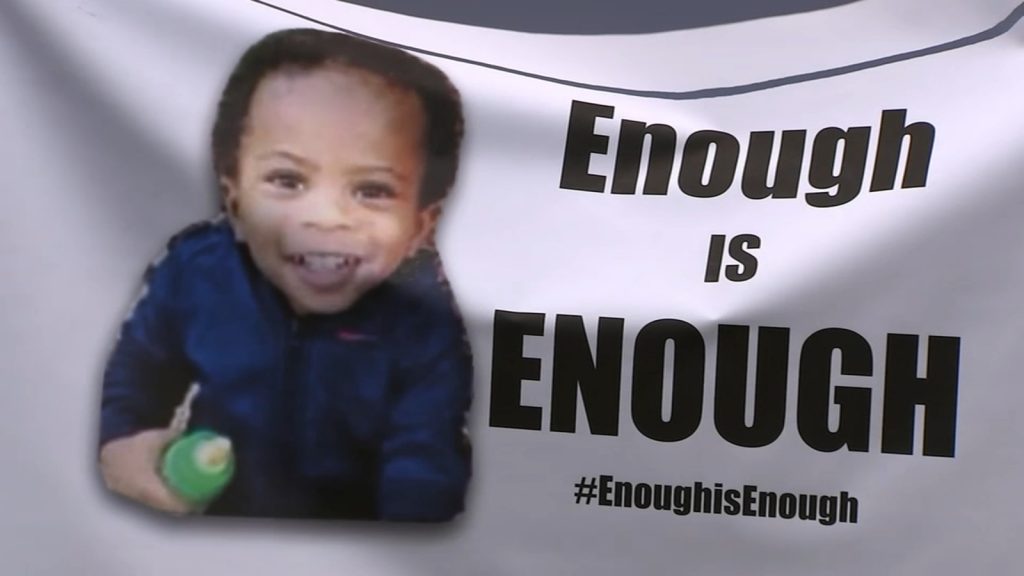 CHICAGO — It was a bloody Fourth of July weekend in Chicago as dozens were shot and 15 were killed by ongoing gun violence. Two of those fatalities were minors.

“You gotta stop this killing. … These are innocent kids. She was only seven years old. She always said, ‘I love you,’” Shelley Fulton told WGN-TV of her Great-Niece Natalie Wallace.

According to reports, Wallace was playing outside of her great-grandmother’s house in the Austin neighborhood during an Independence Day barbecue on Saturday when a vehicle pulled up and behind shooting at attendees. She was struck in the head and pronounced dead at Stroger Hospital.

An adult was wounded after a bullet made contact with his leg and ankle.

More than 20 shots were stated to have been fired. One of the men involved, Reginald Merrill, 33, has been arrested and charged with first-degree murder and aggravated battery. Police are still looking for the other suspects.

“To see my daughter on the table with a gunshot wound to the forehead, that will change somebody’s life,” father Nathan Wallace told reporters during a press conference. A GoFundMe page has been set up to help pay for the girl’s funeral expenses and headstone.

Earlier that same evening, 14-year-old Vernando Jones, Jr. was among those watching fireworks in the Englewood neighborhood when four men began firing into the crowd. Jones was hit in the back and pronounced dead at Comer Children’s Hospital.

Seven others were also struck by bullets, three of whom died. Two of those injured were also minors, ages 11 and 15. More than 80 others were shot from Thursday to the end of the weekend, being struck in the hip, leg, shoulder, neck, chest or head. 15 of those died from their injuries.

Local television station WLS reports that the violence occurred despite the fact that the Chicago Police Department had an additional 1,200 officers on the streets and 173 guns were confiscated. Hundreds of other illegal weapons were also seized in recent weeks.

“I sincerely pray on behalf of a grieving city that you are able to recognize the consequences of what you’ve done. The souls that you have ruptured,” Chicago Mayor Lori Lightfoot said Monday, according to WGN.

Chief of Detectives Brendan Deenihan advised that he believes the violence is gang-related.

“It’s this constant gang-on-gang violence where they’re targeting an individual. There is usually zero cooperation between these gangs because they just want to go back and exact their revenge the next time around, which what caused the death of these two children,” he stated.

“We have to put social workers on the street. We have to reopen up the mental health facilities. We have to put money and invest in programs for young people,” Ja’Mal Green stated, according to WLS-TV.

“Thoughts and prayers are simply not enough at this point,” Lightfood said. “Sorrow itself is not enough and what it says is we need to do better as a city, this day, this year and really every day. There is no reason we should be feeling and experiencing moments like this.”

“We gotta get to the … root of this problem,” said victim’s advocate and crisis responder Andrew Holmes. According to a recent tally, more than 300 people have died in Chicago by homicide this year.

As previously reported, in Mark 7:20-23 Jesus outlined that murder, like all sin, begins in the heart. It is why He declared that men must be born again (John 3:3) and have their very nature changed, or they cannot see the Kingdom of God.

“That which cometh out of the man, that defileth the man,” Jesus said. “For from within, out of the heart of men, proceed evil thoughts, adulteries, fornications, murders, thefts, covetousness, wickedness, deceit, lasciviousness, an evil eye, blasphemy, pride, foolishness. All these evil things come from within, and defile the man.”