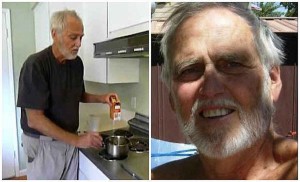 There are some folks who know the truth of chemo drugs’ toxicity and will do whatever it takes to avoid a therapy that many do not survive, whether they have medical insurance or not. Two such persons were Vernon Johnston and Ann Cameron.

Both were diagnosed with cancer, and both took paths few would dare under the circumstances. The pressure is great to succumb to conventional medical treatments.

There are dietary treatments under supervision, however, that have much higher success rates with no serious side effects.

Though not nearly as expensive as orthodox Western oncology, they are not covered financially with private or government medical insurance and usually demand travel or relocation. So some are forced into resorting to staying at home and using do-it-yourself (DIY) protocols.

Some protocols, like the Budwig Diet, Essiac Tea — home brewed with fresh herbs, and others, have taken to the task successfully. But Vernon and Ann took matters into their own hands with even more unconventional inexpensive protocols that many would consider suicidal.

Disclaimer: This article is not an attempt to diagnose, prescribe, or give medical advice. It is simply sharing interesting true stories for educational purposes.

After some preliminary tests and a biopsy, Vernon was diagnosed with stage IV prostate cancer, which had metastasized into bone matter around the prostate. Stage IV is the most advanced life-threatening level of cancer. But fortunately, prostate cancer is slow moving or spreading.

While staying with a brother near Portland, Oregon, Vernon was eligible for services from a VA (Veterans Administration) hospital in Oregon. VA offers complete coverage without co-payments for most medical services to low-income veterans while charging small co-payments to veterans who are financially better off.

Because of the VA medical system’s patient load, the time between diagnosis and treatment often takes longer than private medical services. That gave Vernon a window of opportunity to do whatever he could to reverse his cancer before being pressured into conventional therapies.

Vernon’s adult son suggested he look into cesium to rapidly boost pH levels in the cancer cells for treating his cancer. It could be ordered online, so he did. Cesium is available as a powder, cesium carbonate, or as an ionic liquid, cesium chloride.

Consuming the natural mineral cesium penetrates cancer cells and instantly raises their pH readings from close to five (5), highly acidic, to around eight (8) (highly alkaline). The rapid shift from cancer cells’ comfort zone of low pH and high acidity to alkaline beyond what’s considered the normal 7.3 pH level has been proven by some iconoclastic doctors and researchers to have the ability to destroy cancer cells.

So boosting the pH levels rapidly to eight (8) creates a sudden rush of oxygen into cancer cells making it impossible for them to survive. Fortunately, the cesium order did not arrive and his window of opportunity to experiment on a DIY basis was running out, which would have forced him into chemotherapy or radiation treatments.

This was fortunate because cesium cancer treatments require close monitoring of potassium and magnesium levels for safe consumption. If potassium levels go too low from the addition of high cesium salt supplementation, death can occur.

This is why a health practitioner should be used to monitor those levels. Instead, Vernon discovered another way to rapidly boost cancer cell pH environments rapidly and oxygenate them – sodium bicarbonate or baking soda.

Baking soda or bicarbonate of soda does not contain aluminum, but baking powder often does. Aluminum free on baking soda containers simply addresses that confusion. But baking soda alone is not very efficient at penetrating cancer cells.

That’s why the combination of baking soda and maple syrup was used by DIY cancer patients effectively and without causing dangerous mineral deficiencies, especially potassium. The maple syrup serves as a Trojan Horse to allow sugar craving cancer cells to accept the baking soda, then the pH shoots up rapidly and oxygen rushes into those cancer cells, reversing them into normal cells. (Source)

But Vernon only had a bottle of molasses on hand, so he used that instead of maple syrup with the baking soda. He also did daily breathing exercises and sunbathing. His window of opportunity had shrunk to slightly under two weeks from almost a month. He was scheduled for a VA appointment to determine future treatments on 13th, June 2008.

A few days after that appointment, Vernon received a report in the mail from them stating there was no evidence of bone metastasis and his PSA reading was zero point 1 (0.1) compared to the 22 PSA reading at the beginning of what he called his “dance with cancer.”

Even better, after a few weeks, Vernon received a medical examination that confirmed his complete cure from prostate and bone cancer. In 2009 at age 65, he began giving talks about his experience. His story was written up in a local California newspaper, The Valley News.

It is important to realize that Vernon did not undergo chemotherapy or radiation therapy prior to embarking on his “dance with cancer.” Thus the probability of surviving cancer with such an unusual DIY therapy was enhanced considerably.

Six years later, one year after the standard of five years cancer free that orthodox oncology considers cured and not just in remission, Vernon finished his book My Dance With Cancer: After the Jolt. 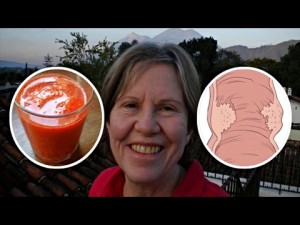 Ann Cameron’s Even More Outrageous Cure for Her Cancer

Ann cured her cancer by consuming five pounds of carrots juiced daily. She didn’t make this up. She had found out from a network of others who had cured their cancer with huge carrot juice consumption.

The person who told her about it was Ralph Cole who had cured his cancer in 2006 by juicing five pounds of carrots daily. And he had found out about this from another woman who cured her ovarian cancer this way. Chris Wark of the Chris beat Cancer website consumed eight glasses of carrot-based veggie juices daily. (Source)

Carrot juice is the staple of the Gerson Therapy for cancer. Dr. Gerson had discovered that the best type of juicer for his protocol was a slow speed mastication juicer. He had discovered that high-speed centrifugal juicers produce cellular electrical polarity issues in the juice, reducing its effectiveness.

A routine follow-up CT scan showed Ann’s colon cancer had advanced to stage 4 and had metastasized to the lungs. Her doctor predicted a two to three-year life expectancy. She was advised that radiation would be useless, and chemotherapy was recommended without any guarantee it would extend her life.

Ann remained firm with her refusal to avoid chemotherapy. She was aware of chemo’s damage with low curative success. That’s when she discovered Ralph Cole, who was still cancer free after seven years and very willing to share his details with her.

On November 17, 2012, Ann began a daily regimen of 5 pounds of juiced carrots yielding a quart or slightly more per day. Ann juiced in the morning, drank a glass and then refrigerated the rest, which she finished off throughout the day.

Ann faithfully continued juicing five pounds of carrots daily, although there were occasional short downtimes due to work related travel and a confessed short ice cream treat, not recommended for anyone seeking alternative cures. Cancer thrives on sugar and ice cream has lots of it.

After eight weeks of daily carrot juicing, a follow-up CT scan revealed that the cancerous tumors had stopped growing, there had been some tumor shrinkage and there was a reduction in swollen lymph nodes.

A few weeks later in March 2013, it was determined that her cancer had not grown. No new cancer, no swollen lymph nodes, and tumors continued shrinking. Then in April of 2013, her oncologist determined her cancer was gone. All swollen cancerous lymph nodes had returned to normal.

Ann’s book, Curing Cancer With Carrots, should handle all of your particular questions. She researched the science that supports the carrot juice approach and included insights on how oncologists con you into harmful but profitable treatments that usually don’t work.

Regardless of what main alternative method one chooses for treating cancer, the Cancer Tutor recommends adding it to another compatible protocol, which is indexed on their site, with a firm foundation of what they call the cancer diet.