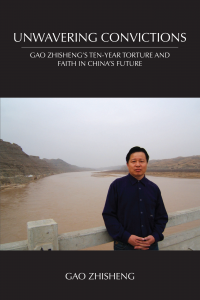 Written by Gao Zhisheng, a human rights lawyer and Nobel Peace Prize nominee, in March, the report’s 14 sections describe the CCP’s suppression of political rights, including its insistence on persecuting peaceful religious groups; its strict crackdown on freedom of speech, ideas, and information; its blatant violation of the rights of Tibetan and Uyghur people; and its forced confiscation of private property, amongst other things. Of particular concern is the corruption of China’s education system, which Gao says “crystalizes” the intellects of children in order to preserve devotion to the CCP.

The report also denounces the CCP’s failure to punish policemen who abuse their authority; the hazardous conditions-including human trafficking-women, seniors, and children face due to a lack of respect for their rights; the abuse of laborers’ rights; how the government’s lack of environmental precautions endangers public health; and medical disasters caused by government-backed doctors.

Gao then describes instances of abuse that echo his personal story: the repeated harassment, arrest, and torture of human rights lawyers; the torturous nature of the government’s disciplinary system; and the intensifying persecution of dissidents and civil rights activists.

In August, officials kidnapped Gao from his home in Shaanxi, and Beijing authorities confirmed on Sept. 7 that he is currently being held by secret security at an undisclosed location within their city. This continues Gao’s saga of repeatedly being kidnapped and otherwise forced into police custody after his legal license was revoked in 2005 on account of his human rights work. He was tortured on multiple occasions, including during a 50-day stint in prison in 2007, which is described in his article “Dark Night, Dark Hood and Kidnapping by Dark Mafia.” ChinaAid smuggled the piece out of China and translated it into English.

Gao was placed under government surveillance in his home on Aug. 7, 2014, following his release from a three-year prison sentence for a falsified parole violation. He then secretly wrote a book entitled Unwavering Convictions (pictured), in which he chronicles his torture and forecasts the hopes he has for China’s future. After successfully sneaking the book out of the country, ChinaAid partnered with the Taiwan Association for China Human Rights to make it available in Taiwan and Hong Kong and also secured a publication deal with The American Bar Association and the Carolina Academic Press for its English release. A copy of the translated text can be purchased at the Carolina Academic Press’s website.

Fu said, “The Gao report further validates the findings of the international community, which indicate that the overall situation on human rights, rule of law, and religious freedom in China has reached its worst point since the end of Chairman Mao’s Cultural Revolution. Gao Zhisheng vanished again and has been under the authorities’ watch for more than two months. The Chinese government should give a full account for what is happening to him and disclose his whereabouts without delay. We urge President Trump to speak to Chinese leaders about this deteriorating human rights situation and raise the case of Gao and other prisoners of conscience when he visits China in early November.”

ChinaAid, the Human Rights Foundation, and Christian Solidarity Worldwide, jointly released the report in hopes that it will illuminate the corrupt nature of the CCP and improve human rights and religious freedom conditions across China.