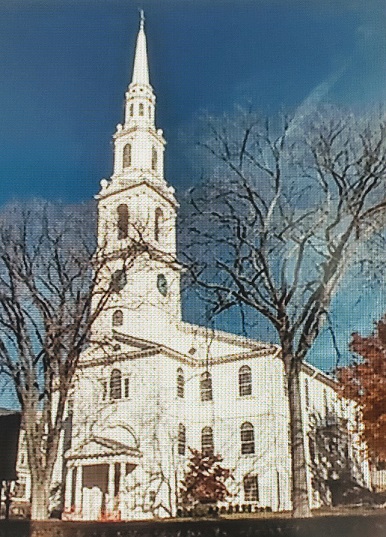 For the past two years, my Christian friends Kenneth Richardson* and Richard Pelletier* and I, have personally visited nearly 200 area churches in the Greater Providence Metropolitan Area.  To accomplish this, we began in the summer of 2018, to systematically visit the pastors and ministers of churches throughout Providence, following their Sunday morning or afternoon worship services.  We met and enjoyed fellowship with the ministers, pastors, and members of these congregations.  Our goal was to visit all the churches in Providence, and then move on to adjoining cities.

In visiting these churches, we were engaged in meeting, greeting, and praying with the pastors and for their congregations.  We also presented them with a complimentary copy of the “500th Anniversary Reformation Edition” of The Great Controversy, which is a book about the history of the Christian church from the time of the Apostles until the present day.  By mid-July of 2019, we had met and prayed with pastors of well over one-hundred churches in the cities of Providence, Pawtucket, Central Falls and North Providence.

What impressed us most, in visiting these churches, was a sense of urgency we found, with respect to our times, considering Bible prophecy and history. While members of several churches expressed an interest in Bible prophecy, the Book of Revelation, and end time events, many pastors felt their congregations were not ready to study these topics. They thought there was a greater need for personal revival and reformation among the members of their congregations. This was something we learned early in visiting the churches.

The Apostle John does tell us how important the book of Revelation is and that there is a blessing in reading it. “Blessed is he that readeth, and they that hear the words of this prophecy, and keeps those things which are written therein; for the time is at hand.” (Revelation 1:3). 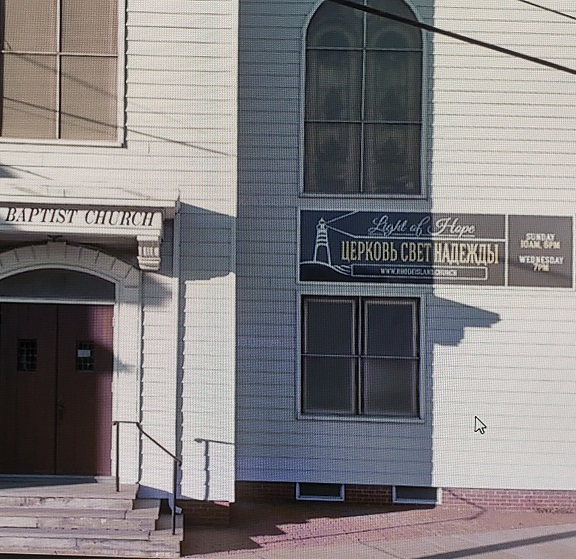 Another area in which there was a marked concern was the need for better health of church members, particularly among Hispanic congregations.  The Scripture says, “Beloved, I wish above all things that you may prosper and be in health, even as your soul prospereth.” (3 John 2).  Areas of need for education include how to live a better, healthier, lifestyle; encompassing how to deal with, combat, and overcome diabetes, tobacco use, obesity, high blood pressure, high cholesterol, and cancer.

We also noted the tremendous growth and spread of the Gospel among the Hispanic or Latino, Spanish- speaking community in Providence, and the many new congregations that had been established, compared to twenty or thirty years ago.  It was encouraging for us to see this growth.  We were very pleased and truly impressed with this and praise God for this development in the state.

There is a strong fellowship among Latino believers, and among their pastors in Rhode Island, under the leadership of Rev. Israel Mercedes, who serves as the Providence Rhode Island Hispanic Outreach City Director.  Pastor Mercedes is Senior Pastor of the Iglesia Vision Pentacostal Evengelica, (Evangelical Pentecostal Vision Church), located at 1520 Broad Street in Providence.  Two other church groups that we visited, also meet in and use this church building.

Pastor Mercedes is a very highly respected senior Latino pastor in Rhode Island and was a great encouragement to us from the first time we met with him.  Pastor Mercedes operates the Providence Bible Institute, which had 234 graduates from seventy churches at the time we spoke with him.  He is also the Director of the Ministry Service Center, with the purpose of connecting some 275 Latino churches in Rhode Island, with from one hundred to one thousand members each; and bringing their ministers together for ministry and outreach.

Well over half of the congregations we met with were Hispanic. Many were strong and growing, vibrant churches.  Besides Hispanic and Anglo or English-speaking churches, we also met with many other ethnic, cultural, language-based congregations.  I found this to be very interesting and enjoyed the diversity and fellowship in these churches. These included French speaking Haitian, various African groups, Portuguese, Ghanaian, and even a Russian-speaking congregation of Baptist believers in East Providence.  It has become clear to me that the Kingdom of God is indeed a fellowship composed of “every nation, and kindred, and tongue, and people.” (Revelation 14:6).

We were invited by Pastor Israel Mercedes to attend a Providence Area Pastor’s Prayer Breakfast, sponsored by the Rhode Island TOGETHER We Pray ministry, in September of 2018.  It was hosted by the Iglesia Vision Pentacostal Evengelica (The Evangelical Pentecostal Vision Church), located on Broad Street in Providence. 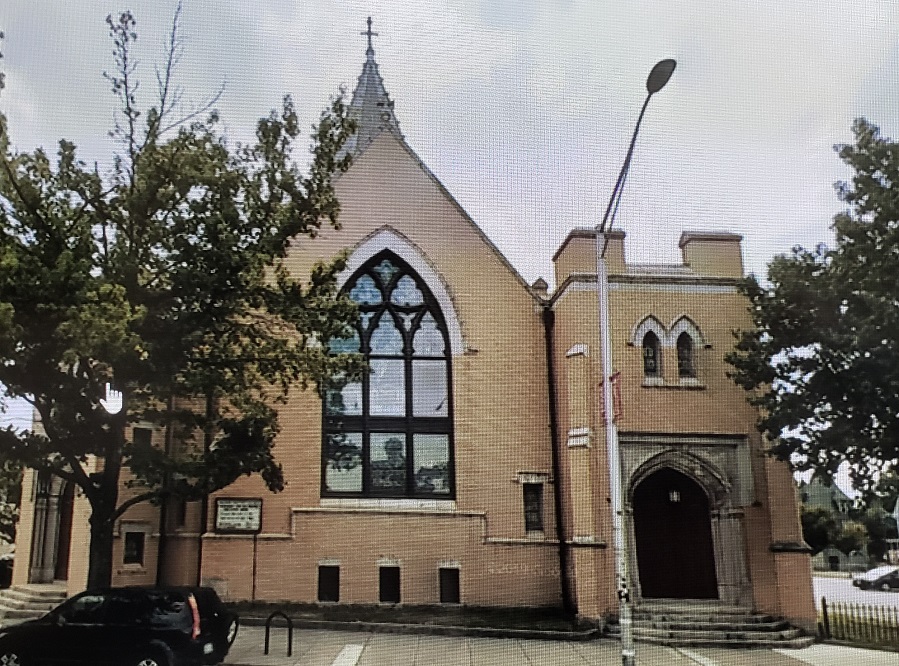 Nearly half the pastors at this Prayer Breakfast we had already met during our weekly visits to their churches on Sundays.  There were sixty Anglo and twelve Latino pastors making up this Prayer Breakfast group at the time.  The group is led by Pastor Dave Gadoury, Senior Pastor for 42 years of Cranston Christian Fellowship at 1114 Scituate Avenue in Johnston.  He was working with a group of Christians called Prayer Summit, and the 40 Days of Prayer/40 Days of Love movement in Rhode Island.

In the fall of 2018, we were invited to attend and represent the RI Personal Ministries Alliance at a special Pastor’s Appreciation Service and Banquet held at the Eglesia Rio DeVida (Way of Life Church) a Church of God congregation at 22 Narragansett Avenue in Providence.  While there we again met Pastor Israel Mercedes.

On the morning of September 7, 2018 Rick Pelletier and I, along with representatives from nine Providence area churches, met with the City of Providence Mayor, Jorge Elorza. We prayed with him, and for the City of Providence. I had met Mayor Elorza on two other occasions at Roger Williams Park. The first time in connection with the Rhode Island Foundation’s, Park Improvement Project and at the Annual Lighting of the Christmas Tree Ceremony in December.  We met the Mayor another time one Sunday afternoon in the fall while he was campaigning on the streets of Providence. We also met Dan McGee, Lieutenant Governor of Rhode Island, after we had visited the Broad Street Calvary Baptist Church in Providence that fall.  This large church building is used by three difference groups of believers, in various parts of the building.

Another thing that impressed us was the welcoming spirit and hospitality expressed by the churches of the area. A couple even offered us an opportunity to speak to their congregation.  There was singing, praising, anointing, and laying on of hands.  We met with pastors, ministers, deacons, elders, and other local church leaders.  We prayed with them and for them and their congregations and for the spiritual growth of their members and the spread of the Gospel in the Rhode Island.

Overall, it was an encouraging and uplifting experience for the three of us. We visited many, many churches in Providence, Pawtucket, East Providence, Central Falls, North Providence and Johnston. Plans now include visiting churches in Cranston and Warwick, once the Coronavirus restrictions are lifted. 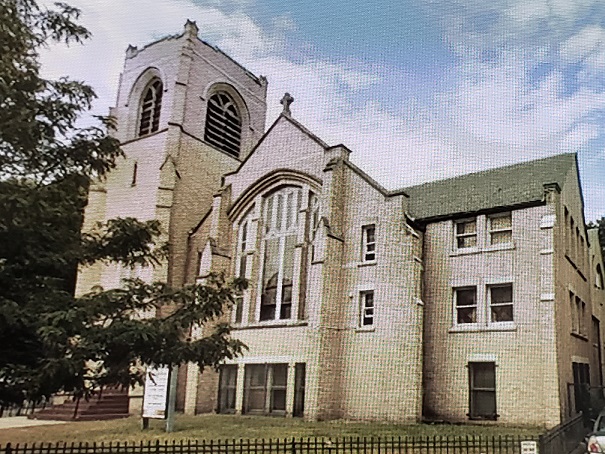 We want all who read this article to recognize the times that we are living in, that many of the signs heralding the nearness of the second coming of our Lord Jesus Christ have happened, are now taking place, or are soon to happen. We want to encourage everyone, no matter what their denominational affiliation, to personally be ready. Do a search for, and check out the YouTube music video on the internet by Brother Jason Champion entitled, “Are You Ready?”  It’s an awesome song.  The signs of Jesus’ soon return which the Lord told his disciples in Matthew 24 are happening in rapid succession. Are you ready? Don’t be caught off guard by an over whelming surprise. Be ready! And tell others of Jesus. “Together we pray to ADVANCE THE GOSPEL of Jesus Christ in Rhode Island.”  (Motto for the Rhode Island Personal Ministries Alliance).

* Charles Gilbert attended Nyack Missionary College (Missionary Alliance) in New York, in early 70’s, taking classes in Theology, Old Testament, New Testament, Bible History and Evangelism; studied Hebrew under Rabbi Benjamin Marcus at URI, and received Lay Pastoral training in Kentucky-Tennessee.  He holds degrees in Environmental Science, and Anthropology and Archaeology.  He has special interest in Biblical archaeology.  Charles was active with Inter-Varsity Christian Fellowship, as an undergrad at URI, and as a graduate student at UConn.  He has served the church as a cradle-roll and kindergarten teacher, youth group leader, adult Bible class teacher, deacon, elder, head elder, and treasurer. Currently, he is training to become a Chaplain, and is acting Chaplain for the Sons of the American Legion, in Warwick.

* Kenneth Richardson is a public speaker, preacher, revivalist, and evangelist; having led in many revivals and evangelistic meetings at numerous churches over the years.  Brother Ken helped organize and served as the President of the RI Personal Missionary Alliance for the past six years.  Recently, he moved to Tennessee, to work with others to establish the Tennessee Awakening Personal Ministries Alliance. As one of its charter members, Brother Ken helped to organize the Emmanuel Church on Admiral St. in Providence over twenty years ago and has served as an elder in that church for many years.

* Richard Pelletier became a Christian 21 years ago as a result of his brother studying the Bible with him. He currently serves as a Vice-President for the RI Personal Ministries Alliance, serving as an evangelist and health speaker. Rick enjoys foreign missions and has gone on several missionary trips to India, Africa, South America, and Cuba.  He has served as a song leader, Bible class teacher, Personal Ministries leader, Health Ministries leader, assistant youth leader, and as an elder in his home church in Johnston. Rich especially enjoys leading personal one-on-one Bible studies and in small-group in-home Bible studies and discussions.  He has an excellent memory and has memorized many Bible texts.