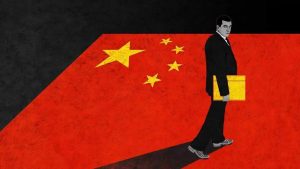 Dozens of scientists at the National Institutes of Health (NIH), the U.S. government’s handsomely funded medical research agency, have been fired over their secret financial ties to Communist China. It is not clear how long they went undetected or how much taxpayer-funded research they stole, but so far 54 scientists have been booted for failing to disclose a troubling financial arrangement with a foreign government. In the overwhelming majority of cases—93%—the cash came from China, according to an ongoing NIH investigation that started two years ago. Also, in most of the probes the targets were Asian men in their 50s. The bulk of the ousted researchers received generous grants from the NIH, a federal agency with a $41.7 billion annual budget.

The probe, launched in the summer of 2018, is being conducted by Dr. Michael S. Lauer, Deputy Director for Extramural Research at the NIH. It mainly focuses on 285 active grants distributed to institutions in 27 states and 59 cities, totaling $164 million. Investigators singled out 399 “scientists of possible concern” and found that 133 (70%) had an “undisclosed grant” from a foreign government and 102 (54%) had an “undisclosed talents award.” More than 150 committed other NIH violations. Nine percent of the researchers concealed ties to a foreign company and 4% had an undisclosed foreign patent. Around three quarters of those investigated had active NIH grants and almost half of the scientists had at least two grants funded by American taxpayers. Every year the NIH invests tens of billions of dollars in medical research by giving around 50,000 grants to more than 300,000 researchers at more than 2,500 universities, medical schools and other institutions throughout the country. Only 10% of the agency’s budget supports projects conducted by scientists in its own lab in Bethesda Maryland.

Less than a year ago, a congressional investigation found that the NIH is among the government agencies that have long permitted Communists working in the U.S. to steal billions in taxpayer-funded scientific research. Others include the National Science Foundation (NSF) and the Department of Energy’s (DOE) national laboratories. For years all have been deeply impacted by Chinese infiltrators stealing valuable research, according to a scathing U.S. Senate report that describes the probe’s findings. Investigators determined that billions of dollars in scientific research funded by American taxpayers has been stolen by China right under our noses and the U.S. government has no viable plan to stop the ongoing theft of the highly valued intellectual property. In the meantime, the publicly funded work is helping the Communist nation meet its goal of becoming a world leader in science and technology. “This report exposes how American taxpayer funded research has contributed to China’s global rise over the last 20 years,” the document states. “During that time, China openly recruited U.S.-based researchers, scientists, and experts in the public and private sector to provide China with knowledge and intellectual capital in exchange for monetary gain and other benefits.” 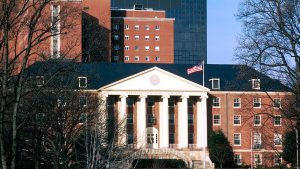 While the Chinese Communists run their illicit operation on our own soil, the federal government’s grant-making and law enforcement agencies do little to stop it, which makes the NIH’s probe long overdue though it only considers a tiny portion of its multi-billion-dollar grants. Besides the FBI practically ignoring the violations, the government research agencies impacted by the costly crimes have failed to develop a coordinated response to mitigate the ongoing threat, Senate investigators found.  “These failures continue to undermine the integrity of the American research enterprise and endanger our national security,” Senate investigators determined.

China uses hundreds of government-funded talent recruitment plans—specifically mentioned in the new NIH probe—to incentivize individuals engaged in research and development in the U.S, transmit information in exchange for salaries, research funding, lab space and other perks. The Communists then use the American research for their own economic and military gain. An example is Chinese talent recruitment members who downloaded sensitive electronic research files before returning to China, submitted false information when applying for grant funds and willfully failed to disclose receiving money from the Chinese government on U.S. grant applications. One Chinese talent recruitment member removed 30,000 electronic files before heading back home. Another filed a patent based on U.S. government-funded research and hired other Chinese recruitment plan members to work on American national security projects. The NIH has not revealed specifics on the recently fired scientists with ties to China nor have the culprits been identified.

Chinese infiltrators have been stealing valuable research from the U.S. government for decades. In fact, more than 20 years ago Judicial Watch helped expose a Chinese Communist scientist (Wen Ho Lee), who stole nuclear secrets from the Los Alamos National Laboratory in New Mexico, among the world’s largest science institutions and the nation’s key nuclear weapons research facility. The Bill Clinton Justice Department refused to prosecute Lee because then Attorney General Janet Reno claimed the accusations against him were racist. Judicial Watch represented the whistleblower, Notra Trulock, responsible for launching an investigation into Lee’s actions. Trulock was the DOE’s intelligence operations chief and Clinton administration officials defamed him by accusing him of being a racist to cover up Lee’s repeated and embarrassing security violations.