Doncaster, UK (ANS) – With the 400th anniversary of the sailing of the Mayflower fast approaching, a campaign to revive interest in the Pilgrim Fathers and other outstanding English Christians has been launched.

It is initially being focused on the area of North Nottinghamshire, Lincolnshire and South Yorkshire which has witnessed events of great historical significance like providing the founding fathers of the United States who were hounded out of this area for their radical Christian views. 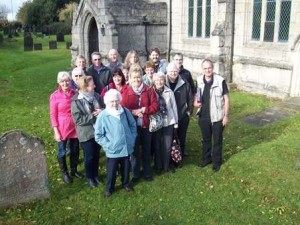 Tours of relevant sites will not, however, be limited to the so-called Pilgrim Fathers, but also include other local heroes who have made a huge contribution to Christian mission like John and Charles Wesley, Hudson Taylor, William Wilberforce, James Montgomery and Archbishop Cranmer.

A first-ever excursion has already taken place and included a visit to Littleborough, near Retford, where Saint Paulinus baptized hundreds of new converts in the River Trent in the seventh century, while future tours will cover the fascinating history of the Quakers and Baptists.

But the project has been inspired by the heroic endeavours of Pilgrim Fathers like William Bradford, John Robinson and William Brewster, who risked everything to forge new ground for Christianity by encouraging personal faith.

Under the initial leadership of Rev Richard Clyfton, the Separatist movement (a breakaway from Church of England tradition) was formed in Babworth, near Retford, in 1606 and subsequently spread through the area after the vicar was fired.

The focus moved to Scrooby, seven miles away, where meetings took place at the local manor house until the King’s spies caught up with them and they became wanted men. After an abortive initial attempt at escape landed them in Boston Jail (Lincolnshire), they eventually fled with their families to Holland, where religious tolerance was practiced.

Twelve years later King James relented and offered them land in the New World, as a result of which Doncaster businessman John Carver hired the Mayflower which sailed for America in 1620.

Many of today’s Americans (and others) are under the mistaken impression that the Pilgrims departed from Plymouth, after which they named their first settlement. They did, however, call in for repairs at Plymouth, where they were welcomed with exceptional kindness. But few are aware that their leaders originated from the area where Yorkshire, Nottinghamshire and Lincolnshire meet.

“Pilgrims and Prophets” has been formed to help celebrate the heritage of Christianity in this region, particularly in the minds of a younger generation growing up with little knowledge of faith.

Plans are still at the formative stage, but it is hoped to set up a purpose-built center (possibly church-linked) which could host school visits and other tours, and encompass many aspects of the area’s rich Christian past.

“We are a not-for-profit group formed to promote Christian heritage tours and events across this area,” explained group chairman Gerard Pontier, one of the founders behind the initiative along with others from Retford Baptist Church (also known as The Well), just over a mile from where the Separatist movement began over 400 years ago. 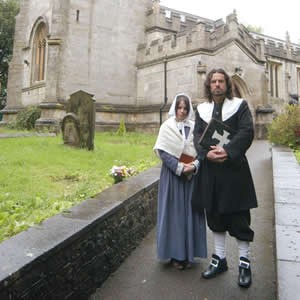 But other churches have also come on board for a chance to inspire believers and reach out to those as yet unaware of the area’s unique role in making the world a better place.

A well-organized project with a dedicated center is thought likely to attract tourists from America as well as local schoolchildren and others searching for inspiration from those who have gone before us.

A week-long interactive event focused on the Pilgrim Fathers and held in Scrooby each summer from 2006-2008 introduced primary school children to the hardships and sacrifice made in the name of Christ by our ancestors, and proved a huge success involving schools from all over Doncaster, North Nottinghamshire, and even as far as the Selby district, near York.

And that was without a dedicated center, although villagers were very accommodating and the village hall and local churches (Methodist and Anglican) were used. The event, organized by the Doncaster Schools Work Trust in association with Scripture Union, only came to an end for lack of staff and funds – to the great disappointment of the many participating schools.

Mr. Pontier added: “We have a fantastic chance to show the world what a difference the area has made, but at the moment we find that even most local people don’t really know what happened here.”