‘Ukraine on Fire’: Oliver Stone Documentary on US Destruction of Ukraine Finally Available in the West

Oliver Stone’s seminal documentary Ukraine on Fire has finally been made available to watch in the West. 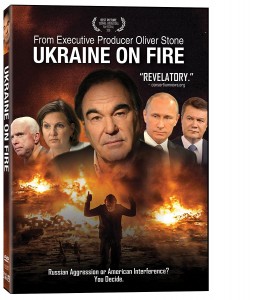 Ukraine, the ‘borderlands’ between Russia and ‘civilized’ Europe is on fire. For centuries, it has been at the center of a tug-of-war between powers seeking to control its rich lands and Russia’s access to the Mediterranean.

The Maidan Massacre in early 2014 triggered a bloody uprising that ousted president Viktor Yanukovych, spurred Crimeans to secede and join Russia, and sparked a civil war in Eastern Ukraine.

Russia was portrayed by Western media as the perpetrator, and has been sanctioned and widely condemned as such. But was Russia responsible for what happened?

Ukraine on Fire provides a historical perspective for the deep divisions in the region which led to the 2004 Orange Revolution, the 2014 uprisings, and the violent overthrow of democratically-elected Yanukovych.

Covered by Western media as a ‘popular revolution’, it was in fact a coup d’état scripted and staged by ultra-nationalist groups and the US State Department.

Executive producer Oliver Stone gained unprecedented access to the inside story through his on-camera interviews with former President Viktor Yanukovych and Minister of Internal Affairs Vitaliy Zakharchenko, who explain how the US Ambassador and factions in Washington actively plotted for regime change.

And, in his first meeting with Russian President Vladimir Putin, Stone solicits Putin’s take on the significance of Crimea, NATO and the US’s history of interference in elections and regime change in the region.

The film was originally released in 2016, but unsurprisingly, Stone came up against problems distributing the film in the US and western countries. A Russian-dubbed version was available almost immediately and was aired on TV in Russia, but people in the ‘free world’ were left without access to the full film.

Now, at last, the full exposé is available on YouTube. Though, of course, everyone is encouraged to purchase a copy to support Stone’s important work.

The people in Western Ukraine had to be completely stupid to be so easily deceived and turned against their own democratically elected government. But the overthrown government was also stupid for believing in negotiations, for trusing the US, and for not arming the police who were being killed by snipers. The Russian government was too focused on the Sochi Olympics to realize what was happening and that the coup was directed at Russia. Russian trust of Washington also resulted in the murder of Gaddafi and the destruction of Libya. Trusting America, Russia withheld its veto over the no-fly zone imposed on Libya, because Russia trusted the assurances given by Washington that regime change was not the purpose. The truth differs greatly from the lies told by the Western presstitutes and the US government.