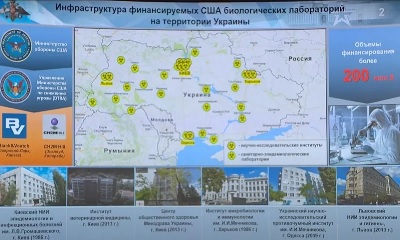 (GatewayPundit) – It wasn’t that long ago that Mitt Romney was threatening former Rep. Tulsi Gabbard for suggesting the US was funding biolabs in Ukraine.

“We must take action now to prevent disaster. US/Russia/Ukraine/NATO/UN/EU must implement a ceasefire now around these labs until they’re secured and pathogens destroyed,” she added.

Tulsi Gabbard made her statement based on testimony from the Undersecretary of State for Political Affairs in Eurasia, Victoria Nuland. Victoria Nuland admitted during testimony before a US Senate committee the existence of biological research labs in Ukraine.

Less than 24 hours later, White House Press Secretary Jen Psaki said that reports of biolabs in Ukraine were fake news propagated by Russia. The Democrat-fake news-media complex then attacked anyone who brought up the biolabs in Ukraine. Mitt Romney lashed out at Tulsi Gabbard, saying, “Tulsi Gabbard is parroting false Russian propaganda. Her treasonous lies may well cost lives.” 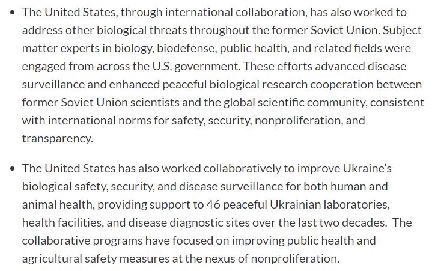 Then this happened – Russia released alleged captured documents from Ukraine exposing evidence of US Military Biolabs in Ukraine. Russia made the accusations in front of the United Nations General Assembly.

Now this – The Pentagon on Thursday finally admitted in a public statement that there are 46 US-funded biolabs in Ukraine. This is after months of lies and denials by Democrats, the Biden regime and their fake news mainstream media! The Pentagon FINALLY came clean.

The United States has also worked collaboratively to improve Ukraine’s biological safety, security, and disease surveillance for both human and animal health, providing support to 46 peaceful Ukrainian laboratories, health facilities, and disease diagnostic sites over the last two decades. The collaborative programs have focused on improving public health and agricultural safety measures at the nexus of nonproliferation.

Here is a screengrab from the US Department of Defense website.

Jim Hoft is the founder and editor of The Gateway Pundit, one of the top conservative news outlets in America. Jim was awarded the Reed Irvine Accuracy in Media Award in 2013 and is the proud recipient of the Breitbart Award for Excellence in Online Journalism from the Americans for Prosperity Foundation in May 2016.