US Lobbying Fails as Allies Flock to China-Led Bank 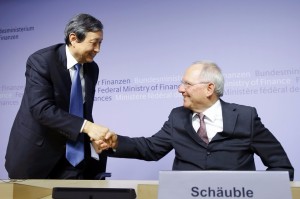 Ever since its initial proposal by China as an alternative to the IMF and the World Bank, both of which are dominated by the United States, the proposed Asian Infrastructure Investment Bank (AIIB) has been a target of heavy lobbying by the US, which has been warning allies and client states strongly it would be in their best interests not to join.

The US effort is also becoming a colossal failure, as nations across the region, as well as European powers, are flocking to the China-led bank, and seemingly everyone of note is on board at this point.

In recent weeks, Britain, France, Germany, Italy, and Australia all joined, over US objections. South Korea was then heavily lobbied by the US, warned to “think twice” about what it did, but has joined as well.

In the end, the AIIB seems set to become an international lender of no small influence, and much more than China even suggested when it first proposed it. The US lobbying seems not only to have failed, but had the opposite effect, and is getting almost everybody united behind the bank.