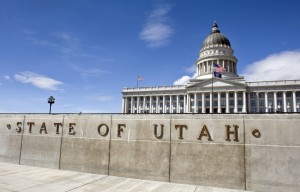 The bill, Senate Concurrent Resolution 9 (SCR9), marks the first time a state has called pornography a “public health crisis,” language more often used for smoking, drunk driving, and epidemics like Ebola. Although the non-binding resolution does not change law, experts say the bill is part of a concerted effort to start framing the issue as not merely a “moral” crisis, but one that affects entire communities.

“For years people have been discussing the issue of pornography from a moral perspective—right and wrong,” said Dawn Hawkins, executive director of the National Center on Sexual Exploitation (NCOSE), the organization that drafted the bill. “But while that is still important, what’s changed now is there is a plethora of research showing pornography has long-lasting and deep impacts psychologically, developmentally, and socially on the individual using it and on society as a whole.”

“When the text of this bill went public, I was almost immediately inundated with criticism on social media,” state Sen. Todd Weiler, the bill’s sponsor, told the Standard Examiner. But Weiler added, “as more and more people have learned about how much research there is regarding this issue, a lot of the criticism has ebbed.”

Some remains. California psychologist Carl Shubs said calling pornography a public health crisis is “way off on so many levels.” He maintains people can use pornography in healthy ways, and it is up to parents to make sure their children don’t access it.

But critics say pornography’s apologists have bought into a lie.

The pornography industry “is able to succeed on the myth that pornography is just harmless fun,” said Donna Rice Hughes, president and CEO of internet safety group Enough is Enough. But Hughes insists new research is undeniable and notes anti-porn organizations in the last few years have been rallying to raise the issue to the level of a public health crisis.

“Now we have an entire body of peer-reviewed science that shows the harms psychologically and medically across the board with children and adults,” she said. “We really need to start pounding this.”

Hughes believes legislative action like Utah’s resolution is helpful, especially if it pushes states to begin aggressively enforcing obscenity laws already on the books. But she warned prevention is a three-legged stool, a shared responsibility between the legal community, corporations, and the public. All three need to step up or the stool will topple.

At least eight other states have asked NCOSE to draft resolutions for them, Hawkins said. “We expect this to sweep through the country,” she predicted.

Herbert has publicly supported the bill and said he plans to sign it.