Vaccines do NOT cause injuries, according to House Resolution 327 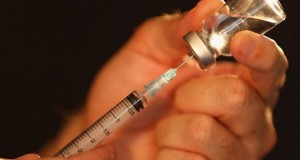 (NaturalHealth365) The introduction of House Resolution 327 for consideration by the U.S. House of Representatives marks an attempt to take the vaccine injury cover-up to a whole new level.  This action is indicative of the level of dangerous cluelessness and brainwashing being directed at the American public, as it relates to the dangers of vaccines.

This new resolution also highlights the influence of money some of these legislators are likely receiving from big pharma.  House Resolution 327 asserts that there is “no credible evidence” to show vaccines cause disabling or life-threatening diseases in healthy adults or children. This is just one of its numerous demonstrably false claims.

U.S. House members ignore the negative side effects of vaccines

The resolution was introduced by Rep. Adam Schiff (D-Burbank, CA) and is co-sponsored by at least 33 of his colleagues so far.  These legislators are apparently unfamiliar with even basic vaccine facts and policy. Vaccine product inserts and the federal government’s own data list numerous vaccine side effects and the potential for vaccine injury.

The fact that the vaccine companies themselves warn about the risk of possible vaccine injury to both children and adults in otherwise good health should be reason enough to negate this resolution. However, the individuals behind the draft also seem to be unaware of the billions of dollars paid out by the vaccine court to the families of vaccine-injured children.

The vaccine court, or National Vaccine Injury Compensation Program, has ruled for the plaintiffs in thousands of vaccine injury claims. This court has paid out over $3.5 billion in damages thus far since its founding in 1986.

If vaccines are as safe as Schiff and his colleagues seem to believe, then why do vaccine companies and doctors seek liability protection from vaccine injuries? The resolution itself admits that vaccine recipients must be “monitored for adverse events” after vaccine shots are given.

House Resolution 327 also has the gall to call efforts toward vaccine safety and education the dissemination of “unfounded and debunked” theories about vaccine dangers and their risk to public health. You can read the entire text of House Resolution 327 online. (Notice how it reads like a press release issued by a vaccine company).

Fortunately, House Resolutions do not go directly to the Senate or President for consideration as a law even if passed. However, they are considered preferred policy positions and statements of consensus of the House of Representatives.

The fact that this resolution contains such outrageously flawed language and positions is disturbing to say the least. House Resolution 327 would enshrine demonstrably incorrect information about vaccines as preferred U.S. House of Representatives policy.

Numerous elements of the document can be easily refuted just by referencing the long list of publicly documented vaccine side effects and injuries.

Take action and voice opposition regarding this resolution by messaging your House member directly. Find your Representatives at https://www.house.gov