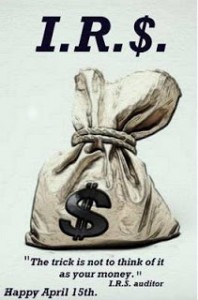 By American Minute with Bill Federer

Withholding taxes from paychecks began JUNE 9, 1943. Congress passed it as an emergency measure during World War II to get money to fight Hitler.

Withholding taxes was the idea of Beardsley Ruml, the treasurer of Macy’s Department Store who became chairman of New York’s Federal Reserve Bank. Ruml was helped by Bernard Baruch and Milton Friedman.

The Federal Government got people to sign up for withholding taxes by forgiving them for not paying their lump sum taxes due at the end of 1941.

Called the “Pay-As-You-Go” tax, it was part of the patriotic war enthusiasm which included slogans such as:

“UNCLE SAME NEEDS YOU”; “BUY WAR BONDS”; and “SMASH THE AXIS-PAY YOUR TAXES.”

So much money came in from the “Pay-As-You-Go” tax with so few complaints that it continued after the war.

John F. Kennedy told Congress, April 20, 1961: “Introduced during the war when the income tax was extended to millions of new taxpayers, the wage-withholding system has been one of the most important and successful advances in our tax system in recent times… Initial difficulties were quickly overcome, and the new system helped the taxpayer no less than the tax collector.”

But Americans were not always so taxed. Jefferson noted in his 2nd Annual Message, 1802: “We are able, without a direct tax, without internal taxes, and without borrowing, to make large and effectual payments toward the discharge of our public debt and the emancipation of our posterity from that mortal canker…It is an encouragement, fellow-citizens, of the highest order to proceed as we have begun in substituting economy for taxation.”

President Andrew Jackson stated in his 8th Annual Message, December 5, 1836: “There is no such provision as would authorize Congress to collect together the property of the country, under the name of revenue, for the purpose of dividing it equally or unequally among the States or the people. Indeed, it is not probable that such an idea ever occurred to the States when they adopted the Constitution.”

Andrew Jackson told Congress, May 27, 1830: “Through the favor of an overruling and indulgent Providence our country is blessed with general prosperity and our citizens exempted from the pressure of taxation, which other less favored portions of the human family are obliged to bear.”

Jackson stated December 5, 1836: “No people can hope to perpetuate their liberties who long acquiesce in a policy which taxes them for objects not necessary to the legitimate and real wants of their Governmen…The practical effect of such an attempt must ever be to burden the people with taxes, not for the purposes beneficial to them, but to swell the profits of deposit banks and support a band of useless public officers…

There would soon be but one taxing power, and that vested in a body of men far removed from the people…The States…would not dare to murmur at the proceedings of the General Government, lest they should lose their supplies; all would be merged in a practical consolidation, cemented by widespread corruption, which could only be eradicated by one of those bloody revolutions which occasionally overthrow the despotic systems of the Old World.”

Andrew Jackson stated in his Farewell Address, 1837: “There is, perhaps, no one power conferred on the Federal Government so liable to abuse as the taxing power… Plain as these principles appear to be, you will yet find there is a constant effort to induce the General Government to go beyond the limits of its taxing power and to impose unnecessary burdens upon the people…to fasten upon the people this unjust and unequal system.”

Prior to 1913, other than during the Civil War, there was no income tax. The Federal Government was financed primarily by tariff taxes on imports, called imposts.

President, Franklin Pierce stated in his First Annual Message, December 5, 1853: “Happily, I have no occasion to suggest any radical changes in the financial policy of the Government. Ours is almost, if not absolutely, the solitary power of Christendom having a surplus revenue drawn immediately from imposts on commerce.”