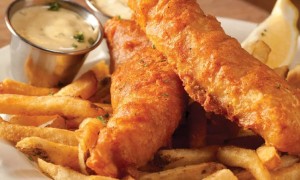 (NaturalHealth365) Are you a lover of fried foods?  You may want to consider how much acrylamide you’re consuming each day.  In fact, many health experts are sounding the alarm about eating anything fried in vegetable oil – especially due to its link with promoting cancer.

The International Agency for Research on Cancer has designated acrylamide a probable carcinogen. Acrylamide is a chemical that can form in certain foods when exposed to high levels of heat during cooking or processing. It is present in the highest levels in fried foods (which often also contain high levels of trans fats), but this “probable carcinogen” is also present in some foods that might surprise you.

While acrylamide has been occurring in foods since humans began cooking, the compound itself wasn’t discovered until 2002. It is related to something called the Maillard reaction during cooking, which is an interaction between carbohydrates and proteins at the chemical level when they are heated. It is this reaction that makes potato chips crisp and gives bread its golden-brown crust. However, in some conditions, the Maillard reaction can give rise to the presence of acrylamide.

Those golden-brown deep fried French fries are another major culprit of high acrylamide levels, but so are graham crackers, ginger snaps and other packaged cookies. Boxed cereals like corn flakes also contain acrylamide.

Studies regarding the cancer-causing effects of acrylamide on rodents have shown that it is a definite carcinogen in these animals. In a major review of acrylamide studies with humans published in 2014 in Nutrition and Cancer, six of 26 studies showed that persons consuming the highest levels of the compound showed a higher risk of cancer.

We’ve known for some time that fried foods and foods that contain trans fats were unhealthy, and their acrylamide content only makes them less appealing.

Acrylamide does not tend to form in cooked meat, fish, dairy, fruits or low-starch vegetables.  And, of course, eating whole, organic, minimally processed foods can help with limiting one’s exposure to acrylamide.  In addition, if you like, going raw or using lower-temperature cooking methods like steaming, boiling or sautéing can help, as well.

And if you didn’t have enough reasons to avoid fried foods like French fries and potato chips, processed foods, and foods that contain trans fats, now you have one more.

The top nine foods with acrylamide to avoid are: