We Do Not Consent 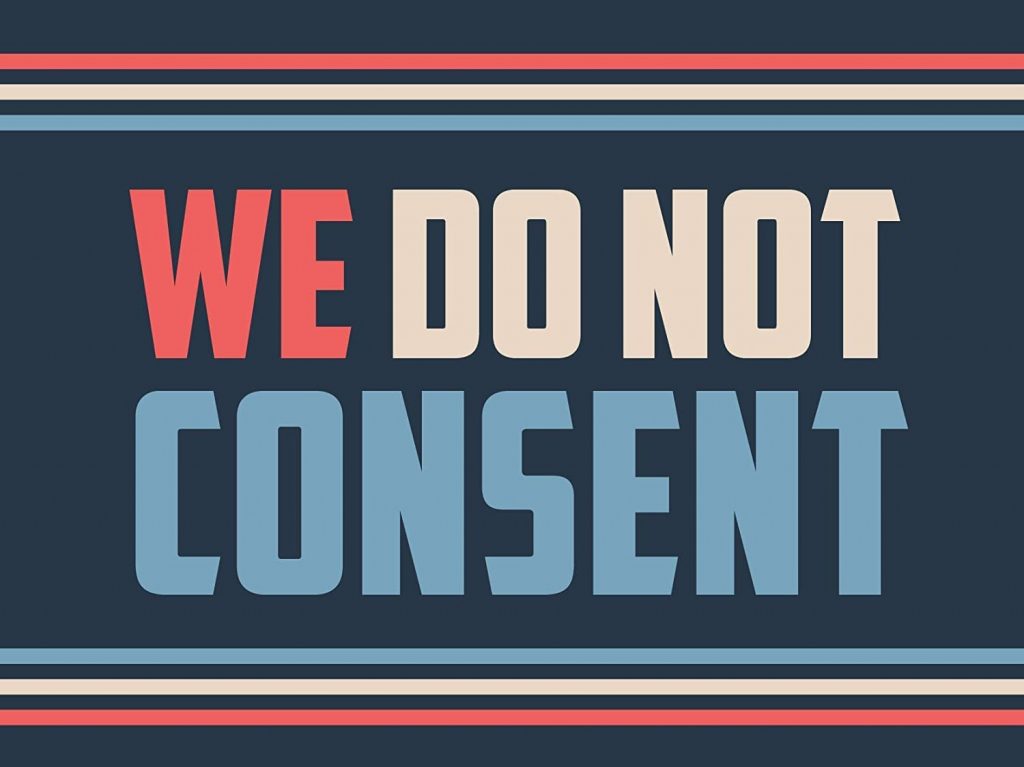 The below is the Op-Ed that was accepted to USAToday on June 24. They deleted key phrases/paragraphs for their print paper and then they refused to print it at all online.

It is clear to me as a physician-lawyer that the disinformation about both Covid-19 and the Constitution has caused us to turn a medical issue into a legal crisis.

The Covid virus was supposed to be contained in the kind of lab where people wear astronaut suits and go through triple sealed doors. It is a con of massive proportion to assert that now, having escaped those environs, a bandana will magically do the trick.

After all, size matters.

The pore size of cloth face coverings range from ~ 20-100 microns.   The Covid virus is 200-1000x smaller than that, at 0.1 microns. Putting up a chain link fence will not keep out a mosquito. Even the most esteemed medical journals admit their purpose is to calm anxiety. “Expanded masking protocols’ greatest contribution may be to reduce the transmission of anxiety …”

Of course, by knowledge or commonsense observation, most Americans already know that masking everyone is superstition. But unlike privately carrying a lucky charm, mandating facial coverings requires the consent of the governed.

Many cultures mandate clothing that appears totally irrational to outsiders. Never have those cultures pretended that there is a scientific basis for their clothing requirement. Their leaders rule, and their citizens accept, that their choice of clothing is due to religious or cultural preference.

Not wearing a mask is not mere “personal choice” like deciding between a head covering or a t-shirt. It is a flashpoint for being a free human being who has consented to be governed but has not consented to be ruled. We do not consent to a masked America, because that is a fundamental change in American society, culture, norms, and rights.

People who are apathetic toward their own liberty cannot eliminate Constitutional rights for those who are not. This is not the first (or last) time that people who believe in superstition are screaming the loudest. The Constitution exists precisely to protect all people during times of mass hysteria.

The mask has become the most visible symbol of #socialconditioning to Americans determined to preserve individual freedom. Thus far most Americans have continued to give their consent to be governed. But you are trying our patience.