What If Everything We’ve Been Told Is A Lie? 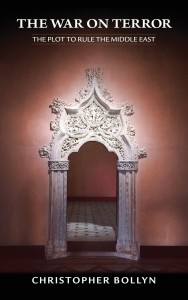 What if everything we’ve been told about 9/11 is a lie? What if it wasn’t 19 Muslim terrorist hijackers that flew those planes into the Twin Towers and Pentagon? What if the Muslims had nothing whatsoever to do with the attacks on 9/11? What if everything we’ve been told about the reasons we invaded two sovereign nations (Afghanistan and Iraq) is a lie? What if the 17-year-old, never-ending “War on Terror” in the Middle East is a lie? What if our young soldiers, sailors, airmen and Marines who have given their lives in America’s “War on Terror” died for a lie? What if G.W. Bush, Barack Obama and Donald Trump have been nothing but controlled toadies for an international global conspiracy that hatched the attacks of 9/11 as nothing more than a means to institute a perpetual “War on Terror” for purposes that have nothing to do with America’s national security? Would the American people want to know? Would the truth even matter to them?

The sad reality is that the vast majority of Americans who would read the above paragraph would totally dismiss every question I raised as being unrealistic and impossible—or even nutty. Why is that? Have they studied and researched the questions? No. Have they given any serious thought to the questions? No. They have simply swallowed the government/mainstream media version of these events hook, line and sinker.

IT’S TIME FOR THE TRUTH TO COME OUT! And Christopher Bollyn’s investigative research brings out the truth like nothing I’ve read to date. His research connects the dots and destroys the myths.

Mr. Bollyn’s research is published in a book entitled: The War On Terror: The Plot To Rule The Middle East. I mean it when I say that if enough people read this book, it could change the course of history and save our republic.

This is written on the book’s back cover: “The government and media have misled us about 9/11 in order to compel public opinion to support the War on Terror. Why have we gone along with it? Do we accept endless war as normal? Are we numb to the suffering caused by our military interventions?”

“No. We have simply been propagandized into submission. We have been deceived into thinking that the War on Terror is a good thing, a valiant struggle against terrorists who intend to attack us as we were on 9/11.”

“Behind the War on Terror is a strategic plan crafted decades in advance to redraw the map of the Middle East. 9/11 was a false-flag operation blamed on Muslims in order to start the military operations for that strategic plan. Recognizing the origin of the plan is crucial to understanding the deception that has changed our world.”

I do not know Christopher Bollyn. I’ve never met him. But I thank God he had the intellectual honesty and moral courage to write this book. If you don’t read any other book this year, read Mr. Bollyn’s investigative masterpiece The War On Terror: The Plot To Rule The Middle East.

I am confident that after you read this book, you will want to buy copies for your friends and relatives. The book is under 200 pages long and is not difficult reading. However, the facts and details Bollyn covers are profound and powerful. I have read the book three times so far and I’m not finished.

You can find Christopher Bollyn’s phenomenal new book The War On Terror: The Plot To Rule The Middle East at amazon.com and most bookstores.