As a child, my greatest fear was of the dark. After my mother had tucked my sister and me in for the night, I would often lie awake with the covers pulled up tightly under my chin. I just knew there were monsters or other evil things lurking underneath my bed or behind the closet door waiting to snatch me away. Shadows, intensified by a full moon or the lights of a passing car, would only heighten my fear.

While I outgrew my fear of the dark a long time ago, there are other fears I still cling to: heights, snakes and being dependent on others as I age. 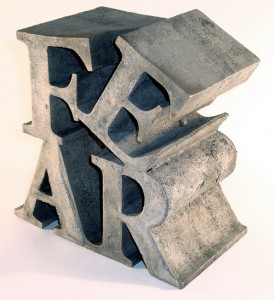 Other people fear flying, public speaking and spiders. Many fear rejection and failure, being alone and commitment. Those who don’t have enough fear they’ll never have enough while those who have wealth are often afraid of losing what they do have.

According to Google, the number one fear researched is “fear of death.” This ultimate fear is a normal human reaction. As a child, I feared death. It was the monster hiding underneath my bed that fortunately never materialized.

Some people, however, are never able to move beyond this fear, especially those who don’t have the reassurance of an eternal life through accepting Jesus as their Savior. As Christians we do not have to fear death. We know death through Christ Jesus has been conquered.

According to different articles I’ve read, the phrase “do not be afraid” appears in the Bible 365 times. While some articles refute this number, I’ve decided it really doesn’t matter about the number of times. What matters is—do we believe? Do we believe Jesus conquered death once and for all?

In a Christianity.com article by Eric C. Redmond, he says, “If we are going to be people who live Christ-centered, counter-cultural lives, we cannot let death bully us with concerns about death itself, the manner of our demise, and what lies just past the door to the afterlife. Instead, we must be fully assured that Christ’s work in the incarnation, on the Cross, and in the resurrection means for us that there is nothing to fear.” 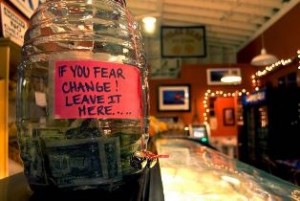 In Philippians 1:21-24, Paul wrote, “For to me, to live is Christ and to die is gain. If I am to go on living in the body, this will mean fruitful labor for me. Yet what shall I choose? I do not know! I am torn between the two: I desire to depart and be with Christ, which is better by far; but it is more necessary for you that I remain in the body.”

While still here, I will embrace the words of Deuteronomy 31:6, “Be strong and courageous. Do not be afraid or terrified because of them, for the Lord your God goes with you; he will never leave you nor forsake you.”