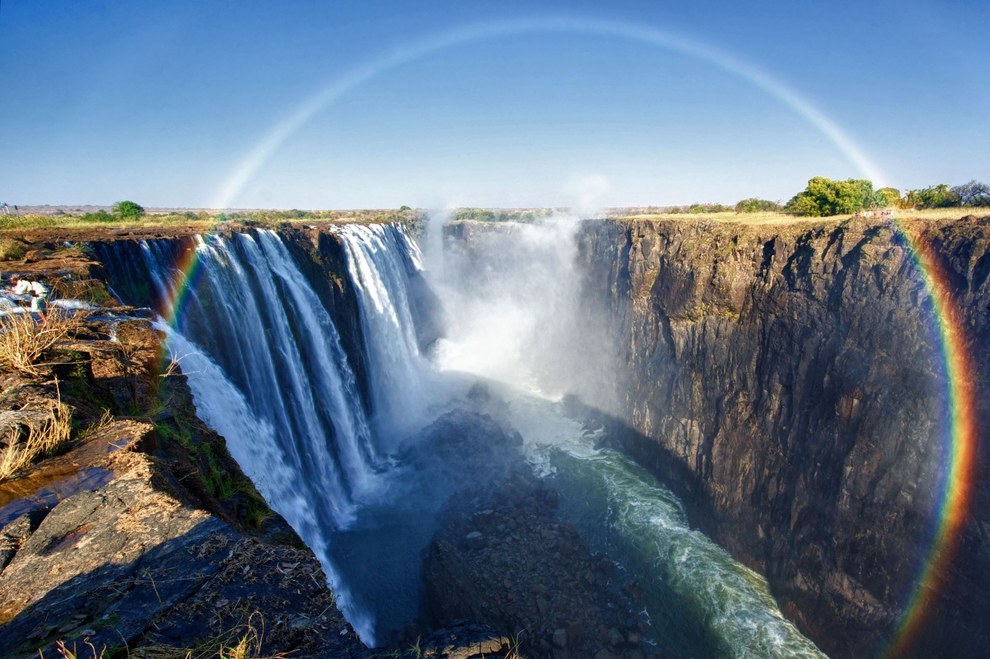 [CharismaNews.com] My father was in the Naval Air Force. He belonged to a unique division called “The Hurricane Squadron,” a group of pilots that flew prop planes into the eyes of hurricanes to take weather measurements (yes, they had “the right stuff”). I always admired the courage it must have taken to do something that daring.

When I was just a child, we happened to be gazing at a rainbow and my dad matter-of-factly explained, “When you get high enough in the atmosphere and look down on a rainbow, it’s not a semi-circle – often, it’s a complete circle.” That was a “Wow!” moment for me, and I thought about it often, especially when I witnessed one of those amazing bridges of hope stretching across the sky.

At first, I didn’t catch the Biblical connection; it was just an intriguing marvel of nature. Once I entered a relationship with God, though, the symbolism of this Biblical emblem impacted me more, because I realized a rainbow represents God’s promises.

It all started with Noah. The global flood, foretold by God, had destroyed every living thing. Only Noah, his family and the animals in the ark survived. After the waters subsided, Noah offered burnt offerings to God. The Creator responded by saying:

“As for Me, I establish My covenant with you, and with your descendants after you; … I have set My rainbow in the cloud, and it shall be a sign of a covenant between Me and the earth. … Then I will remember My covenant, which is between Me and you and every living creature of all flesh, and the waters will never again become a flood to destroy all flesh” (Gen. 9:9,13, 15).

It’s been thousands of years now, and God has kept His word. The world has never been destroyed by water since—and never will. Simply because God promised.

By the way, the point I made at the beginning—about the rainbow being a full circle—that speaks a powerful message. The upper semi-circle, visible from below, represents God’s spoken Word promises (in the Bible or communicated to us personally). The lower semi-circle, visible only from above, represents their fulfillment. Standing on the surface of this planet, we only see the upper arc (the promises) and often wonder if they will come to pass. From above, God sees both the upper and the lower bands (the promises and their fulfillment) as one and the same. Because what He says, He intends to do.

In the last book of the Bible, John was lifted in the Spirit and saw an amazing confirmation of this truth. In his vision, he saw a door open in Heaven. Then, walking into that celestial chamber, he described God’s inner sanctum:

“Immediately I was in the Spirit. And there was a throne set in Heaven with One sitting on the throne! And He who sat there appeared like a jasper and a sardius stone. There was a rainbow around the throne, appearing like an emerald” (Rev. 4:2-3).

Did you catch that? The rainbow was not just over God’s throne; the rainbow was around God’s throne. So, from Heaven’s perspective, God’s promises and their fulfillment are one and the same. We need to praise God every day with that expectation.