There is a deadly disease that has infiltrated and infected the once healthy body of Christ we call the church. It is called “silence”, more specifically “cowardly silence”. When it comes to taking a stand and speaking up (Is. 58:1) concerning sin, disobedience of God’s righteous laws, silence is not golden, it is yellow! 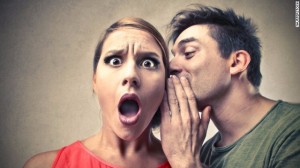 A couple months ago I was visiting someone in the hospital when the topic of sexual perversion was brought up. Being totally sick and tired of these perverted, sin diseased, sexual deviants, I spoke up quickly condemning this abomination! Others shook their head in agreement and in a low voice, “whispered” that I was right. I was flabbergasted, appalled and upset instantly! I said, in a rather loud manner, “Why are you whispering?!” In Eph. 5:11 we are told to have no “fellowship” with the works of darkness, but to “reprove” them. This verse is written to the church! Not the “professed” whispering Christians that deny Christ with their cowardly silence. (Mt. 5:33)

There are two words in Eph. 5:11 we need to look deeper into. Fellowship and reprove. Read very carefully. Your soul and the souls of others could depend on it! Fellowship; Strongs Concordance No. 4790 – to share in company with, communicate (have fellowship with) with, to be partaker of. No. 4862; union with or together, by association, companionship, beside. Reprove; Strongs No. 1651 – to confute, admonish, convict, convince, tell a fault, rebuke, reprove. Confute – Webster’s 1828 Dictionary – to disprove, to prove to be false, to overthrow, to prove to be wrong. My question is, how do you fulfill this commandment without speaking up strongly and with a righteous conviction?! You can’t be a “whispering” Christian! And no, the word “gay” does not describe anal and oral sex. Nor does it describe other sick, disgusting and perverted acts performed by these diseased individuals! Gay 1828 Webster’s – merry, airy, jovial, allied to “joy”.

Matthew 5:13 Ye are the salt of the earth but if the salt have lost “his” savour, wherewith shall it be salted? It is thenceforth good for nothing, but to be cast out, and to be trodden under foot of men. Savour – Strongs 3471 – to become insipid, to make as a simpleton, become a “fool”, make foolish, lose savor. Trodden – Strongs – 2662 – to reject with “disdain”.

Recently here in the state of West Virginia where I reside, a couple of bills were introduced into our legislature concerning right to work prevailing wage and charter schools. About 7,000 people assembled on the capitol grounds to protest these actions, yet when the “weasel” we call our governor caved in to a federal judge striking down our anti-sodomite state law, very few said a word! Even fewer above a whisper. Including most “pastors”. Is. 56:10-11 – They are dumb dogs, blind and ignorant. Lazy, greedy who love compromise. They look to their own way for their own gain. Jer. 2:8 They trespass against God’s laws and follow Baal. i.e. man’s law. Mt. 6:24 They have become stupid, insensible, unfeeling, savage, carnal, bestial, ignorant, untaught as stated in Jer. 10:21. Meaning of the word “brutish” in Webster’s 1828 Dictionary. 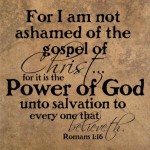 We have sinned by silence for too long! The “whispering church” has tolerated “quietly” theft by “law”, murder, sexual deviancy, destruction of our children’s minds and souls in the public “fool” system, entertainment industry and even inside the so called modern day church and much more! Ecc. 3:7 We’re told there is a time to keep silent and a time to speak. Now is the time for the church to speak with a loud clear voice whatever the cost. We must remember Pro. 28:1. The wicked walk in fear, but the righteous are bold as a lion. You will know very quickly who the righteous are. They cannot and will not keep silent. Like Jeremiah, they are so filled with the Holy Spirit of God, they cannot resist the power that compels them to speak and cry violence, spoil and judgment on a wicked nation! II Tim 1:7 We are not to have a spirit of fear!

Let the redeemed of the Lord say so, whom He hath redeemed from the hand of the enemy. Ps. 107:2 That which we tolerate (whisper about) today, we will embrace tomorrow! To keep silent in the face of evil is to condone the evil and to partake in that evil. (Eph. 5:11)