Will Sociologists be Brave Enough to Study Same-Sex Divorce?

The divorce concludes a six-year legal battle between the couple, Angela Summers and Melanie Davis, and the state, as Indiana claimed it could not grant the same-sex couple a divorce because it does not recognize same-sex marriage. Other states with traditional marriage laws are facing similar battles as residents who entered into same-sex marriages in other states want to divorce in their home state. 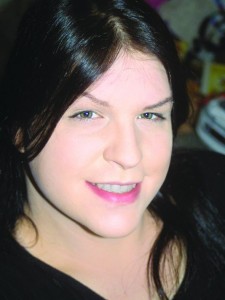 At the time of their marriage, Melanie Davis was David Summers, a man, according to a USA Today article. Monroe Circuit Judge Valeri Haughton first ruled that she could not divorce the couple because according to Indiana’s laws, the couple’s marriage was voided when Davis legally became a woman. But the Indiana Court of Appeals overturned the judge’s ruling, saying the marriage was legally between a man and a woman when it began and therefore could be dissolved. Haughton granted the divorce in early July.

Research on rates of divorce among same-sex couples is preliminary, and some sociologists warn more research will be stunted by a growing stigma associated with sociologists who raise questions that counter the gay agenda.

But studies looking at same-sex divorce in northern Europe, where same-sex unions have been legal for two decades, conclude same-sex relationships dissolve more often than heterosexual relationships, said Jason Richwine, a former policy analyst at the Heritage Foundation, in an article for National Review.

He points to three studies from Scandinavia, the Netherlands, and England. After controlling for age, region, country of birth, education, and duration of partnership, Richwine says the Scandinavian study found that out of 1,500 same-sex unions, “male couples in Sweden were 35 percent more likely to divorce than heterosexual couples, and lesbian partners were over 200 percent more likely to divorce. Whether the couples had children made little difference in the relative rates.”

Though the United States seems ripe for more research as marriage laws evolve, Steven Hayward from the American Enterprise Institute argued in an article for Power Line blog that solid scientific studies might be hard to come by.

Citing the witch hunt against Mark Regnerus, a sociologist at the University of Texas at Austin whose research on children in same-sex marriage households has been dismissed and denounced by the “liberal establishment,” Hayward said he has a hunch about the future of research into same-sex divorce: “Social science research into gay marriage will be discouraged, when it is not suppressed or demonized because any findings that might deviate from the current triumphalism will be politically incorrect. … This will become another area marked off-limits.”