Indiana resident Purvi Patel was found guilty late Tuesday and convicted on charges related to her killing the 25-week-old unborn baby when she took an abortion drug to induce an abortion.

Patel was arrested last July after she took abortion pills to kill her baby and she later admitted to police that she had placed the newborn in a dumpster behind a local restaurant, which her family owns. The infant was dead at the time the baby was found.

According to a court affidavit released on to WSBT, a South Bend police investigator said Patel went to the emergency room at St. Joseph Regional Medical Center on July 13. Doctors there believed she had recently delivered a child. The investigator said Patel denied giving birth. She was then taken to the maternity floor for further diagnosis and treatment. 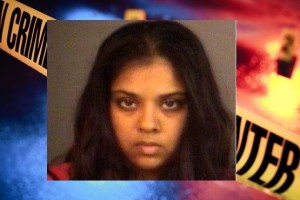 The officer said Patel eventually told medical staff she had delivered a baby in her Granger home and that she did not see the child breathing or moving and believed it was dead. Patel then told doctors she put the baby’s body in a bag and placed the baby in a trash bin behind the Super Target in Mishawaka.

Jurors reached a verdict as Patel was found guilty of felony child neglect and feticide charges. The deliberations lasted about five hours: Patel left the courthouse in handcuffs and in custody, at least for now. Her bond was increased to $200,000 cash, or $20,000 corporate surety to reflect an expanded flight risk due to the convictions.

“These are difficult cases, difficult for the jury, and difficult all around,” said Deputy Prosecutor Mark Roule.

Patel was convicted of using abortion drugs she bought online without a prescription to terminate a secret pregnancy caused by a married man. The baby turned up dead in a trash dumpster behind the Mishawaka restaurant the Patel family owns.

It was a child that prosecutors said got not a second of comfort or warmth from its mother, and didn’t even get a name.  Patel’s attitude was perhaps captured in a text to a friend that read, “Just lost the baby. I’m going to clean up my bathroom floor and then go to Moe’s.”

Patel allegedly told doctors she was roughly two months along and had a miscarriage. But upon further examination doctors determined that Patel was probably 28 to 30 weeks into her pregnancy.