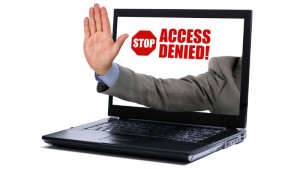 (WNS)–Millions of India’s online movie-browsers met a mysterious information blockade as laptops glowed with a cryptic message: “This site has been blocked as per the instructions of Competent Authority.”  India’s government required internet service providers to block 857 objectionable websites. Telecommunication officials say the sweeping censorship is meant to control easy access to sexually explicit material. The government made no official statement to defend the sweeping censorship, but telecommunications officials say the order is meant to promote moral decency and protect children. “Free and open access to porn websites has been brought under check,” N.N. Kaul, spokesman for India’s telecom department, told Reuters, adding, “We don’t want them to become a social nuisance.”

(WNS)–The contents of a 1,500-year-old-parchment scroll, burned so badly it could not be opened without destroying it, has remained a mystery since its excavation, 45 years ago, from inside the Holy Ark of the synagogue at Ein Gedi, Israel, on the western shore of the Dead Sea. But scientists at the University of Kentucky recently used a new software program to digitally unwrap parts of the document and analyze its text. They were surprised to find the first eight verses of the book of Leviticus enshrouded within the scroll. The most ancient manuscript of Leviticus that archeologists have discovered so far dates to the first century B.C. and is part of the Dead Sea scrolls. Researchers have found no other copies of the book dated to within a thousand years of that.  “It is important to go as far back as possible to the original sources and to have continuous examples of copies of texts without one-thousand-year gaps where we can lose track of things,” Seales said.

(WNS)–A new legislative bill in Portugal could require women to get counseling before abortions and cover part of the expense themselves. In 2007, Portugal passed an abortion law that allowed women to have a state-funded abortion up to the 10th week of pregnancy. But under the new amendment proposed recently by center-right lawmakers, women would be charged the equivalent of up to a $55 to have an abortion. They also would be required to get psychological and social counseling and attend family planning sessions before ending their pregnancies. The legislation still needs a final presidential approval.