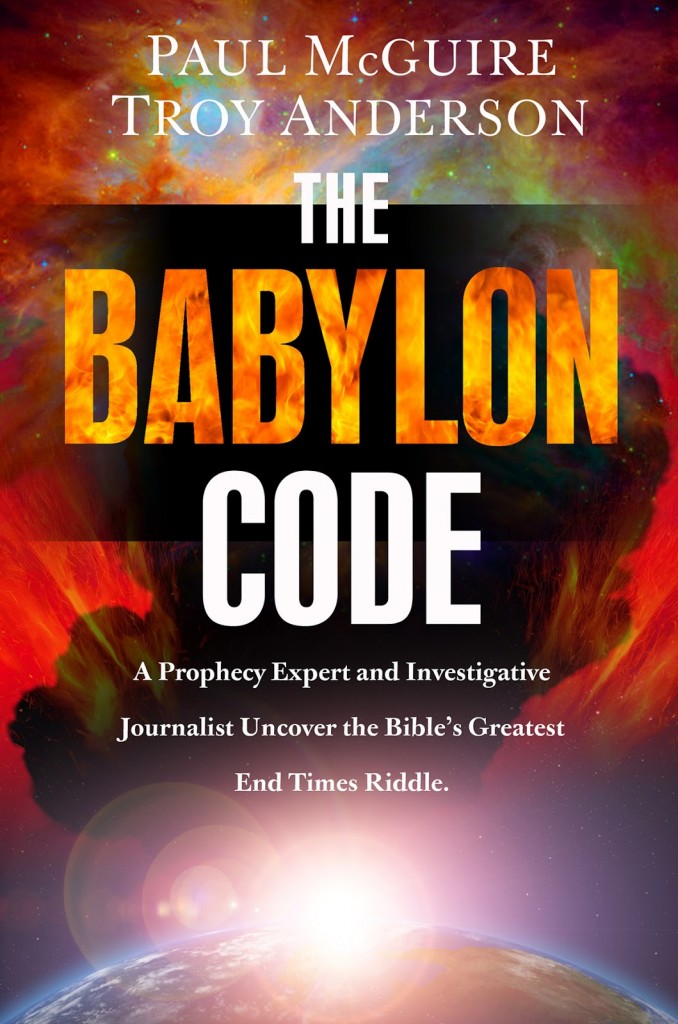 LOS ANGELEs – As a powerful anti-globalization wave sweeps the world following Brexit, readers of the The Babylon Code by Pulitzer Prize-nominated investigative journalist Troy Anderson and internationally-recognized prophecy expert Paul McGuire are asking how it fits into end-time prophecies and whether the “worldwide rebellion” against globalization is beginning.

These are the questions on the minds of many in the wake of the United Kingdom’s vote last week to leave the European Union and Republican presidential candidate Donald Trump’s remarks on how globalism is decimating America’s middle class.

McGuire says “Brexit is almost certainly a carefully-orchestrated ruse by the elite to usher in a European superstate, and ultimately a global superstate.”

“The corporate-controlled media in the U.S. and the EU are chanting the mantra, ‘The middle class are revolting against the elites,'” says McGuire, a Fox News and History Channel commentator and co-author of .

“Clearly, the voice of the working class, middle class, and what Bilderberg calls the ‘Precariat’ class has not been completely silenced, if people are questioning things like trade treaties, the European Union, and a global economic system. But it would be highly naïve not to assume that the Brexit was orchestrated by the elite for the benefit of the elite. The ‘Transatlantic Union’ and ‘Transatlantic Matrix’ is the biggest and most profitable business in the world, which is manufacturing global illusion and virtual reality. The core financial mechanism, which has been driving the global financial system from the Tower of Babel until today, is a Luciferian system based on sorcery and printing money from nothing.”

Unlocking a great mystery that has puzzled Bible scholars for nearly two thousand years, The Babylon Code: Solving the Bible’s Greatest End-Times Mystery reveals how powerful forces are at work to create a global government, cashless society and universal religion as predicted by the prophets.

The result of a five-year journalistic investigation involving more than 100 interviews with the world’s most notable experts on politics, economics, science and eschatology ranging from Billy Graham and Dr. Tim LaHaye to MIT Professor Noam Chomsky and Princeton University Professor Martin Gilens, The Babylon Code foretells an international takeover by the world’s elite-a global political and financial coup that will set the stage for the last days.

The Babylon Code takes readers on a spellbinding journey to explore the link between the world’s most clandestine organizations, the Bible’s greatest prophetic mystery, and what Graham describes as a convergence in end-time signs for the first time in history.

The Babylon Code is based on years of research, more than 100 interviews (Dr. LaHaye, Rabbi Jonathan Cahn, Joel Rosenberg, Pastor Greg Laurie, Dr. Robert Jeffress, among others) as well as the review of thousands of government documents, news articles and books.

The authors’ award-winning journalism and credible end-times expertise has captured the attention of notable faith leaders who are endorsing The Babylon Code as the first thorough investigation into globalization and the end times.