HOLLYWOOD, CA (ANS) – Family and child advocate Dr. Ted Baehr, founder of Movieguide®: The Family Guide to Movies and the Christian Film & Television Commission®, has announced a wide variety of live action movies competing for “Best Movie for Mature Audiences” of 2014 at the 23rd Annual Faith & Values Awards Gala and Report to the Entertainment Industry next month. 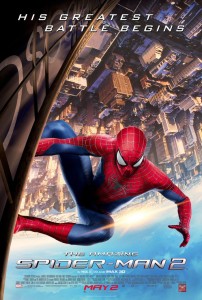 According to a news release from Movieguide®, the list of Faith & Values nominees for the Best 2013 Movie for Mature Audiences in the “Papa Bear” category includes some blockbuster superhero movies, a science fiction movie based on one of the most popular children’s novels of the past 25 years, and a couple acclaimed dramas.

The 10 movies will each vie for the title of Best Movie for Mature Audiences. In alphabetical order, the 10 nominees are:

“The Amazing Spider-Man 2” from Sony, “Captain America: The Winter Soldier” from Disney, “Dawn of the Planet of the Apes” from 20th Century Fox, “Divergent” from Lionsgate Films, “The Giver” from The Weinstein Co., “The Good Lie” and “The Hobbit: The Battle of the Five Armies” from Warner Bros. Pictures, “The Hunger Games: Mockingjay, Part 1” from Summit Entertainment and Lionsgate, “The Teenage Mutant Ninja Turtles” from Paramount Pictures, and “Unbroken” from Universal Pictures. 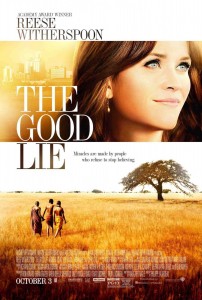 The worldwide box office totals for these “Ten Best 2013 Movies for Mature Audiences” range from $2.7 million for “The Good Lie” to $806.5 million for the final “Hobbit” movie.

“Movies with Christian friendly content, faith-filled worldviews and biblical, redemptive values usually do best at the box office,” Dr. Baehr said, noting that five of the nominated movies made it into the Top 10 movies at the box office worldwide!

The “Teddy Bear” Awards, as they are affectionately called, will be televised Saturday, Feb.21 on the
REELZChannelv www.reelz.com.

At the Faith & Values Awards, Dr. Baehr will present highlights of Movieguide®’s 2015 Report to the Entertainment Industry, which shows Hollywood what kind of movies were most successful at the domestic and international box office as well as on home video in 2014.

Nominations for other awards will be announced soon, including the $100,000 Epiphany Prizes for Inspiring Movies & TV, the $50,000 Kairos Prizes for Spiritually Uplifting Screenplays by First-Time and Beginning Screenwriters, the $50,000 Chronos Prize for Most Inspiring Screenplay by Established Filmmakers, the Grace Awards for Inspiring Performances in Movies & TV, and the Faith & Freedom Awards for Promoting Western or American Values.

Movieguide® has already released names of the 10 nominees for Best Movie for Families. 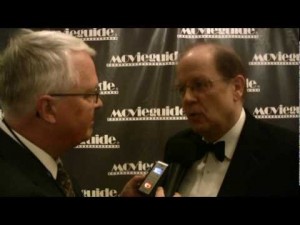 Dr. Baehr is chairman of the Christian Film & Television Commission® (CFTVC) ministry and director of its family guide to movies and entertainment, Movieguide® (www.movieguide.org). CFTVC and Movieguide® are an international non-profit ministry, advocacy group, and watchdog dedicated to “redeeming the values of the entertainment industry according to biblical principles by influencing industry executives and by informing and equipping the public about the influence of the entertainment media.”

For more information about the Faith & Values Awards Gala, including a list of this year’s Family movie nominees, visit www.movieguideawards.com