A Fisher of Men… and Concert Promoter

The River Rock Festival is Coming to New England

As many of you already know, some of the first articles I wrote for “The Good News Today” were about the rise of Christian music as a vehicle for the Gospel. As a “Christian in Training” back then, and being the music lover that I am, that connection really opened doors for me in terms of understanding what I was feeling at the time, and sort of comforted me on my faith journey. Watching and listening to these folks since, utilizing their talents for a glory greater than any associated human vanity or screaming audience, inspired me to say the least. Moreover, my ear for music allowed me to see the (my) Christian walk through a window that made sense to me.

With that said, I didn’t understand fully at the time how these events came to be. In my mind, it seemed they must have to be organized differently because they’re Christian, right? I mean, how could a concert event dedicated to the Body and Blood of Christ be organized without some special or even divine intervention? What a goof…  Truth be told, the only additional requirement for coordinating and presenting a Christian concert event, (besides the obvious skill set of an organized promoter and his/her talented staff and crew), is the Holy Spirit driven mission to make every end-game associated with your efforts about the saving grace of a God, who is always ready to give to those ready to receive. I know, because I’ve written about these dedicated and convicted individuals before, stalwart missionaries prepared to accept “less” for the “more” of knowing they’ve brought Jesus to others, and doers unwilling to sit on the sidelines when they’re called to a higher purpose. One of those people is Jeff Wall of “The Lighthouse Events” out of Freeport, Maine, and his was no easy road to the often challenging world of Christian concert promotion and production. 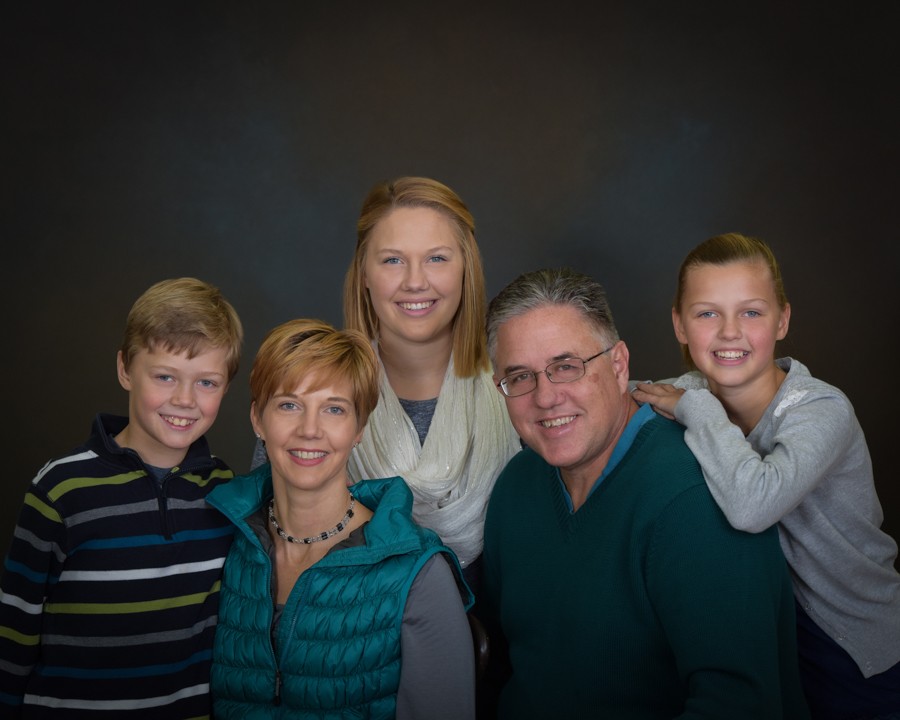 With the Spring/Summer Concert promotions schedule already in motion, Jeff Wall was gracious enough to take some time away from his very busy and current tour to speak with me by phone. The husband and father was not shy about his journey, and immediately struck me as a dedicated family man who recognizes all too well the gifts of his wife of 21 years Gail, and children, Jessica 17, Rachel 11, and 9 year-old Cody. As with so many faithful I’ve had the pleasure of interviewing, Jeff spoke of himself as a young man who’d learned many of life’s lessons the hard way, but that he had indeed learned them. Running with the wrong crowds in high school and college, Jeff fell into many of the typical traps of youth, and to such a degree that he questioned the direction life was taking him. Born and raised in a Christian home in sunny California, Jeff rebelled against the structure and accountability he and many his age didn’t fully understand, until that one soul wrenching moment that changed everything for him.

As a young man Jeff would went to work on a commercial fishing boat in Bristol Bay Alaska, complete with all the trappings and excitement, very much like the fast money and danger depicted on the show, “Deadliest Catch”. In 1983, Jeff was devastated when a close friend from college and fellow fisherman was swept overboard from a sister vessel and never seen again. The event traumatized the tough young man and forced him to reconsider his own mortality, especially as it would relate to the forgiveness of the sin in his own life as well as the future of his own soul. Taking stock of his fast and furious life experience to date, Jeff Wall knew full well he was behind on the score board and accepted Jesus Christ as his Savior. And as we Christians know, he would never be the same.

Jeff’s trials were not over yet however, and he would be tasked as only our Lord knows we must be. He was eventually brought to his knees by a brutal accident aboard ship that would sideline and land the Christian fisherman in the hospital for many weeks with significant and lasting injuries. Again there was time to ponder, not his past, but his future, and what his Savior would now expect of him.

After a long recovery period, Jeff left the dangerous game of Alaskan fishing for good in the early 90’s and eventually met wife Gail through a church singles group. They married in 1994 and began their life together. While Jeff was hospitalized he was visited by close friend Ron Marland who suggested to Jeff that his education in marketing and personality might just fit the Christian radio industry quite nicely. Jeff was subsequently offered a job with a Christian broadcasting company and thus began a broadcasting career that lasted for twenty years. During that time Jeff would work diligently for over 20 ministries to help grow popular Christian radio networks like Family Radio, Calvary Chapel, K-LOVE, Air1 Radio and many others.

As I’ve found personally, there is a lot of meaningful dialogue and prayer that goes along with this Christian application as we navigate life’s twists and turns. There seems a constant tugging and pulling. For some of the missionary inclination, (including Jeff and wife Gail), it’s a downright calling. So in 2007 when the Lord came knocking, Jeff, Gail and family packed up and found themselves bound for the East Coast and trying to make sense of what the Lord wanted them to do. They landed at a ministry in Maine where Jeff would become frustrated and confused, trying mightily to understand the full scope of what God had called him and his family all the way across the country for. Then, in the wee-small hours of an August morning in 2008 Gail confided in Jeff that the Lord had told her that they needed to start a Christian Concert promotion business. Wide eyed and still confused as neither had any real experience in concert promotion, Jeff and Gail hunkered down in the dark and prayed hard for guidance. As the sun came up, guidance came and “The Lighthouse Events” (TLE) was born. 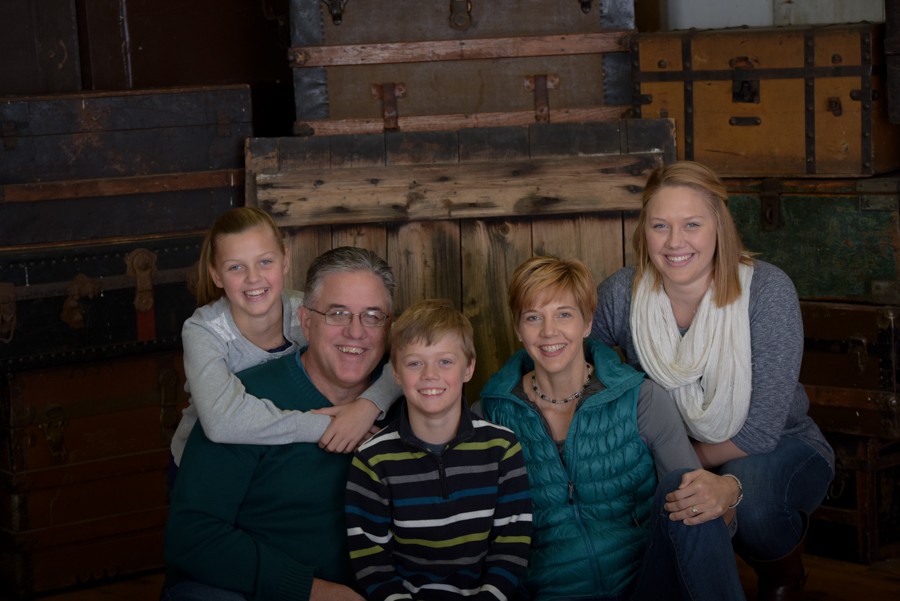 In that first year and half after that August dawn, and on a finite budget to be sure, TLE would visit more than 1000 churches and promote/facilitate more than 400 venue shows. Jeff and Gail would eventually expand their horizons for the Lord in ways they never could have imagined. This meant new and lasting friendships that would lead to a road crew and support staff equally dedicated to the mission of live music as a bridge for the faithful as well as the searching. Sidewalk Prophets, Mercy Me, JJ Weeks Band, Switchfoot and Jeremy Camp are just some of the powerful names in Christian Music today that are on the TLE’s tour list. I asked Jeff why here, and we joked about the “Northeast” as his base of operations. My political alter-ego commended the promoter for his initiative in a region not necessarily known for its “Godliness”. In hindsight, I have to think the missionary isn’t called to the place where all is well, but rather to spread the word to those who would not otherwise have heard it. “We do all this for the sake of the gospel, that we may share in its blessings.” (1 Corin 9:23)

Jeff and I talked some more about the changing times, and I explained to him how I feel a sense of peace and belonging when I attend these Christian concerts. He concurred but reminded me that the same reconciliation I felt was for those who might be searching, and that his prayer is that God’s message and the Holy Spirit come into the lives of some who may have come to his shows looking for answers. He also told me that unlike some of the other promoters, he refuses to classify his work in certain tax categories as he does not want the message restrained outside of the Biblical world view he is promoting. For this reason, and as is the case with missions of faith and service, the Lord always seems to provide.

It’s at these times in my interviews, that I can feel the need that is surely a constant in the hearts and minds of the doers, the prayer and anxious nail-biting that must occur as they move from venue to venue sorting through the bills and commitments. I asked Jeff about his overhead for these monstrous undertakings. Not seeming to want to complain, he did admit that the “fortune” part of “fame and fortune” does not exist for the Christian promoter, and that he squeaks out a living on whatever is left when the ledger is finally closed for the evening. Despite the tight budget, Jeff continues to keep ticket prices at around $20.00 in order to accommodate as many as possible. Consequently, he did tell me that he sees his mission as a partnership, (with the Lord first), and then any willing soul(s) who would partner with him in the cause. Jeff tells me, “We are looking forward to seeing how God is going to use TLE. Our hopes are that people will be encouraged, people will use our events to reach out to family and friends, neighbors and co-workers, and people will be drawn to Christ.” In the end, I would say partnering with an effort such as “The Lighthouse Events” offers everyone a chance to affect many people at one time. 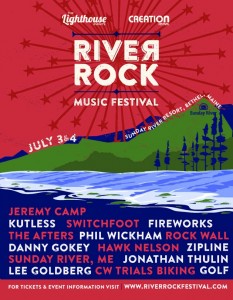 Oh, and one more minor thing. In keeping with “The Lighthouse Events” philosophy, this summer they are partnering with Creation Festival, promoters of the largest Christian Festivals in the nation on a new event, The River Rock Music Festival. This outstanding event is scheduled for July 3rd & 4th at the Sunday River Resort in Maine and includes music from Jeremy Camp, Switchfoot, Phil Wickham, Hawk Nelson, The Afters, Danny Gokey and Jonathan Thulin to name just a few. On July 4th they will also have an amazing fireworks display. Discount lodging is available; there are no fees for parking or autographs. The RiverRock Adventure Pass includes: twin zip lines, rock climbing wall, The Gondola and a Bungee trampoline. For more information and to order your tickets go to www.riverrockfestival.com.

Listening to live music has a way of taking you to another place. It clears your mind and causes you to focus on just the melody and verse. It’s actually a time when we’re most open to any message contained in the lyrics. Truth be told, “It” happens for all of us in different ways. But while the good Lord pursues us on every possible level in our lives every day, I do think the emotion and excitement of a live show can be a perfect time to accept Jesus Christ as your Lord and Savior. See you all at the show…

Interested in finding out more about tour dates and the headliners and new acts coming up, or maybe helping out with this mission? Contact TLE: You can contact Jeff for promotion, partnering, or hosting an event at (207) 232-0966. Call Gail for ticketing or comments at (207) 232-1776. The mailing address is The Lighthouse Events, P.O. Box 141, Freeport, ME 04032

Please visit their website for all the latest news and dates at thelighthouseevents.com