A Godly Alternative BCA Has… H.E.A.R.T. 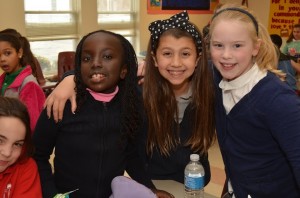 “Back in the day”, a child’s education was not so complicated as it seems today. The focus was exclusive to a young person’s future and the skill set they would need to be a moral and contributing member of society. In contrast, the political battles over “Common Core” and what exactly is being fed to America’s youth in the 21st Century classroom, looks and sounds more like something out of a TV courtroom reality show. In many ways, Americans in growing numbers are becoming alarmed at the pace of revisionism and what appears to be a certain ideological indoctrination occurring in our public schools, as is explained to us by our children, (knowingly or unknowingly), at the dinner table every night.

History is being rewritten to suit a particular narrative not in keeping with the whole of reality and/or its associated truths, and it appears God is no longer welcome and being run out of our public schools by an extremely vocal and often vicious minority. This is at least somewhat in part for a lack of funds needed to combat any subsequent and so-called constitutional legal action brought by that minority. Why the mere mention of the Christian God, (as has been in keeping with the reading of the Bible as the original American text book from the early beginnings of the American educational process), invites the wrath of unbelievers to a degree almost frightening in its scope and intensity. In fact, I would say the departure from faith-based moral accountability and success by way of diligence and hard work, and toward misguided “political correctness” and a “one world order” void of individual exceptionalism, has officially begun in public school systems across the nation.

Nevertheless, the discussion over “Common Core”, complete with all of its misspellings, mathematical errors, geographical mistakes, and downright purposeful historical gaffes, is a stand-alone article to be sure. Truth be told, I could annoy my editor with four thousand words just on those issues I’ve found in my own middle-schooler’s homework. But that’s for another day, and only one part of a much broader discussion. Today we reflect on an alternative. And that alternative for many has become a values and Bible based Christian one, complete with a dedicated staff, likely compensated far less than the going union wage, but wholly committed to teaching those in their charge a fundamental value system which will serve as foundation for a decent and prosperous life in the eyes of God. And the name of one of those alternatives is “The Barrington Christian Academy”, or (BCA). 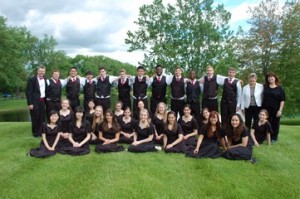 Located off of Route 114 at 9 Old County Road in Barrington Rhode Island, this K-12 boasts an 8:1 FTE teacher ratio and is Christian school central for 220 students from 30 different cities and towns in the surrounding area. BCA is the only K-12 school accredited by way of the New England Association of Schools & Colleges (NEASC) and the Association of Christian Schools International (ACSI), with students matriculating to Universities from Brown, to UMass Dartmouth, as well as Boston University. Their philosophy at BCA is a simple one and includes the following from (II Timothy 3:16-17); There is only one God, eternally existent in three persons: the Father, Son and Holy Spirit; That the Bible alone is the inspired, authoritative Word of God, which is “useful for teaching, rebuking, correcting, and training in righteousness that the man of God may be equipped for every good work.”

Originally founded by the Barrington Baptist Church, BCA is now an independent leader in the Christian School movement, with its Head of School Elsie Wright also serving as the chair of the ACSI Northeast Region’s Accreditation Commission. Mrs. Wright also serves as president of the Rhode Island Chapter of the Council for American Private Education (CAPE), and is a board member for the Rhode Island Scholarship Association (RISA), which has led the RI Tax Credit initiative to provide scholarships for low-income families. So with politics ever tugging at my shirt sleeve, I jumped at an opportunity to speak with Mrs. Wright, as I contemplate the future of the American education system, as it relates not only to the future leaders who will be entrusted with our nation’s longevity, but more personally how it relates to the future of my 12 year-old son…

Driving through yet another winter storm in our area to get to the school this past weekend gave weight to the importance of going to the source for the truth, though I did express to Mrs. Wright, or Elsie as she greeted me at the door with a smile, my concerns for her travel when we were done. Elsie assured me she lived close by and thus my Christian education would continue on this icy cold February evening.

The 61 year-old mother of four children moved from Western Massachusetts to Riverside, R.I. in 1976 after marrying husband John right out of Bucknell College in 1975. Raised in a church-going home, Elsie came to the Lord in high school and thus Bucknell would prove pivotal in nurturing her faith by way of a very strong Intervarsity Christian Fellowship. Husband John also became a Christian in his freshman year at Bucknell. On coming to Rhode Island, Elsie worked at the Covenant Cooperative Nursery school for 12 years and attended the parent ECC in Riverside and would eventually move to Barrington. In 1989, Elsie was tapped by the BCC Board for the much needed “Head of School” leadership position at the school, and accepted on the grounds she would occupy the office for just one year. We both chuckled as she looked around her office and reflected on that agreement some 26 years ago. Since that time all four children and three of seven grandchildren have come and gone through the doors of the BCA, and a proud mother remembered with a coy smile, the road to her current station. 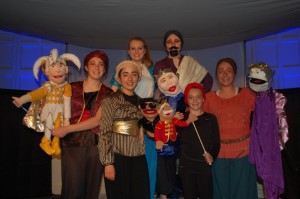 Elsie and I spoke a little of the politics that drives the discussion of school choice in today’s education formula. I was pleased to hear that while she considers these issues, she focuses mainly on what she tells me is the majority of teachers, public and private, who possess an embedded desire to act in the best interests of the children always. As a public servant who understands that commitment to community, I was delighted, (and relieved) to hear her insight and optimism. Elsie was quick to point out she was fresh off of national “School Choice Week” back in late January, and how that coincided with her efforts at the state level in the area of tax initiatives/incentives/scholarships which would make the incredible education at schools like the BCA more affordable for lower income families. It was clear to me that this was an important issue for her in that what BCA is offering is for all, and that laying aside the politics for our children’s sake is paramount to the overall success of the education system. 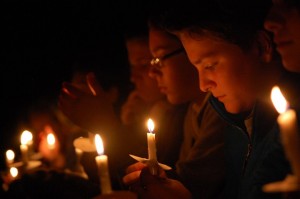 As with all efforts along these lines however, tuition, funding, and financial aid are all concerns not only for the parent, but for the school. Elsie explained that for every $100,000.00 in grants or subsidies, BCA gives out more than $400,000.00. These are huge financial gaps which must then be made up by way of endowments and giving. To that end, Elsie spoke of the schools newest long term strategy to build an endowment of six million dollars over the next ten years. No small effort to be sure. However these are not times for sitting on the success of having been voted one of the top 50 Christian High Schools in the country. Careful and well thought out strategic planning for the long term is clearly the way forward for the BCA.

Elsie beamed with pride as she told me of recent missions by the BCA and how the seniors had just returned from construction and medical projects in La-Romana in the Dominican Republic, as well as the sophomore trip in the works to Philadelphia. Closer to home, I was excited to hear how the 8th graders were spending quality God time with the elderly at the Atria Assisted Living Complex, and absolutely loving the experience. Two generations linked for the future in faith, spirit and knowledge. What could be more important in terms of “education”? Elsie also noted the gifted programs at the school and how BCA is fully engaged with special needs students as well. Elsie stopped at that point and took a moment to speak glowingly of her husband John’s assistance and dedication to her efforts and the BCA, and how supportive he has been through the years in the management and care of the students as they venture out to sporting events and dozens of other activities. We also talked about the 12 international students from China and South Korea who actually sought out the BCA from their respective homelands, and have been so moved by what they’ve learned of Christ and His gift to them. Elsie seemed to draw extra enthusiasm and satisfaction as she spoke of the looks on their faces when they heard “The Good News” for the first time. 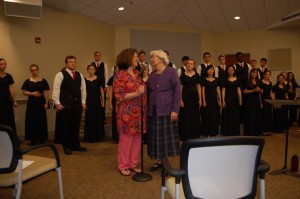 Elsie and I talked for some time about where we thought things were going in the field of education, and how school choice was the key for a changing educational environment. In the end we agreed, that our legacy must be investment in our children’s future, and that an exceptional education rooted in a Biblical world view is the key to our posterity’s longevity and success.

To that end, Head of School Elsie Wright and the BCA have pledged their best actions. And in the opinion of this humble Christian pontificator, they would be an exceptional choice for parents seeking the absolute best avenue for their children’s education. Stop by their upcoming open house this March 22nd from 2-4, and see for yourself how the transformational power of Christ, as recognized, embraced, and taught in an environment of optimism and love, can truly be a game changer.