A Nation Without A Soul

Imagine there’s no heaven.  It’s easy if you try.
No hell below us.  Above us only sky.
Imagine all the people, Living life in peace.
You may say that I am a dreamer, But I’m not the only one.
I hope someday you will join us.
And the world can live as one.  –John Lennon 1971

I was in college during the fall of 1971 when John Lennon released “Imagine.”  I vividly remember sitting around the frat house my freshmen year sucking down the brewskys with my buddy’s as we pondered the profundity of Lennon’s remarkable anthem,  part of the final flock of baby-boomers who left home to follow the utopian visions floating on the last vestiges of the rebellion of the Sixties.

All of the “make love, not war” rhetoric had come crashing down the year before with the killing of four college students at Kent State University.  Like so many movements before, so much of the laughter died in sorrow as we watched the standoff between the Ohio National Guard and the grand-parents of today’s godless millenials end in what Crosby, Stills, and Nash forever etched into the American psyche…Four Dead In O Hi O….today…May 4th, 1970. 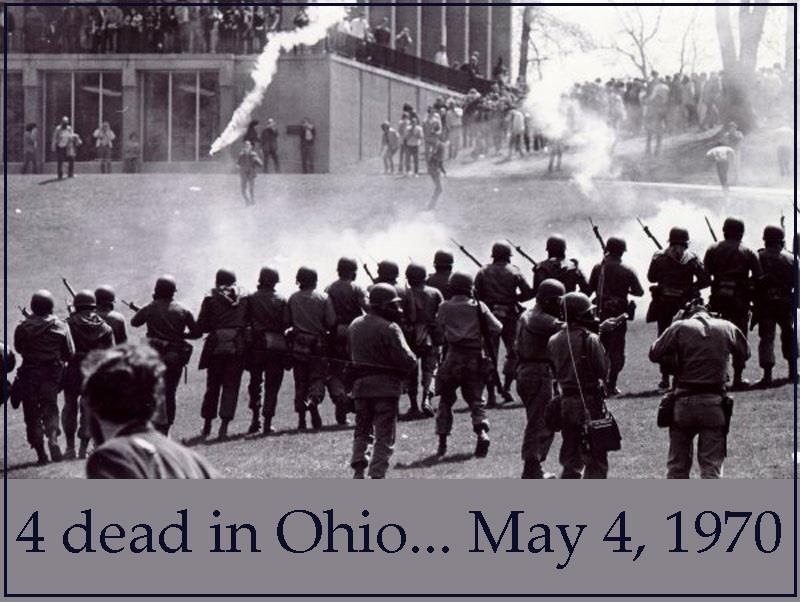 With the arrival of the Beatles in 1964 young Americans were conflicted about which America they were going to pursue.  The anti-Vietnam left or the utopian “Tune in, Turn on, and drop out” drug culture of Timothy Leary.    We watched a man land on the moon; Witnessed the assassination of three young political leaders; and the first-ever defeat of the American Military machine.

The turbulent Sixties bowed their knee to the decade of disco and once again all seemed right in America.  But the seeds of discontent planted in the hearts of the children of WWII grew silently in the hearts of the hippy generation until the planting done by Jimi Hendrix, Janis Joplin, and Bob Dylan et al finally bore its fruit.

A wise man once told me that you could judge what kind of parent you had been by looking at your grandchildren.  For some strange reason the fruit took a generation to ferment, and it was not until we were able to look two generations into the future that we could truly see what kind of crop the Sixties had born.  Sowing to the wind had reaped a whirlwind.

The seeds of rebellion grow deep and unfortunately today we are able to look across the fruited plain and find much of the crop dotting the landscape to be unrecognizable.  The children of the Great Depression, nurtured on the Bible and corrected by the belt, spawned a rebellious crop who rejected everything that their parents had stood for.

Jesus had warned us “what does it profit a man to gain the world and lose his soul.”  Somewhere along the way we lost it…our soul.  Walking dead men is what a famous man once called it…a generation that is void of values and far too in love with themselves.  The Greatest Generation has spawned the Zombie Generation.

It was an evolution that we may never recover from.

I turned 64 this year and with a sense of regret on my birthday I serenaded my precious wife with another Lennon/McCartney favorite:

When I get older, losing my hair many years from now.
Will you still be sending me a valentine, Birthday greeting bottle of wine?
If I stay out till quarter to 3 will you lock the door?
Will you still need me; will you still feed me, when I’m 64?

It grieves me to see how shallow of a life we have passed on to our grandchildren.

The hippies of the Sixties turned the tables on us and we were unaware of the lasting impact of their youthful fling.  Today, as we peek over our slowly drooping shoulders we can truly understand the Biblical admonition:

Christianity is now counter-culture.  Those of us who believe in traditional family/Biblical values are now the outcasts…the Deplorables.  The Bible teaches us that there is nothing new under the sun…and once again we have repeated the mistakes of our fore-fathers.  We have strayed from the Word of God and we have not “diligently taught it to our children.”  In most families today the grandchildren do not share the same values as their grandparents.

In the name of progress we have regressed.  We have taught our children to seek first the things of this world and are shocked to find that they have no desire for the Kingdom of God.

If you are a Bible believing Christian in today’s world you are a freak.  In this nation today the term Christian has become meaningless.  I regularly find myself crossing paths with Bible-less 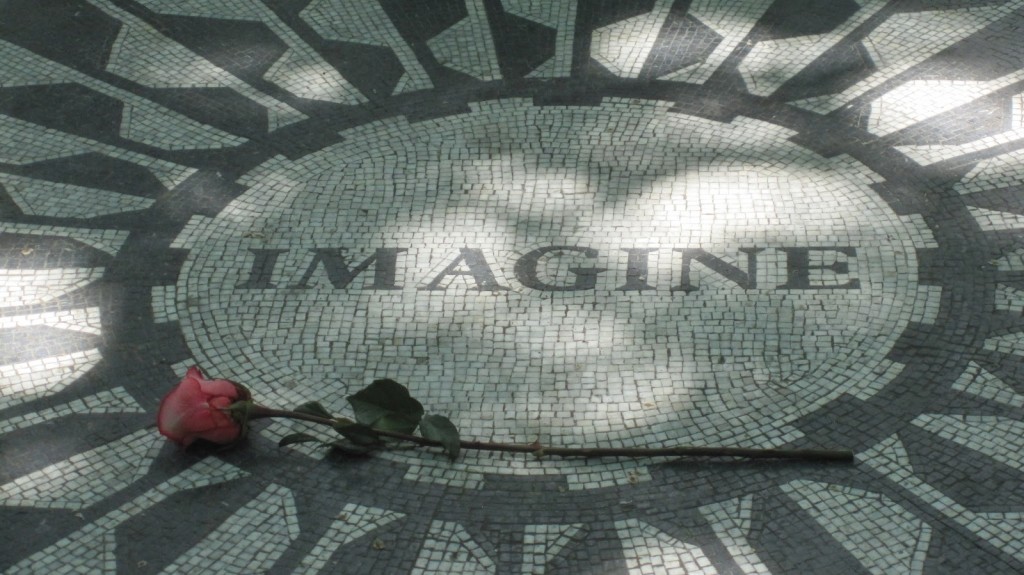 Christians.  They have walked an aisle, said a prayer, “invited Jesus into their heart”, but there has been very little change in the manner of fruit that they bear.

I don’t know if you have noticed it or not but the moral condition of this nation continues to  darken.  The church, which was once the salt of the earth and the light of the world, has been reduced to a flickering candle in a dark and dusty nation.

The opportunities to shine the light are easy to find.  All you have to do is stick your head outside your window.  There used to be a church on every corner and the 10 Commandments were posted in every schoolhouse.  The soul…the glue of the nation… was once a set of common Christian values that were taught in our schools.

Look around you.  The glue is gone.  America is a soul-less nation.  John Lennon rules the day.