According To The Federal Government, 19 Million Acres Of Farmland Were Not Planted With Crops This Year 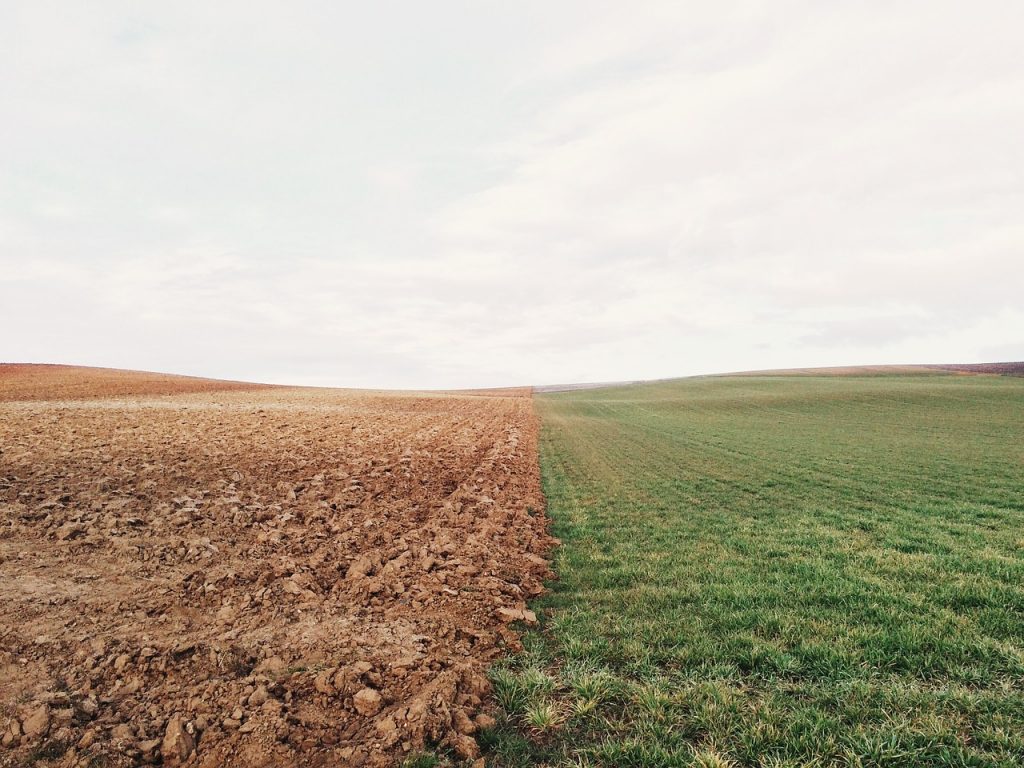 If that headline sounds really bad to you, that is because the situation that we are facing is really bad.  Over the past few months, I have written article after article about the unprecedented crisis that U.S. farmers are facing this year.  In those articles, I have always said that “millions” of acres of farmland did not get planted this year, because I knew that we did not have a final number yet.  Well, now we do, and it is extremely troubling.  Of course there are some people out there that do not even believe that we are facing a crisis, and a few have even accused me of overstating the severity of the problems that U.S. farmers are currently dealing with.  Sadly, things are not as bad as I thought – the truth is that they are even worse.  According to the U.S. Department of Agriculture, crops were not planted on 19.4 million acres of U.S. farmland this year.  The following comes directly from the official website of the USDA…

Agricultural producers reported they were not able to plant crops on more than 19.4 million acres in 2019, according to a new report released by the U.S. Department of Agriculture (USDA). This marks the most prevented plant acres reported since USDA’s Farm Service Agency (FSA) began releasing the report in 2007 and 17.49 million acres more than reported at this time last year.

So this is the largest number that the USDA has ever reported for a single year, and it is nearly 17.5 million acres greater than last year’s final tally of less than 2 million acres.

If you have been following my articles on a regular basis, then you know exactly why this has happened.  The middle of the nation was absolutely pummeled by endless rain and unprecedented flooding throughout the first half of 2019, and this new USDA report shows that the vast majority of the acres that were not planted come from that area of the country…

Of those prevented plant acres, more than 73 percent were in 12 Midwestern states, where heavy rainfall and flooding this year has prevented many producers from planting mostly corn, soybeans and wheat.

“Agricultural producers across the country are facing significant challenges and tough decisions on their farms and ranches,” USDA Under Secretary for Farm Production and Conservation Bill Northey said. “We know these are challenging times for farmers, and we have worked to improve flexibility of our programs to assist producers prevented from planting.”

Of course the 19.4 million acres that were not planted are only part of the story. Most farmers were able to get seeds in the ground despite the challenging conditions, but in much of the country the crops are not in good shape. In fact, according to the latest crop progress report only 57 percent of the corn is considered to be in “good” or “excellent” shape.

Unfortunately, the nation’s soybean crop is in even worse shape.  At this point, only 54 percent of the soybeans are in “good” or “excellent” shape. In addition, only 8 percent of the U.S. spring wheat crop has been harvested so far.  That is “sharply below the 30% five-year average”.

So what does all of this mean? Well, it means that we have a real crisis on our hands.  A lot less crops are being grown, and a substantial percentage of the crops that are being grown are not in good shape.  Yields are going to be way down across the board, and that means that U.S. agricultural production is going to be way, way below initial expectations. In other words, we are going to grow a lot less food than usual.

One bad year is not going to be the end of the world, but what if things don’t bounce back next year?  As I keep telling my readers, our planet is becoming increasingly unstable in a whole bunch of different ways, and global weather patterns have been shifting dramatically.  Many experts are issuing very ominous warnings about what is ahead as weather patterns continue to shift, and some believe that what we have witnessed so far is just the very beginning of this crisis.

Almost every day, there are new headlines about extreme weather and records being broken.  For example, one community in Colorado just got pummeled by hail the size of softballs…

“Monster hail fell from the sky and hammered areas of the central United States on Tuesday, shattering a state record. Earlier on Tuesday before the storms developed, AccuWeather Extreme Meteorologist Reed Timmer warned that Colorado’s state hail record could be in jeopardy given the intensity of the storms that he saw developing.

“His prediction came to fruition on Tuesday afternoon when a hailstone with a maximum diameter of 4.83″ fell in Bethune, Colorado, on Tuesday afternoon. The record was confirmed on Wednesday evening by the Colorado Climate Center and the National Weather Service office in Goodland, Kansas.”

For some of my readers, this freakish incident is going to set off major alarm bells. We are regularly seeing things happen that we have never seen before.  In other words, the seemingly impossible is happening so frequently that it has become mundane.

Despite all of our advanced technology, we are still completely and utterly dependent on the weather.  If the weather does not cooperate, farmers cannot grow our food, and we will not eat. Hopefully harvest season will go smoothly, but even if that happens, food supplies will be a lot tighter in the months ahead and that means that prices will continue to rise steadily.

This is a crisis that is going to affect all of us.  I wish that I could get everyone to understand this, but unfortunately there are still a lot of people out there that are not taking this seriously.