And All God’s People Said… Amen! 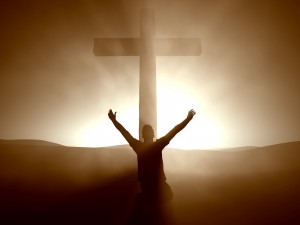 “The function of prayer is not to influence God, but rather to change the nature of the one who prays.” ― Søren Kierkegaard

In 1961, John F. Kennedy acknowledged the vital role which prayer played in the peace of the United States and in the unity of the world. On the morning of February 9th, 1961, Kennedy addressed a dapper throng of social and political dignitaries with the words, “Let us go forth to lead this land that we love, joining in the prayer of General George Washington in 1783, that “God would have you in His Holy protection, that He would incline the hearts of the citizens to entertain a brotherly love and affection one for another,” and finally, “that He would most graciously be pleased to dispose us all to do justice and to love mercy.”

Faced with the swelling tide of revolutionary sentiment in the Third World, the rise of Cold War aggression with the Soviet Union, the escalation of fierce competition between both U.S and U.S.S.R space programs, a ballooning war in Vietnam, and the undeniable upswell of Civil Rights tensions at home, John F. Kennedy faced a world stage enveloped in conflict–one not unlike that of today. With the world unraveling around him, the newly inaugurated president candidly concludes, “We must recognize that human collaboration is not enough, that in times such as these we must reach beyond ourselves if we are to seek ultimate courage and infinite wisdom.”

The summer of 2014 also erupted in a tumultuous series of international crises–eerily similar in both magnitude and meaning to those of 1961. Currently, Russia threatens to overrun Ukraine with military force, the rise of Al Qaeda and radical Islam in the Middle East, daily rising to new heights of extremism and violence. Riots and looting erupt at home, while political policies attempt to assuage their own chaos.

Pastor Steve Robinson of Crosspoint Church has a plan. 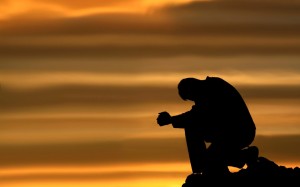 “Along with the prayers and intercessions of faithful Christians in churches throughout the region, Prayerfest 2014 will be one more way to bring revival to New England,” says Steve Robinson, of Newport, Rhode Island.

In a candid phone interview, Pastor Robinson shares his short-term vision for an event he calls Prayerfest as well as his greater vision for a flourishing Christian church in New England and throughout the country.

“It has always been interesting to me,” he muses with a solemn twinkle in his voice. “The Bible says that ‘the gates of Hell shall not prevail against the church.’ Yet the church walls herself up from other churches. Hell has gates around it; the church shouldn’t.”

With clearly well-thought out passion, Pastor Robinson underscored the importance of harmony and unity within the local and universal church. Too often, he shares, schisms within the Protestant community isolate the church from herself. Denominational differences swell to friendship-breaking proportions, disagreements in the order and aesthetics of worship cause Christians to focus upon exterior disparity rather than shared belief in Christ who, as theologian Abraham Kuyper notes, “is Sovereign over all.” Though the church as a whole places enormous emphasis upon rejecting her enemies, she often neglects to welcome her friends. Interdenominational and extra-denominational fragmentation has placed the churches of New England in a state of weakened effectiveness, fighting a mammoth world in solitude which robs her of transformative and refreshing Christian relationships. For a devil whose tactics spell death for the divided and the alone, New England’s churches present a prime and vulnerable target.

“But prayer,” continues Pastor Robinson, “provides a paradime shift. Prayer is not about “a” church. Prayer is about “THE” church.” Mysteriously, prayer pushes past the letters on the church sign, for it soars above the church roof to a place where the One God, through His Son Jesus, declares, “My house shall be a house of prayer.” (Mathew 21: 13)  If God’s house of prayer is divided against herself, how can she pray? With ears focused upon how long the Baptists pray and eyes open to analyze how elaborately the Episcopalians decorate their sanctuaries, she cannot fully attain the harmonious vision of God’s people without which “the nations perish.”

Hope does not lie dormant, however. New England Prayerfest 2014 provides an opportunity for Christians to come together with utter and ultimate allegiance to Christ’s heart and together lift up their voices in the sacred conversation between redeemed children and a loving, supreme Father. For their defining statement of purpose, New England Prayerfest relies completely on a Scriptural promise: “If my people, who are called by my name, will humble themselves and pray and seek my face and turn from their wicked ways, then I will hear from heaven, and I will forgive their sin and will heal their land.”  (2 Chronicles 7:14)

“On the world stage,” says Pastor Robinson, “We are seeing wars, rumors of wars, famines, Ebola outbreaks and  Middle Eastern violence. But the Bible says we need not fret. These things are going to happen. So what is to be our response? Second Chronicles gives us the formula for healing. “If my people will pray and seek My face…I will heal their land.” Prayer is the formula for healing.”

We can be so divided, like politicians, along party lines. Yet, Pastor Robinson observes, “In my experience, the church needs to be less political and more prayerful. We must get past denomination to the One true God.”

This is a call to return Christian focus back to the One who lovingly guides those who truly believe in Him for salvation out of darkness and into His marvelous light.

“God says that, through prayer, He will heal our land. And God’s word never comes back to Him void. What if we all prayed together? What if we set aside our differences? He says we have not because we ask not. And we have the ability to tear down the gates of Hell!”

Pastor Steve Robinson concludes his vision for New England Prayerfest with a thoughtful reference to Ridley Scott’s epic historical drama, Gladiator. “I do not know how many people will show up for this first convention. I do know, though, that the prayer will have a trickle-down effect, touching unbelievers whose family members choose to attend and those who might see the brochures. I am reminded of Maximus’ words in Gladiator, ‘What we do in the present reaches eternity.”

Ultimately, the vision of New England Prayerfest 2014 is exactly that: to reach into the eternity of Jesus’ power with the gift of His prayer and with the utmost goal of His glory. Prayerfest offers warriors of Christ the opportunity to look into the hearts of a different kind of Heavenly citizen and find that Christ keeps a plot of beautiful, mighty community there.

Through relationships, Christ changes the world. Through prayer, He strengthens the relationship between Himself and His children and, as if that is not enough, He promises to heal the world at the sound of His humbled people on their knees together. On Friday, September 26, New England Prayerfest will seek to illustrate the words of Francis Assisi:

“Lord, make me an instrument of thy peace.

Where there is hatred, let me sow love,

Where there is injury, pardon;

Where there is doubt, faith;

Where there is despair, hope;

Where there is darkness, light;

And where there is sadness, joy.

New England Prayerfest 2014 will take place at the Providence Convention Center on September 26th between 9AM and 10PM. For more info see their ad on page 2 or call Crosspoint Church at 401-846-3064.