Another study has confirmed that statin drug use increases one’s chance of developing diabetes. Statin drugs are the all-time leading prescription drugs sold in the U.S. and around the world, prescribed by doctors to lower people’s cholesterol levels. It is estimated that one out of every 4 people in the United States over the age of 50 is currently taking statin drugs for cholesterol. 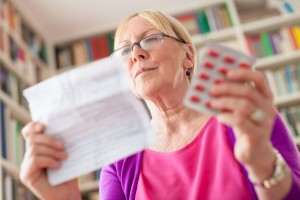 This current study just published looked at 26,000 beneficiaries of Tricare, the military health system. They found that those taking statin drugs to control their cholesterol were 87 percent more likely to develop diabetes. The study was published in the Journal of General Internal Medicine.

This is just the latest study to link statin drugs to diabetes, especially in women. Studies published in 2014 caused over 2000 lawsuits to be filed against Pfizer, the maker of the best-selling drug of all-time, Lipitor.

Diabetes is just one known side effect from statin drugs. After Lipitor’s patent expired at the end of 2011, the FDA issued its first warnings against statin drugs, which include: liver injury, memory loss, diabetes, and muscle damage.

Lipitor benefited from the change in marketing laws in 1997 that allowed pharmaceutical companies in the U.S. to advertise their products directly to consumers. Pfizer convinced an entire generation of Americans that they needed a pill to lower their cholesterol in order to prevent heart disease, in what will go down as one of the most brilliant and unethical marketing schemes of all time.

While the side effects are a serious concern, there are also concerns that statin drugs have no therapeutic value either. Studies have never conclusively proven that lowering one’s cholesterol levels by medication increases one’s life span. In fact, there is evidence to the contrary, that higher cholesterol levels are associated with longer life spans. (See: Statin Scam: People with Higher Cholesterol Live Longer than People with Low Cholesterol.)

Another study published earlier this year (2015) actually showed that statin drugs caused an increase of coronary calcium levels, which can lead to an increase in heart disease, the very thing statin drugs are supposed to be preventing!