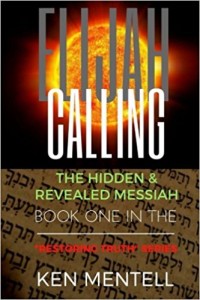 The Sanhedrin has ruled that it will not allow Jewish Rabbis to conduct Messianic Jewish weddings. Messianic Jews are Torah observant believers in the Messiah Yeshua (Jesus Christ). Ken Mentell, the author of the best sellers, “The Elijah Calling” and “Elijah vs Antichrist” has sent free copies of his “Restoring Truth” series to the Rabbinic Judges that serve on the Sanhedrin in Israel in rebuttal of this judgment.

Based upon the Sanhedrin’s comments it would appear that they have determined that Jews and those who observe the Torah while believing in Jesus Christ, are no longer Jews and do not qualify to have a Jewish Rabbi conduct wedding ceremonies. This turns believers in Jesus Christ from fully participating in Israeli society and essentially turns them into second class citizens…if citizens at all. By the Sanhedrin’s spokesman’s words they make Messianic Jews & Hebrew Roots Believers sound more like interlopers.

This story was covered by the Jerusalem Post, Haaretz, and WorldNet Daily. Joseph Farah talked with the Spokesman for the Sanhedrin and their representative stated, “If one accepts the principle that Christians should be Christians and Jews should be Jews, then it follows that Christians who are trying to pass as Jews are doing something deceitfully. One can be a Christian in Israel and keep Passover, Tabernacles, go to a Synagogue and keep Kosher. But if they want to be registered as a Jew and mingle with Jews while retaining Christian beliefs and often wishing to share this with their neighbors, this is seen as a deceitful form of missionizing.”

Essentially the Sanhedrin is saying that if you follow in the same footsteps of Jesus and observe as the Bible says He observed, then you are being deceitful and pretending to be a Jew while “deceitfully” being a Christian.

Ken Mentell’s series evaluates the historical and scriptural facts of what first century Christians believed and observed. He says, “Rabbinic Judaism (Pharisaism) did the same thing to first century Christians as the Sanhedrin just did to modern believers and required that those who follow Jesus Christ and their example remain separate from true Jews.”

“The Elijah Calling” provides a simple guidebook for the Sanhedrin to evaluate if Christians need to be separate from Rabbinic Jews and if Torah observant Christians are false pretenders or Authentic Jews. The question remains if the Sanhedrin will actually read the books or continue to operate under 2,000 years of Oral Tradition on how to treat Christians. Read “The Elijah Calling” and “Elijah vs Antichrist” on Amazon to stay current on this issue before the Sanhedrin. It answers 2,000 years of confusion and explains how to reconcile Jews and Christians.