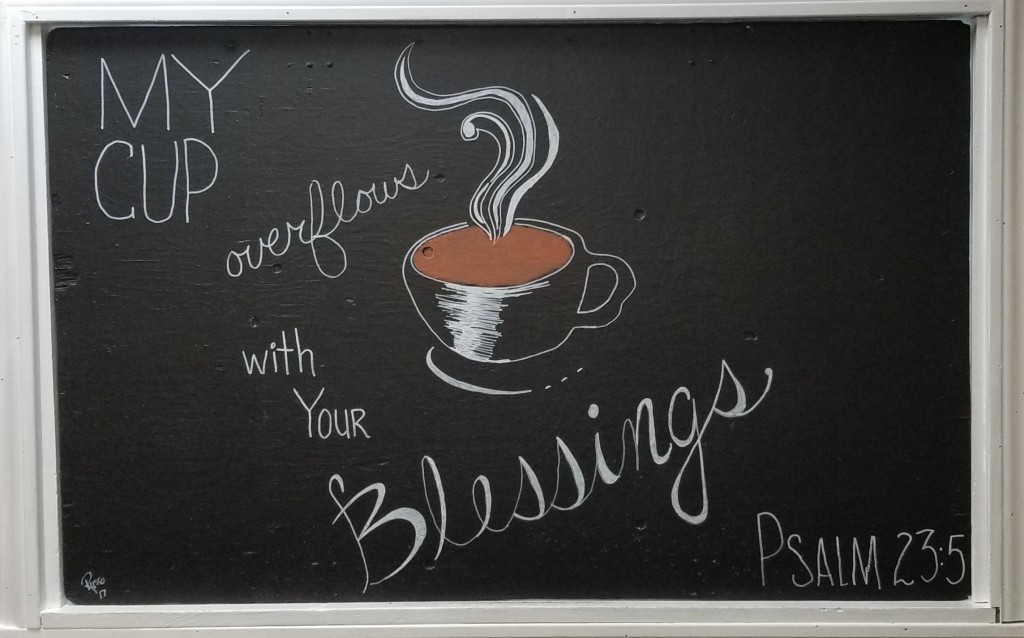 October of 2017 marked the 16th end of Richard Canning’s sixteenth autumn as the chief proprietor of the Upper Room. The two-story coffee house located in West Warwick, Rhode Island is the last remaining one of its kind. In the early 2000’s, Mr. Canning dreamed up the enterprise, a place where Christians and non-Christians would gather to hear music and drink steaming mugs of coffee. In a nod to the second-floor meeting place where Christ washed the feet of His disciples, he would call it The Upper Room. The Upper Room would use private funding to maintain its quirky, warm space and provide soothing, delicious drinks to customers. This would effectively remove the need to make money off of visitors and free The Upper Room to pour its energy into doing what it does best: minister to souls through coffee.

When the needs of an aging mother required his full attention, Mr. Canning knew he could no longer continue to direct the coffee house he’d founded. The time had come to transfer leadership to someone else, or close the ministry entirely. To make matters worse, the outside funding and volunteer work that the ministry relies upon had both dwindled dramatically. With little financial support and no one to stand at the helm, the prospects of The Upper Room looked dim. At the beginning of November 2017, Mr. Canning stepped down. Yet, in the back of his mind, he held tightly to hope. He’d seen God pour His light into murky circumstances before. Like a divine hand guiding a stream of cream into a coffee mug, God would pour Himself out again and lighten the darkness. With much prayer, Mr. Canning gathered a group of men around him. He decided to choose one man to carry on where he had left off. 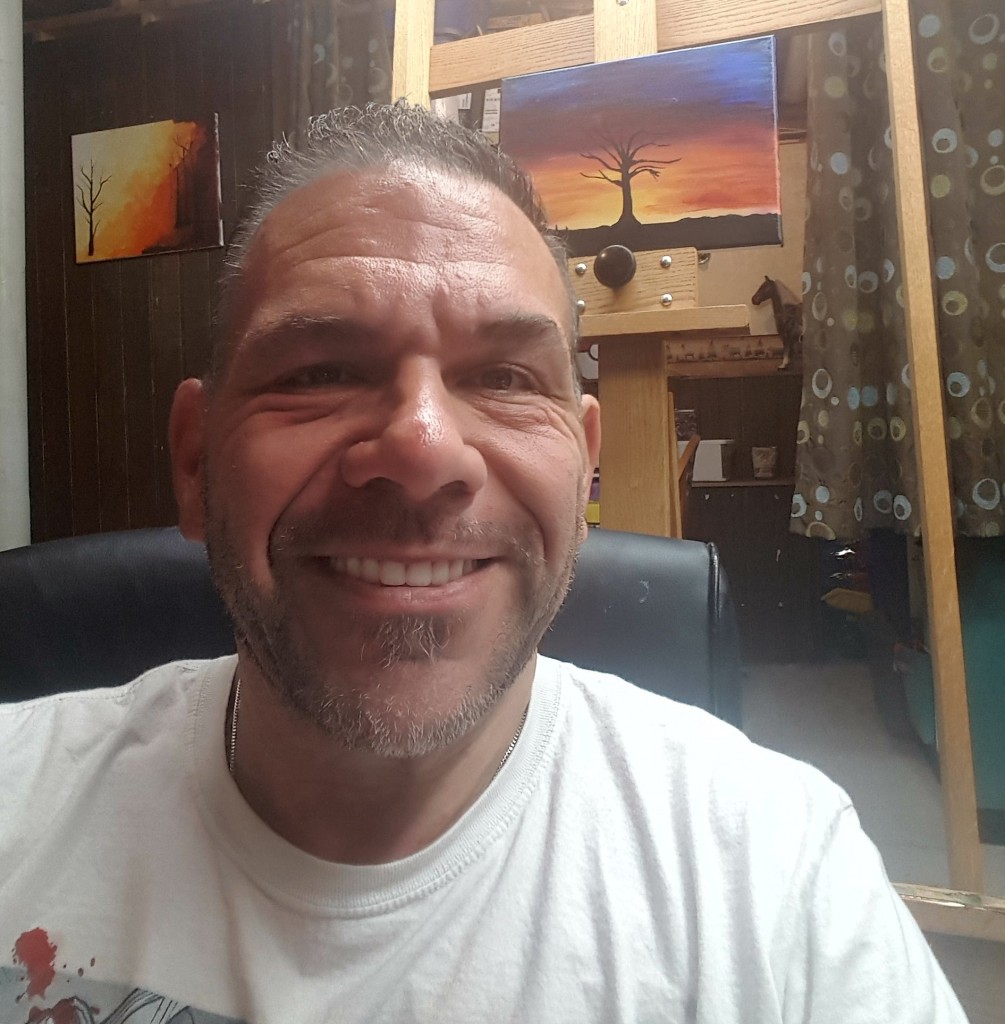 Robert Russo is an Uber driver. He’s a man with a large personality and a large vision, his hands fitting nicely around both a steering wheel and a paint brush. Unsurprisingly, the flexibility and relative independence of shuttling passengers does his artistic soul good. More unexpectedly, his part-time schedule and creative mind are exactly what The Upper Room needs. If Mr. Canning could have ordered a successor from an attentive barista, he would have ordered Robert Russo. Mr. Canning’s fervent prayers, a well-timed Facebook ad, and a carefully planned meeting brought the two men together. Two other men with vital financial connections also attended the meeting. From the outset, it was evident that God was providing all the ingredients necessary to keep the doors of The Upper Room open with the unique gifting’s of the men involved. 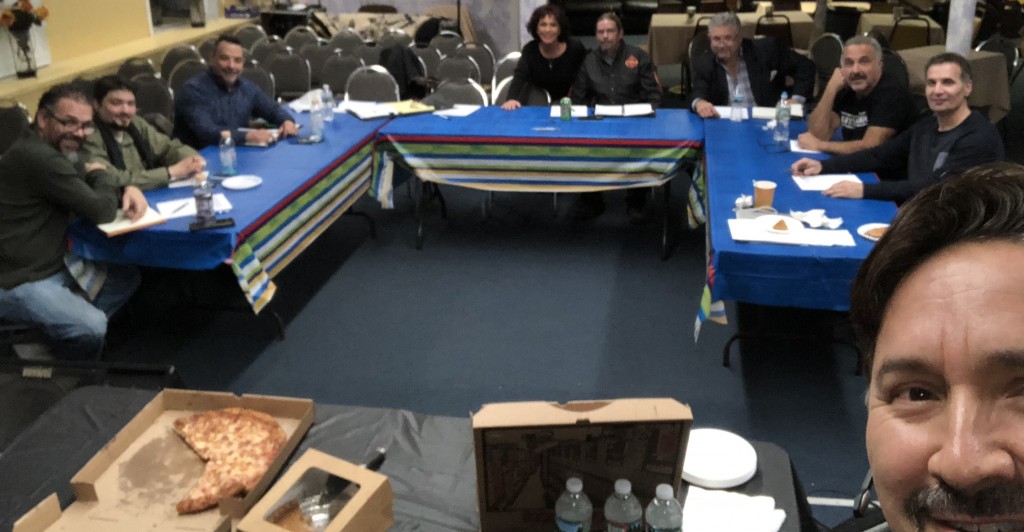 New Board of Directors

A board of directors was formed with these men as the core members. “It was like God made a perfect combination,” says Robert. “I can’t supply the funds, but I have energy and ideas and time to offer. They can’t afford the time, but they can supply the funding.” Robert’s history with coffee shops doesn’t start with The Upper Room. He also founded a coffee shop in a church he’d attended once. “I always longed for it again,” he says. With characteristic charm, God heard Robert Russo’s longing and guided him into West Warwick to fill seventy-year-old Mr. Canning’s shoes and preside over another coffee house.

Robert, whose favorite coffee flavor is caramel, brims with plans for remodeling and revamping the 80’s styled venue. “I have ideas,” he says excitedly, explaining his vision to apply a fresh coat of paint to the walls, install new carpets and build a fully functioning kitchen. He’d like to expand the cafe’s coffee selection to include more flavors and serve a unique, yummy pastry each week baked by an up and coming Johnson and Wales chef.  “I love to make people happy. I love to make them smile.”

In only a few months, Robert has added new value to the coffee house. He’s invited an eclectic group of bands to perform musical genres from contemporary Christian music to bluegrass. Artistic souls can even join a paint night, where laughter and fun reign supreme. “I even bring a wig and do my Bob Ross impression,” laughs Robert. Then, he repeats a classic refrain from painter Bob Ross. “There are no mistakes, only happy little accidents.” Richard Canning would heartily agree.

At this time last year, Robert Russo was in a coma. A surgery gone wrong prompted his doctor to tell Mrs. Russo that her husband had very little time left on earth. Now, a year later, Robert talks about his healthier self and his passion to embrace this new lease on life. “I knew there was more,” he says. And there is. For the Upper Room and for Mr. Russo, the story is just beginning. “Everyone is welcome here. Come as you are,” Robert asks.  “Let me make your first cup of coffee and it’s on me.” 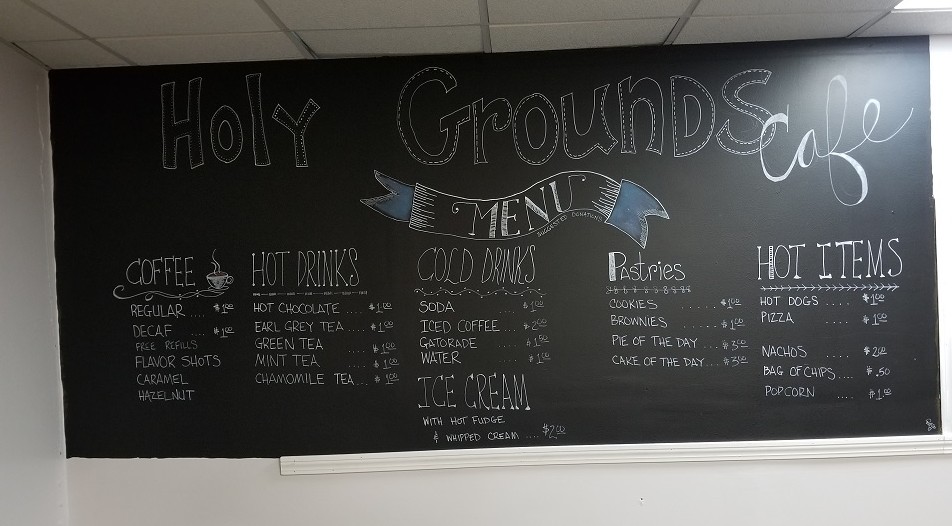 Bob Ross is right. There are only happy accidents. The Upper Room is finding out another truth. With God, there are no endings, only cups that overflow and beginnings that are always freshly brewed.

For more information please contact The Upper Room at 401-828-9400, visit their Facebook page, or just stop by for a coffee and some inspiration. The Upper Room is located at 1221 Main Street, West Warwick, RI 02893