(WNS)–Christian groups in the United Kingdom are recoiling at a government proposal to inspect youth groups, Sunday schools, and scout troops for “undesirable teaching” as part of a greater attempt to combat Islamic State (ISIS).

With at least 700 people from the U.K. having joined ISIS, some of whom have returned to British soil, concerns about combatting terrorist indoctrination are real. But groups such as the Christian Institute say oversight of Christian churches by the Office for Standards in Education (Ofsted) goes too far. 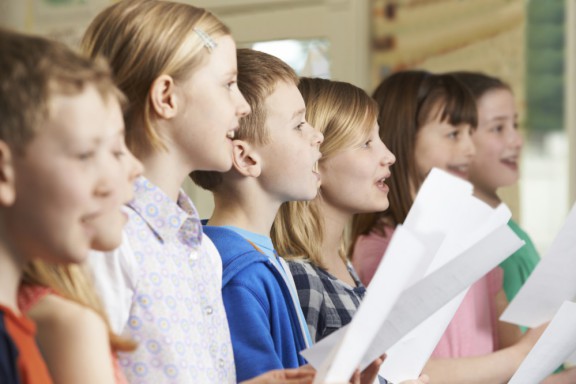 “The idea of having an Ofsted inspector sitting in on your church youth group or Sunday school to see if you are an extremist is, I have to say, highly offensive,” the institute’s president Colin Hart wrote. “Ofsted is hardly equipped to judge the intensely complex and sensitive issues of private religious instruction. … It is, most definitely, not the role of government to attempt such a task.”

In 2014, authorities discovered more than a dozen schools engaged in a plot called “Trojan Horse,” which was using public schools for Islamic indoctrination. Muslim extremists spoke at assemblies, girls were deterred from participating in sports, and one school sponsored a trip to Saudi Arabia for Muslim teachers and students.

But the prime minister painted with a broad brush: “If an institution is teaching children intensively, then, whatever its religion, we will, like any other school, make it register so it can be inspected,” Cameron said during a speech in October. “And be in no doubt: If you are teaching intolerance, we will shut you down.”

The prime minister assigned Ofsted the task of defining extremism and placed it in charge of inspecting any organization teaching children six or more hours per week. Christian leaders are worried this will apply to Sunday schools that go on a weekend trip or hold a summer camp.

Conservative Parliament member David Burrowes is involved with a church club for 100 youths and runs a summer youth camp for 50 teens. He said he wouldn’t allow access to any Ofsted inspectors. “I expect thousands others to join me in refusing to accept [Ofsted’s] new role as religious police,” he wrote to The Telegraph.

The Evangelical Alliance has been working for months to combat the proposal, calling on all church leaders to submit complaints to their members of Parliament. The alliance’s director of advocacy, David Landrum, called the proposal state regulation of private religion and said the new regulation would only single out innocent groups. Extremist groups, he said, likely wouldn’t voluntarily register with the government.

On Jan. 20, 20 members of Parliament gathered to protest the proposal. Conservative member Edward Leigh led the opposition and likened the proposal to Stalinism because it persecutes innocent groups such as sports teams, conservation groups, after school clubs, youth groups, and more.

“We can say with a high degree of certainty that none of them—none of them—is poisoning young minds with extremism,” he said. “The truth is that all these thousands of hobby groups are only being forced to register so the system looks even-handed. The government is terrified of not looking even-handed.”

Before the parliamentary debate, a spokeswoman for the Department of Education countered the backlash by saying the regulations would not apply to Sunday schools, only to places of intensive education. She acknowledged many out-of-school programs run well and said the government would only target the minority of cases where extremism might breed. Cameron himself tried to quench raging fires by saying the oversight would not apply to Sunday schools or scouting organizations.

But Ofsted chief Michael Wilshaw said he plans to carry out the prime minister’s order in full, including checks on Sunday schools. During a radio call-in on London station LBC, a woman asked him if the proposed inspections made Ofsted “thought police.”

“We’re not thought police,” he answered, but said the regulations must be done “in an evenhanded way. … We need to know if a Sunday school is being run. Is it registered? Is it being run properly by people that have been through proper safeguarding checks?”

Burrowes has called for Wilshaw’s resignation and an end to the proposal. If the government does not back down, he plans to call on churches to refuse compliance with state officials.

“Ofsted’s plans smack of the heavy hand of an authoritarian state that has no place in Britain,” he said. “It is an outrageous and unacceptable threat to religious freedom.”