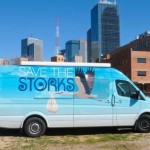 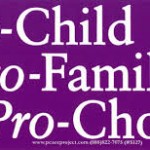 (WNS)–An Indiana bus company that refused to let a pro-life group advertise on city buses in Ft. Wayne is going to have to justify its decision in federal court.  Last fall, Women’s Health Link (WHL), a free pro-life referral service, requested to place dozens of advertising cards on the interior of buses. The ad features a photo of a young woman with the tagline “You’re Not Alone” and the organization’s contact information. But bus service Citilink denied the request twice because WHL’s website discussed “controversial issues” and the group is affiliated with Allen County Right to Life, according to Alliance Defending Freedom, which filed WHL’s lawsuit.  “We feel that this ad does not educate the general public or raise awareness regarding a significant social issue in a viewpoint neutral manner,” a Citilink representative said.  Citilink has allowed other healthcare-related non-profits to advertise on its buses, including Parkview Health, The Foundation for Fighting Blindness, and the United Way.