The words of the late Vince Lombardi, former coach of the Green Bay Packers, seem immortal. “Winning isn’t everything; he once said, “it’s the only thing.” But I don’t believe most people think that. Most people believe there are more important things than winning — integrity, respect, love, commitment. 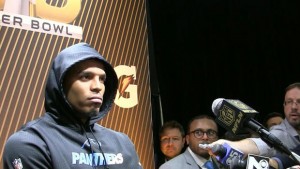 Sports fans were shaken recently when Cam Newton, quarterback for the Carolina Panthers, demonstrated such a poor attitude after the Panthers lost to the Denver Broncos in Super Bowl 50. Newton responded to reporters during a postgame interview with terse exchanges, one word answers, shrugs, and ultimately walking out. The walk-out went viral and made headlines everywhere.

Later, Newton would offer no apology for his actions. He said, “I’m a sore loser. You show me a good loser; I’ll show you a loser.” Newton’s words sounded similar to Lombardi’s words from the past, “Winning isn’t everything, it’s the only thing.”

Newton would also say to those that criticized him for his unfortunate disposition, “Who are you to say your way is right?”

Don’t get me wrong, I’m fully convinced Cam Newton has many fine qualities as a man. His giving away game footballs to kids after each score and the look on the faces of those children, the happiness he brought to them, is nothing less than amazing. It’s reminiscent of the old days of baseball when great players like Babe Ruth hit a home run for a child that was hospitalized and seriously ill. Newton has brought much joy to the game of football for kids that are not only inspired by him to be a great athlete someday, but also want to be like him. 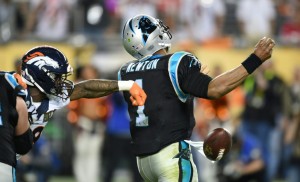 That’s why his “sore loser” comment ought to bother us. That’s why Newton’s existential question; “Who are you to say your way is right?” should trouble us. Kids are watching. They’re listening and taking it all in. And there is something non-negotiable at stake here — something morally absolute — it’s called good sportsmanship — it’s called the Golden Rule.

A good sportsman is someone who can face a loss with dignity, or a victory with humility. At the heart of good sportsmanship is the Golden Rule — the rule that says we should treat others in the same way we would want them to treat us. It’s a concept that can be found in some variation in nearly every religion and ethical tradition. Without it, life is devoid a necessary component to building and maintaining healthy human relationships. Good sportsmanship takes these mores and unequivocally declares that winning is not everything. Winning never takes precedence over principled action.

Kids have to be taught this lesson. Moreover, they have to see it demonstrated in the people they model their lives after.

Let’s not lose our perspective, professional sports, college sports, it may mean a lot to folks. It may even be big business today. Nevertheless, it’s still just entertainment. For kids, it’s about having fun, where skills are learned, friends are made, and life’s lessons are passed along. But it’s just a game.

In 1984, 1988, and 1992, Dan Jansen, American speed skater, suffered a series of disappointments in his attempt to win Olympic Gold. Jansen kept coming back time and time again, until he finally secured the Gold in 1994. How did he keep coming back over and again? Jansen said he learned to keep things in perspective. In Full Circle, he wrote:

“When I was nine years old, I was competing at the youth national championship in Minnesota. I was in good position to win my first national title when, coming around a turn, I tripped on a rubber hose they had set up as a lane marker. That slip cost me the title by one point.

“I started crying. I was crying as Mom took off my skates and during the award ceremonies. I was still crying when we got in the car and when we pulled into our driveway six hours later. My father hadn’t spoken a word to me all the way home. But as we got out of the car, he said quietly, ‘You know, Dan, there’s more to life than skating around in a circle.'”

I suggest this is what young and old alike need to know today and every day. No matter how big or bitter any loss, there is always much more to life than any disappointment we’re facing at that moment. We need to believe this, and we need to teach and model it to our children. Athletes of every sport can help pass it along with profound influence.

And oh, by the way, if you didn’t already know, shortly before he died, Lombardi looked back recalling that quote of his and said, “I wish I’d never said it. I meant the effort. I sure didn’t mean for people to crush human values and morality.”